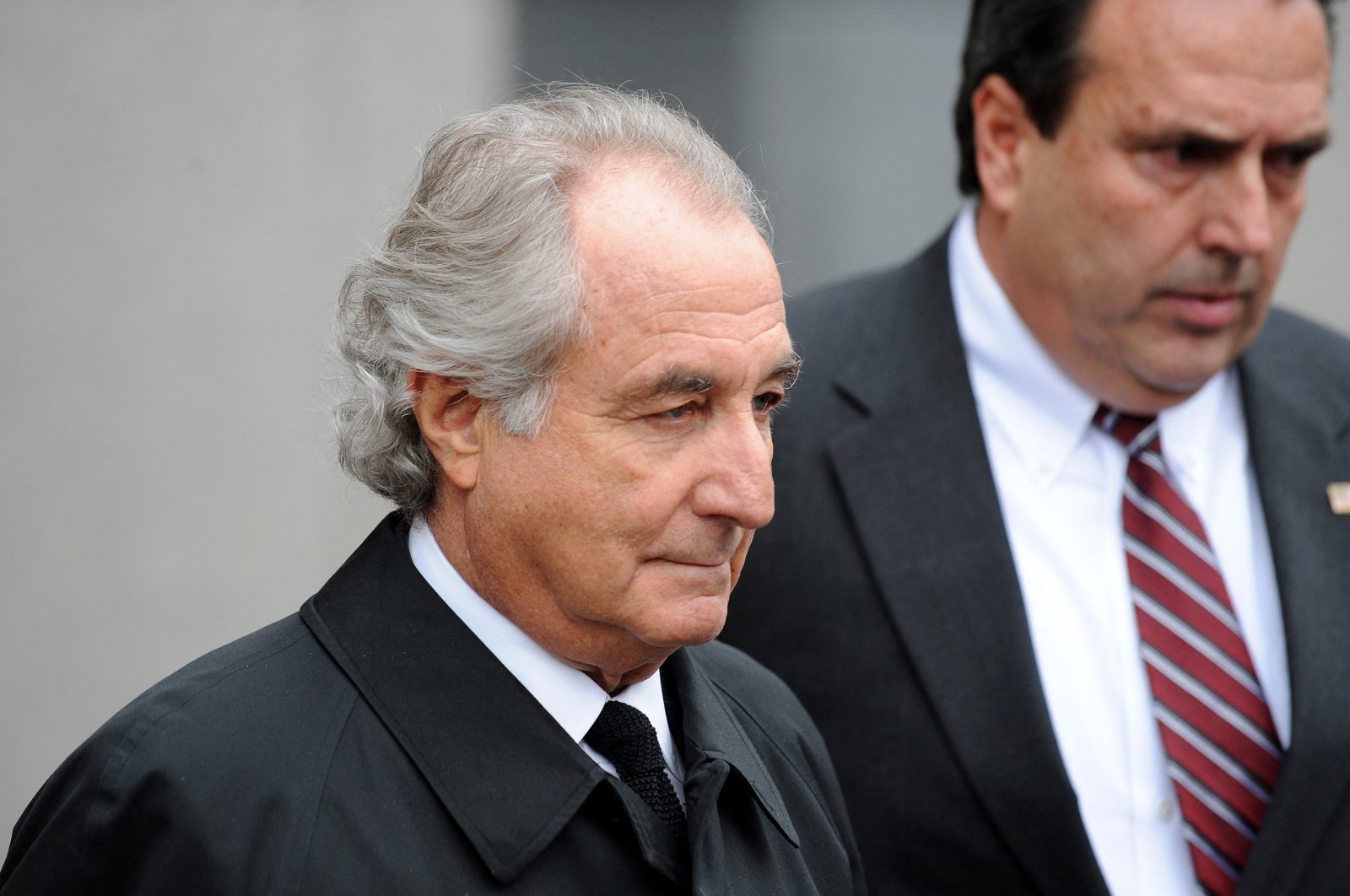 The infamous mastermind of a massive securities swindle, Bernard Madoff died in a federal prison aged 82. With his scheme, he scammed thousands of investors and outfoxed regulators, which eventually earned him a 150-year prison term.

Madoff's death at the Federal Medical Center in Butner, North Carolina, was confirmed by his lawyer and the Bureau of Prisons.

Last year, Madoff's lawyers filed court papers to try to get him released from prison in the coronavirus pandemic, saying he had suffered from end-stage renal disease and other chronic medical conditions. The request was denied.

His death was due to natural causes, a person familiar with the matter told The Associated Press (AP). The person was not authorized to speak publicly and spoke to the AP on the condition of anonymity.

For decades, Madoff enjoyed an image as a self-made financial guru whose Midas touch defied market fluctuations. A former chairperson of the Nasdaq stock market, he attracted a devoted legion of investment clients – from Florida retirees to celebrities such as famed film director Steven Spielberg, actor Kevin Bacon and Hall of Fame pitcher Sandy Koufax.

But his investment advisory business was exposed in 2008 as a Ponzi scheme that wiped out people’s fortunes and ruined charities and foundations. He became so hated he had to wear a bulletproof vest to court.

The fraud was believed to be the largest in Wall Street's history.

Over the years, court-appointed trustees laboring to unwind the scheme have recovered more than $14 billion of an estimated $17.5 billion that investors put into Madoff’s business. At the time of Madoff’s arrest, fake account statements were telling clients they had holdings worth $60 billion.

Madoff pleaded guilty in March 2009 to securities fraud and other charges, saying he was "deeply sorry and ashamed.”

After several months living under house arrest at his $7 million Manhattan penthouse apartment, he was led off to jail in handcuffs to scattered applause from angry investors in the courtroom.

Madoff's attorney in recent years, Brandon Sample, said in a statement that the financier had "lived with guilt and remorse for his crimes” up until his death.

"Although the crimes Bernie was convicted of have come to define who he was-he was also a father and a husband. He was soft-spoken and an intellectual. Bernie was by no means perfect. But no man is,” Sample said.

"Here, the message must be sent that Mr. Madoff’s crimes were extraordinarily evil and that this kind of irresponsible manipulation of the system is not merely a bloodless financial crime that takes place just on paper, but it is instead ... one that takes a staggering human toll,” Chin said.

A judge issued a forfeiture order in June 2009 stripping Madoff of all his personal property, including real estate, investments, and $80 million in assets his wife, Ruth, had claimed were hers. The order left her with $2.5 million.

The scandal also exacted a personal toll on the family: One of his sons, Mark, killed himself on the second anniversary of his father’s arrest in 2010. And Madoff’s brother, Peter, who helped run the business, was sentenced to 10 years in prison in 2012, despite claims he was in the dark about his brother’s misdeeds.

Madoff's other son, Andrew, died from cancer at age 48. Ruth is still living.

Madoff was sent to do what amounted to a life sentence at Butner Federal Correctional Complex, about 45 miles (72.42 kilometers) northwest of Raleigh, N.C. A federal prison website listed his probable release date as Nov. 11, 2139.

Madoff was born in 1938 in a lower-middle-class Jewish neighborhood in Queens. In the financial world, the story of his rise to prominence – how he left for Wall Street with Peter in 1960 with a few thousand dollars saved from working as a lifeguard and installing sprinklers – became legend.

"They were two struggling kids from Queens. They worked hard,” said Thomas Morling, who worked closely with the Madoff brothers in the mid-1980s setting up and running computers that made their firm a trusted leader in off-floor trading.

"When Peter or Bernie said something that they were going to do, their word was their bond,” Morling said in a 2008 interview.

In the 1980s, Bernard L. Madoff Investment Securities occupied three floors of a midtown Manhattan high-rise. There, with his brother and later two sons, he ran a legitimate business as middlemen between the buyers and sellers of stock.

Madoff raised his profile by using the expertise to help launch Nasdaq, the first electronic stock exchange, and became so respected that he advised the Securities and Exchange Commission on the system. But what the SEC never found out was that behind the scenes, in a separate office kept under lock and key, Madoff was secretly spinning a web of phantom wealth by using cash from new investors to pay returns to old ones.

Authorities say that over the years, at least $13 billion was invested with Madoff. An old IBM computer cranked out monthly statements showing steady double-digit returns, even during market downturns. As of late 2008, the statements claimed investor accounts totaled $65 billion.

The ugly truth: No securities were ever bought or sold. Madoff’s chief financial officer, Frank DiPascali, said in a guilty plea in 2009 that the statements detailing trades were "all fake."

His clients, many Jews like Madoff and Jewish charities, said they didn’t know. Among them was Nobel Peace Prize winner and Holocaust survivor Elie Wiesel, who recalled meeting Madoff years earlier at a dinner where they talked about history, education and Jewish philosophy – not money.

Madoff "made a very good impression,” Wiesel said during a 2009 panel discussion on the scandal. Wiesel admitted that he bought into "a myth that he created around him that everything was so special, so unique, that it had to be secret.”

Like many of his clients, Madoff and his wife enjoyed a lavish lifestyle. They had a $7 million Manhattan apartment, an $11 million estate in Palm Beach, Florida and a $4 million home on the tip of Long Island. There was yet another home in the south of France, private jets and a yacht.

It all came crashing down in the winter of 2008 with a dramatic confession at Madoff’s 12th-floor apartment on the Upper East Side. In a meeting with his sons, he confided that his business was "all just one big lie.”

After the meeting, a lawyer for the family contacted regulators, who alerted the federal prosecutors and the FBI. Madoff was in a bathrobe when two FBI agents arrived at his door unannounced on a December morning. He invited them in, then confessed after being asked "if there’s an innocent explanation,” a criminal complaint said.

Madoff responded: "There is no innocent explanation.”

As he had from the start, Madoff insisted in his plea that he acted alone - something the FBI never believed. As agents scoured records for evidence of a broader conspiracy and cultivated DiPascali as a cooperator, the scandal turned Madoff into a pariah, evaporated life fortunes, wiped out charities and apparently pushed some investors to commit suicide.

A trustee was appointed to recover funds – sometimes by suing hedge funds and other large investors who came out ahead – and divvying up those proceeds to victims. The search for Madoff’s assets "has unearthed a labyrinth of interrelated international funds, institutions and entities of almost unparalleled complexity and breadth,” the trustee, Irving Picard, said in a 2009 report.

The report said the trustee has located assets and businesses "of interest” in 11 places: Great Britain, Ireland, France, Luxembourg, Switzerland, Spain, Gibraltar, Bermuda, the British Virgin Islands, the Cayman Islands and the Bahamas. More than 15,400 claims against Madoff were filed.

At Madoff’s sentencing in June 2009, wrathful former clients stood to demand the maximum punishment. Madoff himself spoke in a monotone for about 10 minutes. At various times, he referred to his monumental fraud as a "problem,” "an error of judgment” and "a tragic mistake.”

He claimed he and his wife were tormented, saying she "cries herself to sleep every night, knowing all the pain and suffering I have caused.”

"That’s something I live with, as well,” he said.

Afterward, Ruth Madoff – often a target of victims’ scorn since her husband’s arrest – broke her silence that same day by issuing a statement claiming that she, too, had been misled by her high school sweetheart.

"I am embarrassed and ashamed,” she said. "Like everyone else, I feel betrayed and confused. The man who committed this horrible fraud is not the man whom I have known for all these years.”

About a dozen Madoff employees and associates were charged in the federal case. Five went on trial in late 2013 and watched DiPascali take the witness stand as the government’s star witness.

DiPascali recounted for jurors how just before the scheme was exposed, Madoff called him into his office.

"He’d been staring out the window all day,” DiPascali testified. "He turned to me and he said, crying, ‘I’m at the end of my rope... Don’t you get it? The whole goddamn thing is a fraud.’”

In the end, that fraud brought fresh meaning to "Ponzi scheme,” named after Charles Ponzi, who was convicted of mail fraud after bilking thousands of people out of a mere $10 million between 1919 and 1920.