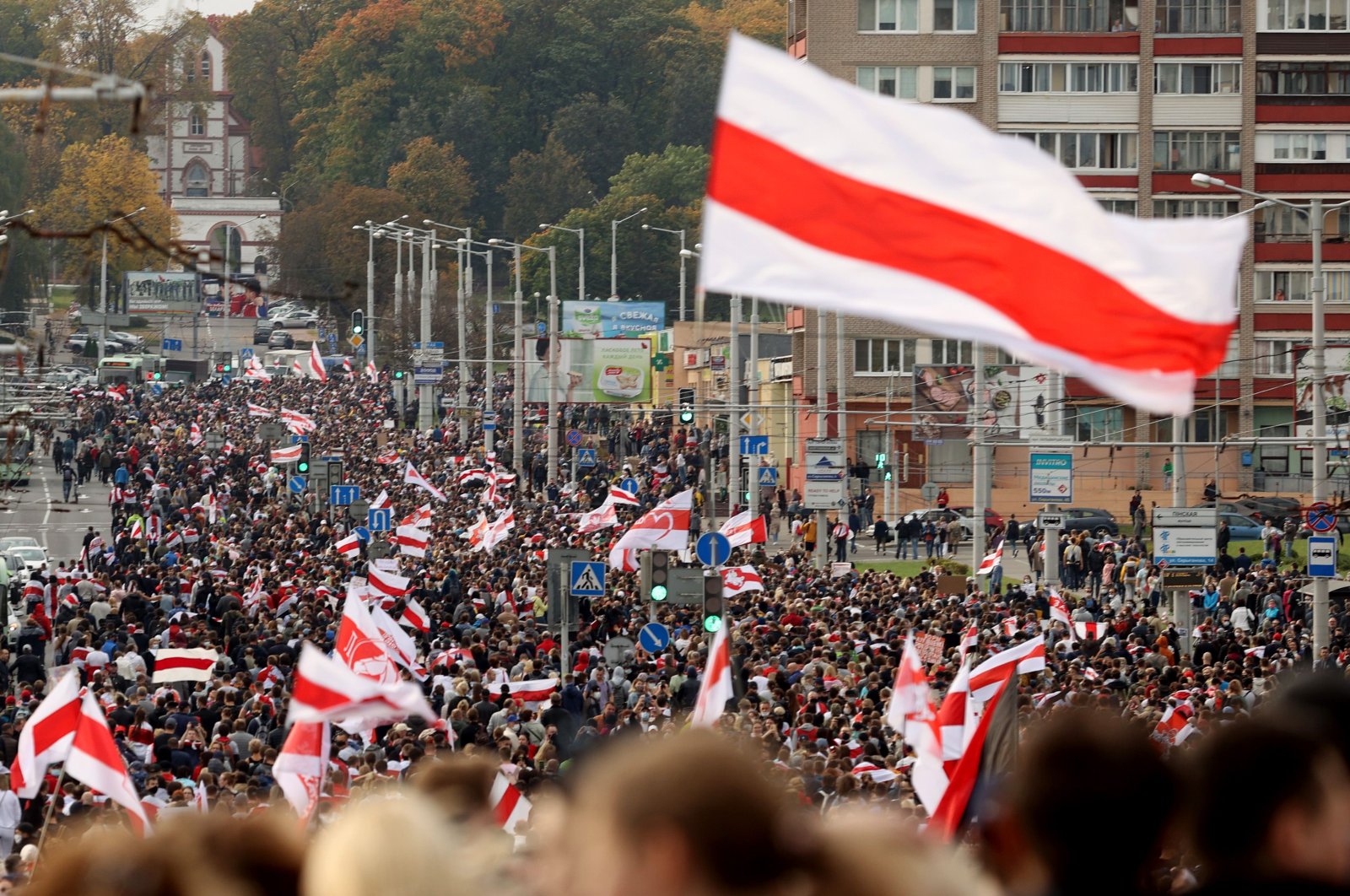 Protesters parade through the streets during a rally demanding the government free jailed activists of the opposition in Minsk, Belarus, on Oct. 4, 2020. (AFP Photo)
by French Press Agency - AFP Oct 08, 2020 6:04 pm
RECOMMENDED

Lithuania has halted payments of millions of euros for Belarus under the European Union cross-border program after the disputed presidential election, a senior official said Thursday.

Deputy interior minister Tautvydas Tamulevicius said the Baltic EU state "stopped all payments for Belarus under joint programs" and was waiting for clarification from the European Commission.

"The total amount of frozen payments is 5.8 million euros ($6.8 million). The decision was taken due to the risk that funds may be misused," he told Agence France-Presse (AFP).

In recent days, the media reported that Belarus used EU funds to buy surveillance drones, sparking concern that they could be used to help crack down on mass protests against strongman President Alexander Lukashenko.

Lithuanian police said they had channeled EU funds to Minsk in May to purchase drones, three months before the disputed Aug. 9 presidential election.

The drones were meant to aid in border surveillance operations tackling illegal immigration and people trafficking, according to the EU's Latvia, Lithuania and Belarus "neighborhood" program.

This EU-funded cross-border cooperation program is aimed "at increasing the overall quality of life in the border regions."

A group of 40 EU lawmakers on Thursday urged authorities in Vilnius and Brussels to "thoroughly investigate" the acquiring of surveillance drones by the Belarusian authorities and "to prevent recurrence of any similar actions."

"A bureaucratic execution of project activities while ignoring the situation on the ground might result in jeopardizing the safety of the Belarusian people," they warned in a public letter.

Lukashenko has led a brutal crackdown against protests that have rocked the country demanding he resign in the wake of the disputed election.

Lithuania has drawn his ire by giving shelter to Belarusian opposition leader Svetlana Tikhanovskaya, who claims to have won the ballot.