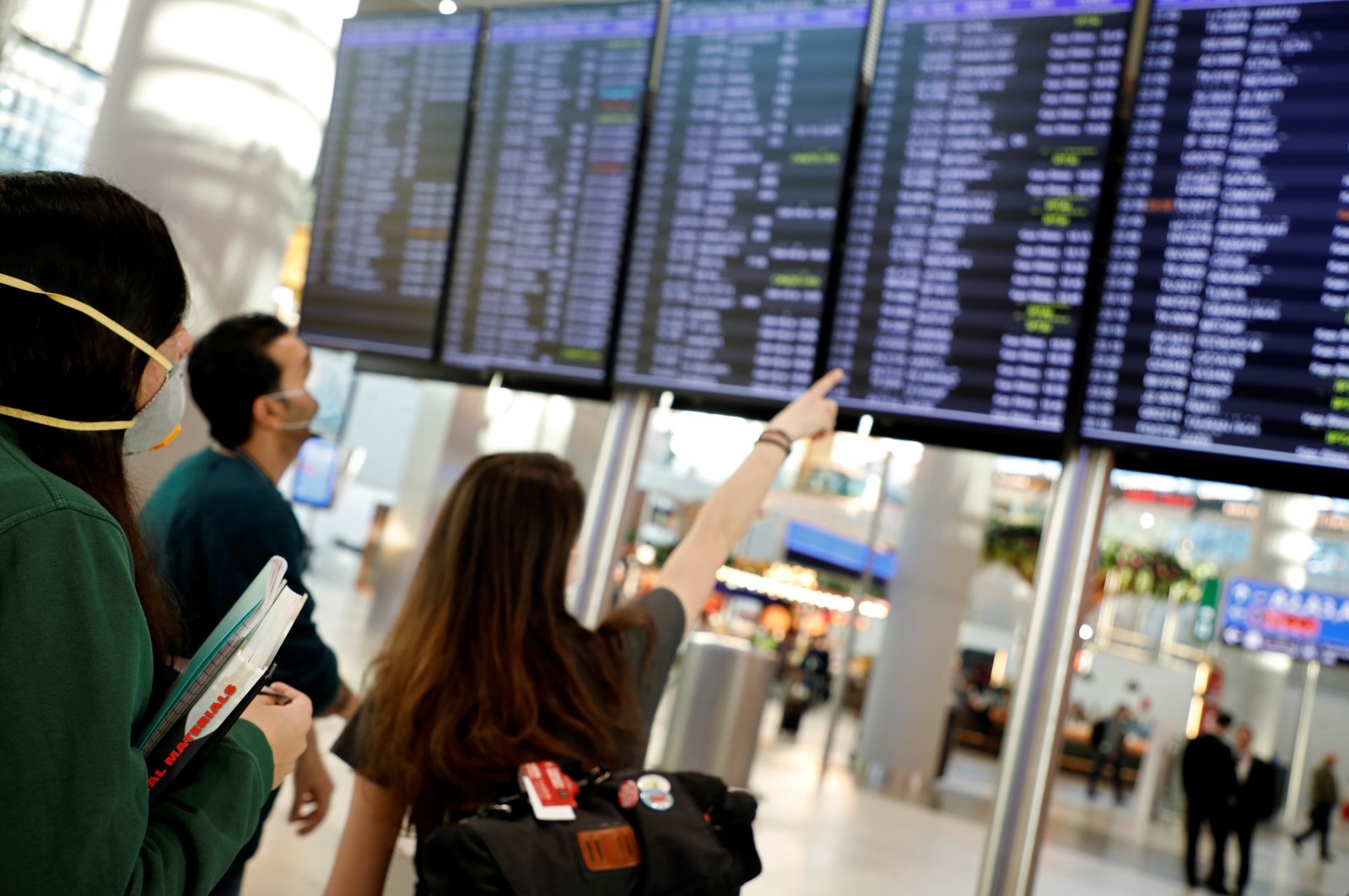 As the new era begins with social distancing and hygiene in focus, passengers entering airports will have to wear gloves and face masks, report their destination addresses, while relatives will no longer be able to enter the terminals

As air travel opens up again soon, Istanbul airports are looking at new trends and ways to adapt their operations to a post-coronavirus period. But the journey through airports will change for everyone, as passengers will have to abide by a new set of rules, including wearing gloves and masks.

If given necessary approval, Istanbul Airport and Istanbul Sabiha Gökçen International Airport are looking to start welcoming passengers again as of May 28, starting first with domestic flights, according to the chief executive officers of both airports, which together served nearly 90 million passengers last year.

"A new era in aviation will begin from now on," said Ersel Göral, the CEO of Sabih Gökçen, Istanbul's main air hub on the city's Asian side which had temporarily halted services on March 28 amid measures to stem the spread of the pandemic.

Flights are aimed to start after Ramadan Bayram, or Eid al-Fitr, the feast after the holy month of Ramadan, to be celebrated at the end of May, said Kadri Samsunlu, the CEO of Istanbul Airport operator, IGA.

Having had its first phase officially opened in October 2018 and taken over air traffic from Atatürk Airport on April 6 last year, the new Istanbul Airport was the busiest airport in the country last year, hosting 52.6 million passengers and serving nearly 330,000 planes, according to the General Directorate of the State Airports Authority (DHMİ) data. Sabiha Gokçen Airport was the third most active airport, serving 35.47 million passengers.

The introduction of coronavirus-related travel restrictions and the closure of national borders led to a 41.3% year-on-year decrease in the four-month figure that stood at 33.7 million, according to DHMİ.

Wearing masks, gloves a must

As part of the new rules, anyone entering the terminal at the airport will be obligated to wear gloves and face masks, Samsunlu told a CNN Türk live broadcast Saturday. "At the airport, the mask needs to be worn permanently, otherwise there will be interventions. Our staff, who are in contact with customers a lot will also wear visors along with masks. Some will wear gloves. Thermal systems will be used at every point," he added.

Istanbul Airport will also attach importance to ventilation and will provide fresh air in the facility, according to Samsunlu. "There is no proven evidence that coronavirus is transmitted while taking a breath, and we know that this disease is transmitted more by droplets. That is why it is being said to wear masks."

The number of daily coronavirus deaths and new cases in Turkey has fallen sharply over the last week from peaks recorded last month.

Passengers will have to report their destination addresses at airports, Samsunlu said.

The size of Istanbul airport will be an advantage in this process, he noted.

"Special disinfectant mats will be placed at the airport entrances. This mat will prevent the transmission of the virus through shoes. The entire terminal will have disinfectant devices," Samsunlu said.

Istanbul Airport will also ensure social distance is preserved in food courts. "The necessary distance between the tables will be provided. Single table use will be allowed at family points. We will ensure that passengers coming alone do not face each other at tables. It's important that passengers feel safe. When passengers look at the airport, they will see that the necessary measures have been taken," said Samsunlu.

He also noted that the opening of the stores at the airport depends on the number of passengers. "It is also important that workers feel safe. Stores themselves will take the decision regarding the opening."

Sabiha Gökçen Airport has moved to a new system with a focus on social distancing and hygiene, Göral said in a statement Saturday.

"Under new rules introduced by the Directorate General of Civil Aviation, no passengers without masks will be allowed into the terminal building," Göral noted. "Also, relatives of passengers will definitely not be able to enter the terminal."

Rapid test kits may be introduced

Göral also said both audio and visual warnings and technological solutions will be used to prevent the densities that may occur especially at terminal entrances and free hall passages.

"We will ensure the adequate distance between people is maintained by better checking passenger rows before security screening; to do so we will continuously check passenger numbers in areas through sensor cameras. This system will allow us to take necessary measures to maintain social distance by sending a message to our security personnel in the field before the number of people exceeds the number determined," he noted.

Facility ventilation, cleaning controls, spraying and disinfection will be done at the airport, Görsel said, adding that hand sanitizers will be positioned at all points of contact for passengers and personnel, while thermal cameras will measure fevers of the passengers arriving at the terminal.

In addition to all these measures, Göral said the use of rapid test kits prior to a flight may also be introduced under the leadership of the Health Ministry and other international institutions.