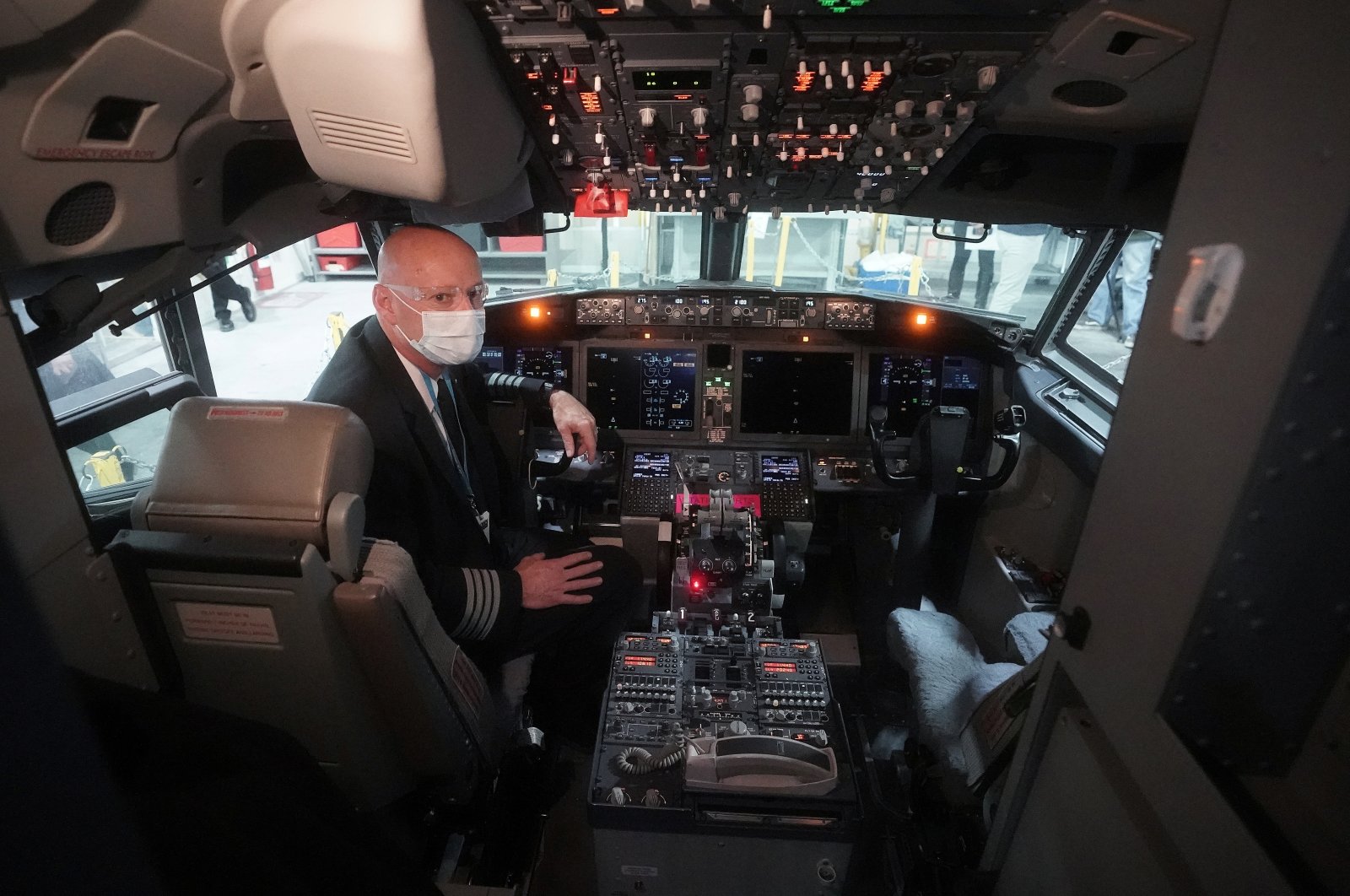 Many might call the 87 passengers who chose to fly on the revamped Boeing 737 Max's maiden public flight Wednesday brave, but the airline industry is hoping other flyers will follow in their footsteps to put hundreds of the jets back in the skies.

U.S. authorities last month gave the green light for the plane to return to service after upgrades in the wake of the two calamities that killed 346 people and resulted in the plane's 20-month grounding.

Wednesday's promotional American Airlines voyage between Dallas, Texas and Tulsa, Oklahoma was intended to reassure the public before American resumes commercial service on the jet on Dec. 29.

As he welcomed passengers, pilot Pete Gamble testified to the plane's safety and reliability.

"The systems changes, the scrutiny the airplanes are going through, plus the training that we've enforced, has really brought back the confidence level," Gamble told Agence France-Presse (AFP) after the flight.

"It needed to go through the scrutiny. It did," he said.

Before flying the Max, each American pilot is required to undertake a two-hour training course on a computer tablet, followed by an hour of flight simulator training and two hours with a colleague where pilots react to different flying scenarios.

Aside from some turbulence along the way, Wednesday's 50-minute flight to Tulsa proceeded uneventfully.

Throughout, passengers donning face masks because of the coronavirus and separated by a seat due to social distancing measures betrayed no obvious anxiety.

The everyday passenger not steeped in aviation will see no obvious markers of the Max. The safety cards in the pockets of the seats give only the numbers 737, though the wheel labels the jet as a "73-8x."

American has said that all customers who buy tickets on the plane will be notified of flights employing the Max. The carrier will provide alternative trips to passengers who don't want to fly on the plane.

"Safety is our No. 1 priority," said American Chief Operating Officer David Seymour. "There are no exceptions."

In Tulsa, Roger Steele, a 34-year veteran at American Airlines, is overseeing the process of readying the jets so they can return to the skies.

Steele said he has always loved the Boeing 737 Max and was present when the giant U.S. carrier received its first jets.

All the aircraft must go through four days of intense work before being cleared for service.

Teams work 24 hours a day at a warehouse on two planes at a time to check the pressure on the tires, the hydraulic systems, the motors and other plane parts.

All of these steps are mandated by the U.S. Federal Aviation Administration, which last month authorized the plane to return to service under strict protocols.

Around 20 Max planes are still on the tarmac.

Maintenance crews were on hand "to make sure that this aircraft is ready for your family, for my family, all of our loved ones, to get on board," said Erik Olund, who manages the maintenance base.

His teams neatly took care of the planes while they were grounded, with staff members checking the humidity in the plane's fuel tanks or installing pillows in the motors to prevent animals from getting in.

Pilots repeat the mantra: There is no risk to flying on the 737 Max.

The Max will make its first commercial flights in 20 months between Miami and New York on Dec. 29.