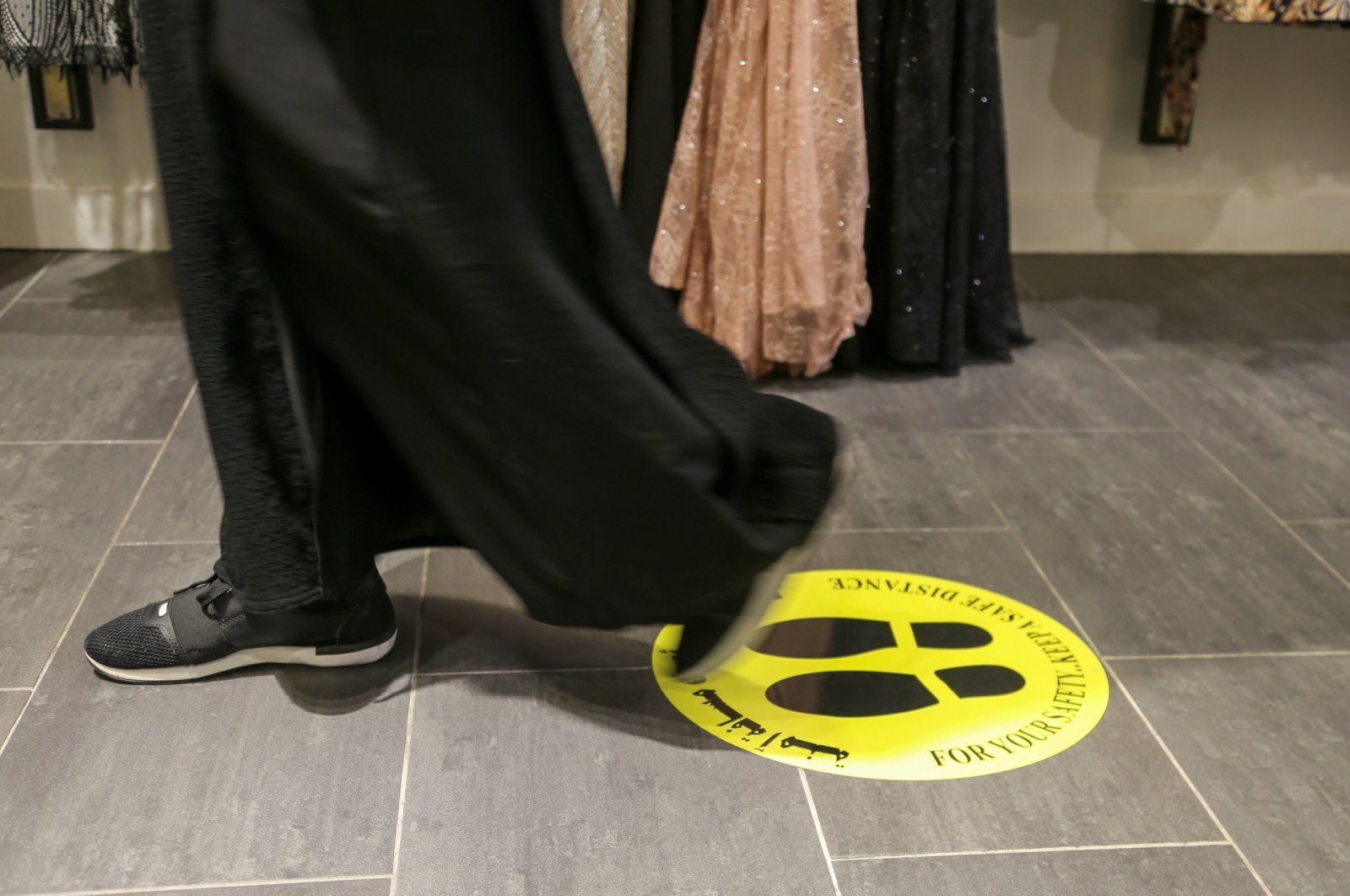 A Saudi woman walks across a social distancing marker at a shopping center, as preventive measures against the spread of the coronavirus disease, in Riyadh, Saudi Arabia, May 3, 2020. (Reuters Photo)
by ASSOCIATED PRESS May 11, 2020 10:11 am
RECOMMENDED

Saudi Arabia announced Monday it was tripling taxes on basic goods, raising them to 15%, and cutting spending on major projects by around $26 billion as it grapples with blows from the coronavirus pandemic and low oil prices on its economy.

Saudi citizens will also lose a bonus cost-of-living allowance that had been in place since 2018, according to the country’s finance minister.

Despite efforts to diversify the economy, the kingdom continues to rely heavily on oil for revenue. Brent crude now hovers around $30 a barrel, far below the range Saudi Arabia needs to balance its budget. The kingdom has also lost revenue from the suspension of Muslim pilgrimages to the holy cities of Mecca and Medina, which were closed to visitors due to the virus.

The new measures are the most drastic yet by a major Gulf Arab oil producer since oil prices plunged by more than half in March, signaling that neighboring countries may also seek to impose higher taxes on residents this year. The International Monetary Fund projects that all six energy producing Gulf Arab states will be in economic recession this year.

"We are facing a crisis the world has never seen the likes of in modern history, a crisis marked by uncertainty,” Saudi finance minister and acting minister of economy and planning, Mohammed Al-Jadaan, said.

"These measures that have been undertaken today, as tough as they are, are necessary and beneficial to maintain comprehensive financial and economic stability," he said in a statement published on the state-run Saudi Press Agency.

In the first quarter of 2020, state revenues were down 22% from the same time last year, with the deficit reaching $9 billion, or 34 billion riyals. Oil revenues specifically were down 24%, compared to the same quarter last year.

To cover the budget deficit, Saudi Arabia drew $26.8 billion from its net foreign assets in March in what economists say marked the fastest monthly contraction in more than two decades. Moody’s ratings agency said it expects Saudi foreign exchange reserves to decline below $375 billion at the end of 2021, down from $488 billion at the end of 2019.

Despite far-reaching decisions by Saudi Arabia to contain the virus, such as shuttering mosques for prayers nationwide and imposing curfews on major cities, the kingdom – like other countries – has struggled to curb its spread. Saudi Arabia has had some 39,000 confirmed cases of the coronavirus, including 246 deaths.

The decision to cut $26 billion in expenses or about 100 billion Saudi riyals, includes canceling, extending, or postponing some operational and capital expenditures for government agencies, as well reducing costs for major Vision 2030 projects that are the centerpiece of Crown Prince Mohammed bin Salman's economic transformation plan.

Additionally, the government will discontinue the cost-of-living allowance, starting in June. Those allowances had cost the state about $13.5 billion annually.

Saudi Arabia said it would also increase value-added tax from 5% to 15% as of July. The tax on most goods and services was first introduced in Saudi Arabia in 2018 as a way to increase revenue.

Al-Jadaan explained that the shock of low oil demand, coupled with the suspension of local economic activity due to curfews and lockdowns across the kingdom and unexpected additional spending on health care created the need to take such steps.

Meanwhile, the poorest Saudis will continue to receive benefits. The government said Sunday it deposited more than half a billion dollars, or 2.18 billion riyals, into the so-called "Citizen's Account” for May that helps more than 12 million low-earning Saudis. Since its inception, the program has paid some $19.5 billion to citizens with average monthly support per family about $240.