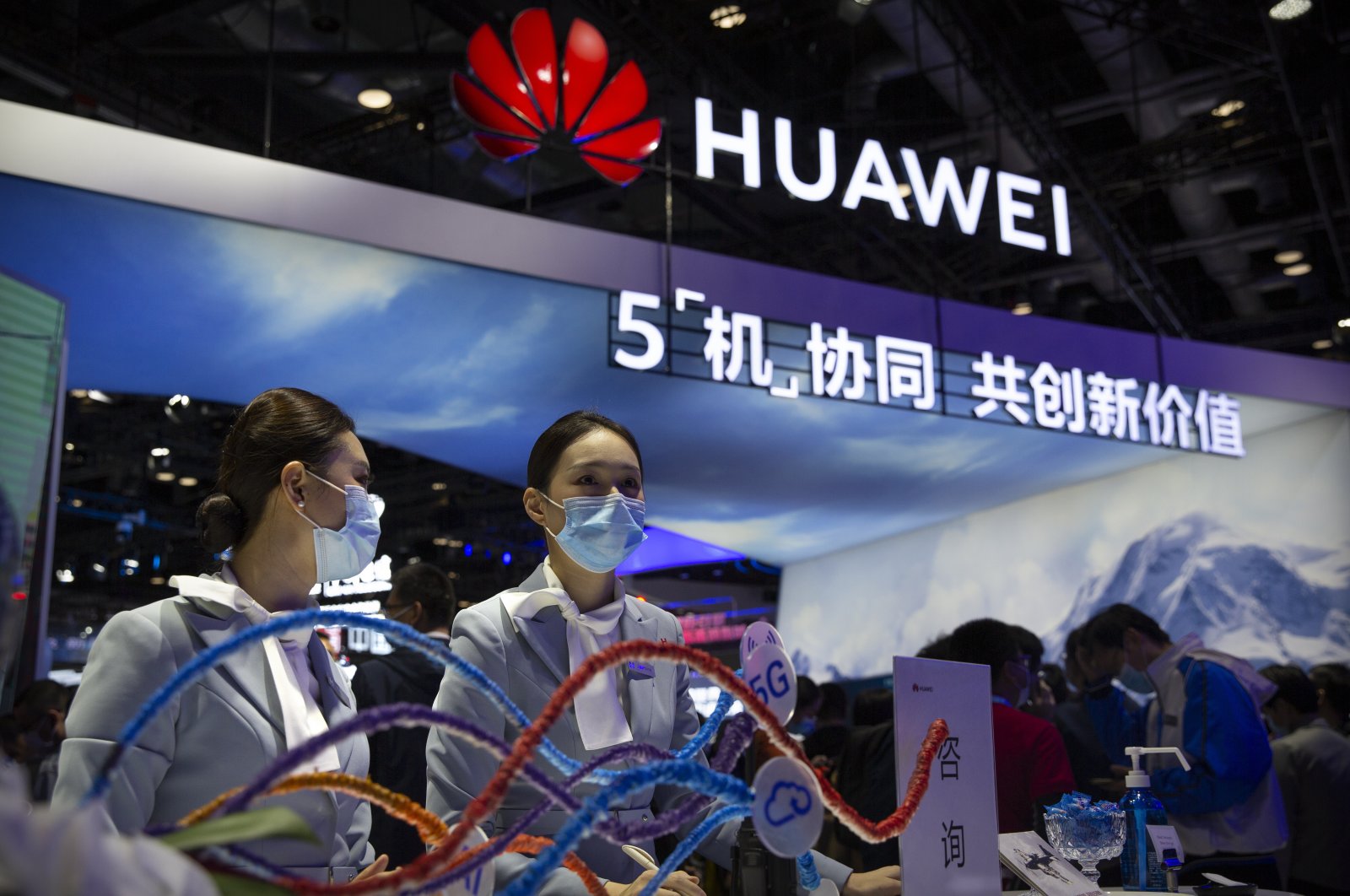 Staff members wearing masks to protect against the coronavirus stand at a booth from Chinese technology firm Huawei at the PT Expo in Beijing, Oct. 14, 2020. (AP Photo)
by REUTERS Oct 20, 2020 11:30 am

Swedish regulators on Tuesday banned the use of telecom equipment from China's Huawei and ZTE in its 5G network ahead of the spectrum auction scheduled for next month.

The Swedish Post and Telecom Authority (PTS) said the setting of the license conditions followed assessments by the Swedish Armed Forces and the Swedish Security Service.

European governments have been reviewing the role of Chinese companies in building their networks following pressure from the United States, which says they pose a security threat because, among other concerns, Chinese companies and citizens must by law aid the state in intelligence gathering.

The United Kingdom in July ordered Huawei equipment to be purged completely from Britain’s 5G network by 2027, becoming one of the first European countries to do so.

Huawei and ZTE did not immediately respond to requests for comment on the decision by Sweden.

PTS said companies taking part in the auction must remove Huawei and ZTE gear from existing central functions by Jan. 1, 2025.

The regulator defined central functions as equipment used to build the radio access network, the transmission network, the core network and the service and maintenance of the network.