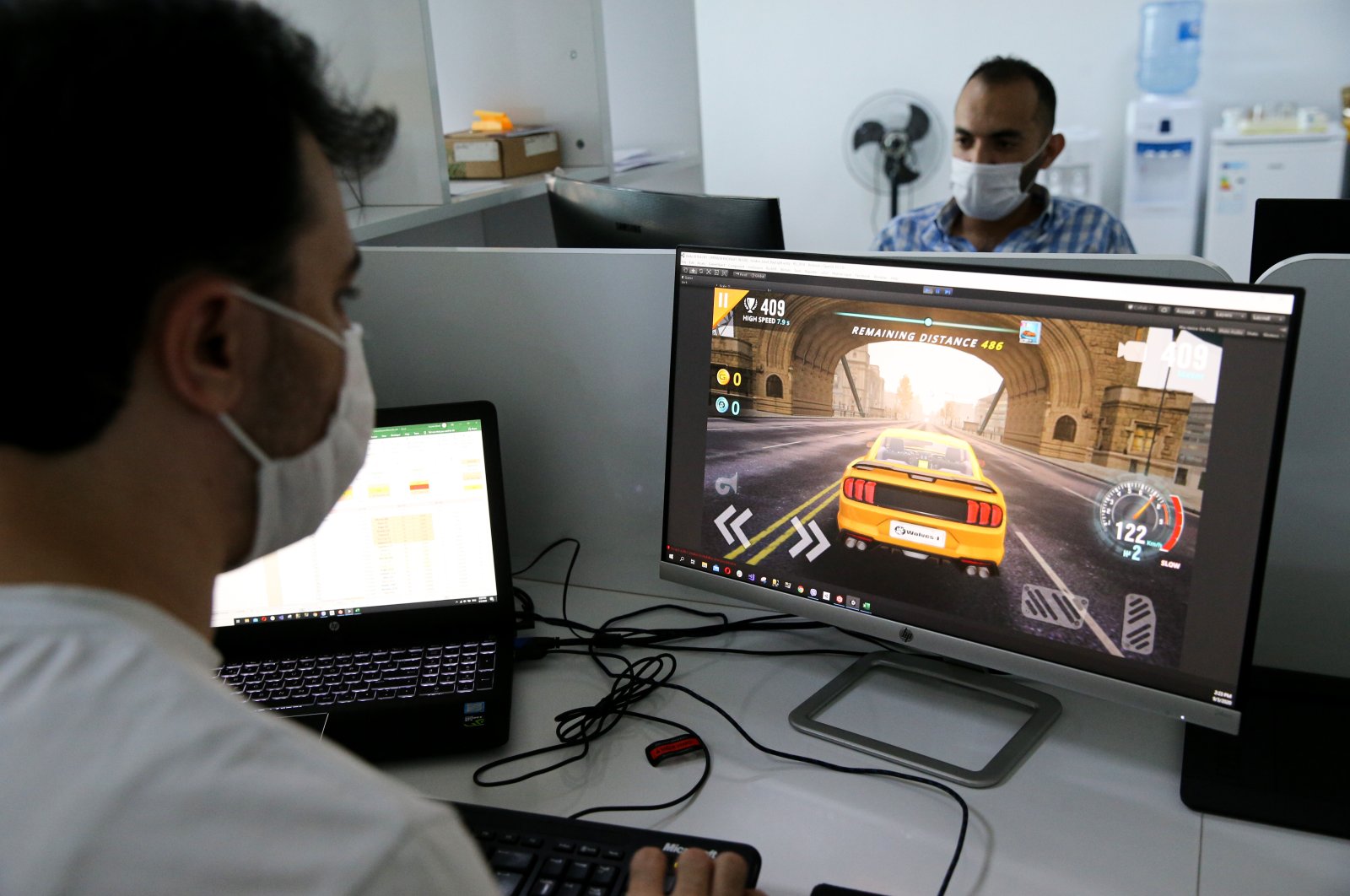 A mobile game developed by a firm established in Istanbul by four Syrians – who escaped their home country in 2011 due to the civil war – has been downloaded 45 million times.

The company Wolves Interactive was initially established in 2016 by electric engineer Ahmed Allazkani, software specialists Khaled Almouthtar and Karam Bwidani and 3D design specialist Wael Dayoub under the roof of the Teknopark of Yıldız Technical University.

The company’s game titled "Traffic Tour" has been downloaded by 45 million mobile phone users around the world, while another game also developed by the Syrian partners, named "Motobike," was downloaded by 5 million people. The company aims to reach 250 million gamers in two years.

Through the games, which have been translated into 16 languages so far, Wolves Interactive has provided $800,000 (nearly TL 6 million) in foreign exchange input to Turkey.

Founding partner Ahmet Allazkani told Anadolu Agency (AA) that he has been living in the country for eight years and founded the company to develop mobile games with his partner who had been in the business back in Syria.

The small-scale company currently employs 15 people, 20% of whom are Turkish, while the rest are Syrians, he said, emphasizing their aim of increasing the number of employees to 50 within the next three years.

Stating that most of the employees are Syrian engineers, Allazkani said: "We provide programming and 3D expertise training. This sector is tough. The mobile game sector is not very similar to the computer sector. There are many features. That's why we provide special training. All of our team members received training here.”

Allazkani said that their company is currently looking for an investor as the mobile game sector has good outcomes but one cannot advertise without investment. If there are no ads, “nobody will download the game," he said.

Allazkani said their aim is to become an international company but they do not accept every advertisement to be shown in their games.

“We'll earn more if we accept every ad, but we don't do that. We do not accept advertisements that may harm children,” he said.

Allazkani, who is a Turkish citizen and speaks the Turkish language, also commented on the development process of Turkey’s game sector, which has gained a great deal of attention recently.

He added that the company is currently facing some obstacles as they are not able to attend sectoral fairs held within the country or abroad due to a special permit process, and not all of their employees have been able to receive citizenship.

Ramazan Ceyhan, the general manager of the company, also told AA that “thanks to the games developed by the company, it will reach more than 50 million users in the near future.”

Ceyhan added that the company has business partnerships with international companies such as Sony, Apple and Google.