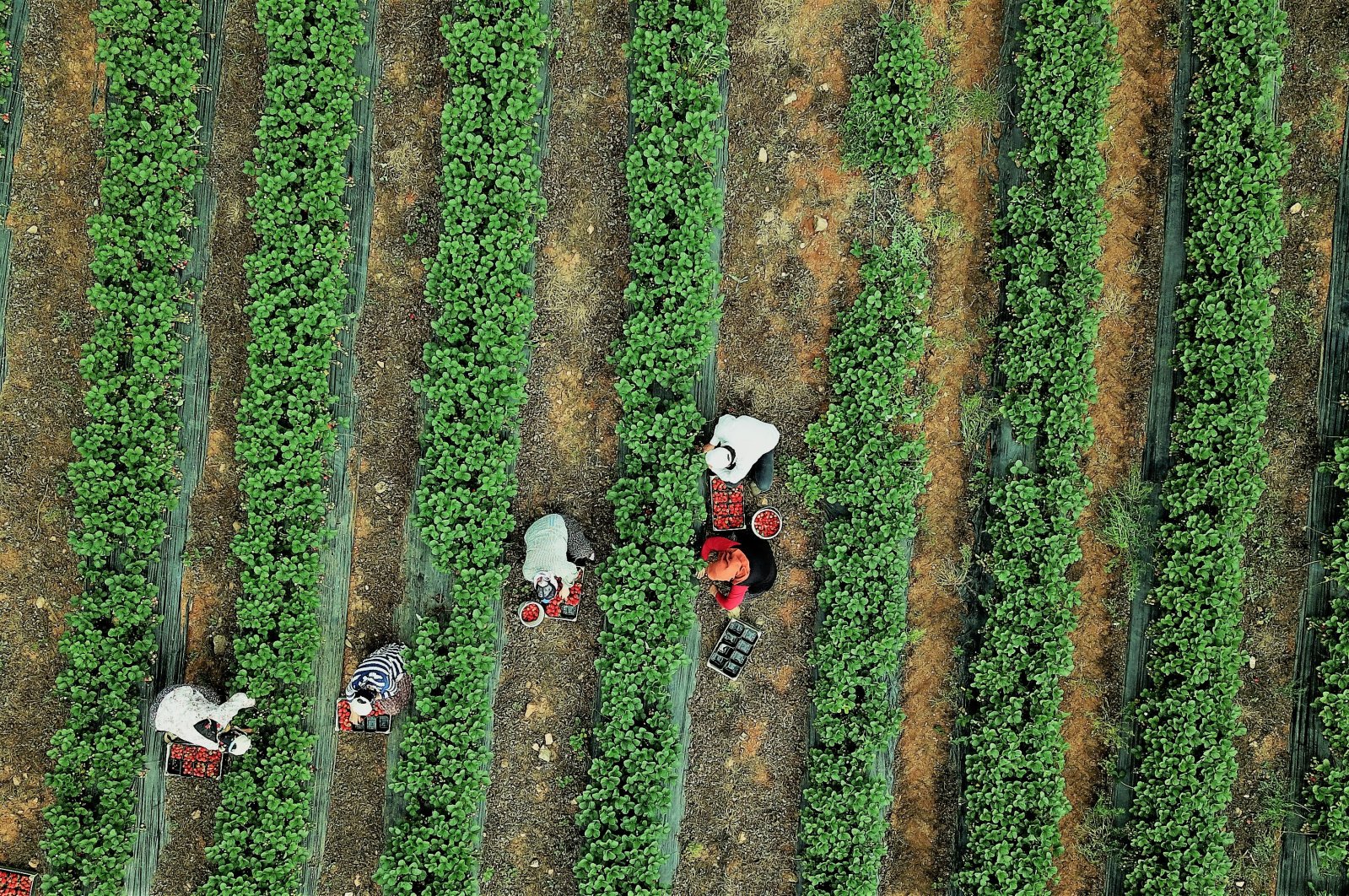 The negative impact of global warming and the aridity of soils are considered among the most important reasons for the increase in the need for water. Yet, despite the negative development, artificial intelligence (AI) technology is being used to consume existing resources more efficiently.

According to agricultural engineer A. Ömer Yuluğ, founder of SmartMole’s, the population growth rate, migration, global warming, as well as the pollution of groundwater, especially with the use of excessive chemicals, fertilizers and irrigation, may lead to water poverty between 2025 and 2040. However, it is possible to protect water resources in agriculture with cyber-physical technologies that are compatible with natural laws.

Yuluğ’s SmartMole’s enables farmers to save as much as 50% water and fertilizer with its cyber-physical technologies.

Yuluğ stressed that there is a potential of 112 billion cubic meters of usable water in total, Yuluğ touched on the water shortage in Turkey and how to save money in water usage areas.

Precautions before getting water-poor

Countries with annual water consumption of less than 1,000 cubic meters per person are considered water-poor.

In addition to the population growth rate between 2025 and 2040, migration, global warming, depletion of clean water resources indicate that water poverty and food adequacy will be at risk due to the pollution of groundwater, especially with excessive chemicals, fertilizers and irrigation. Some 73% of the water should not be used in agriculture anymore.

Yuluğ stated that the problem of operating the drip irrigation method in surface irrigation efficiency continues all over the world. “It is not enough to change the irrigation method. This physical structure needs management technologies compatible with nature in order to serve the water needs of the creature, microclimate, climate, vegetative period, soil and plant health, efficient use of water and energy, etc.,” he noted.

Yuluğ also stated that they support the protection of biodiversity in the soil with our technology.

“With the ability to define the effective root zone for the first time in the world, we support the use of restorative agricultural instruments in the protection and increase of bacteria and microorganisms in this region,” Yuluğ continued. “Domestic and national SmartMole’s agriculture 5.0 sensor and water management technology school is a first in the world. It is 100 percent compatible with the laws of nature. We have developed this product, and it is the duty of farmers and local administrations to benefit nature and their businesses by demanding it.”

Getting rid of human-based errors

Yuluğ stated that with smart irrigation technologies, it is possible to prevent water and fertilizer from escaping under the effective root zone of the plant and to manage irrigation systems in real-time.

“We must eliminate human errors. The way to achieve this will be the widespread use of artificial intelligence-supported cyber-physical Agriculture 5.0 technologies that can learn from people who are experts in the subject and produce paradigms about the unknown in accordance with the laws of nature,” he said.

While determining and meeting the different water needs of the plants during their growth periods, they can achieve more than the scientifically expected savings from that irrigation method without causing yield loss, the engineer said.

“SmartMole’s destroys the part that pollutes the nature and harms the farmer between the scientific goals and the use of water, fertilizer, labor and chemicals that the farmer is realizing. By eliminating human errors, we can be successful in doing what should be within the framework of the laws of nature by ensuring that farmers see what they cannot see and that they are trained,” Yuluğ noted.