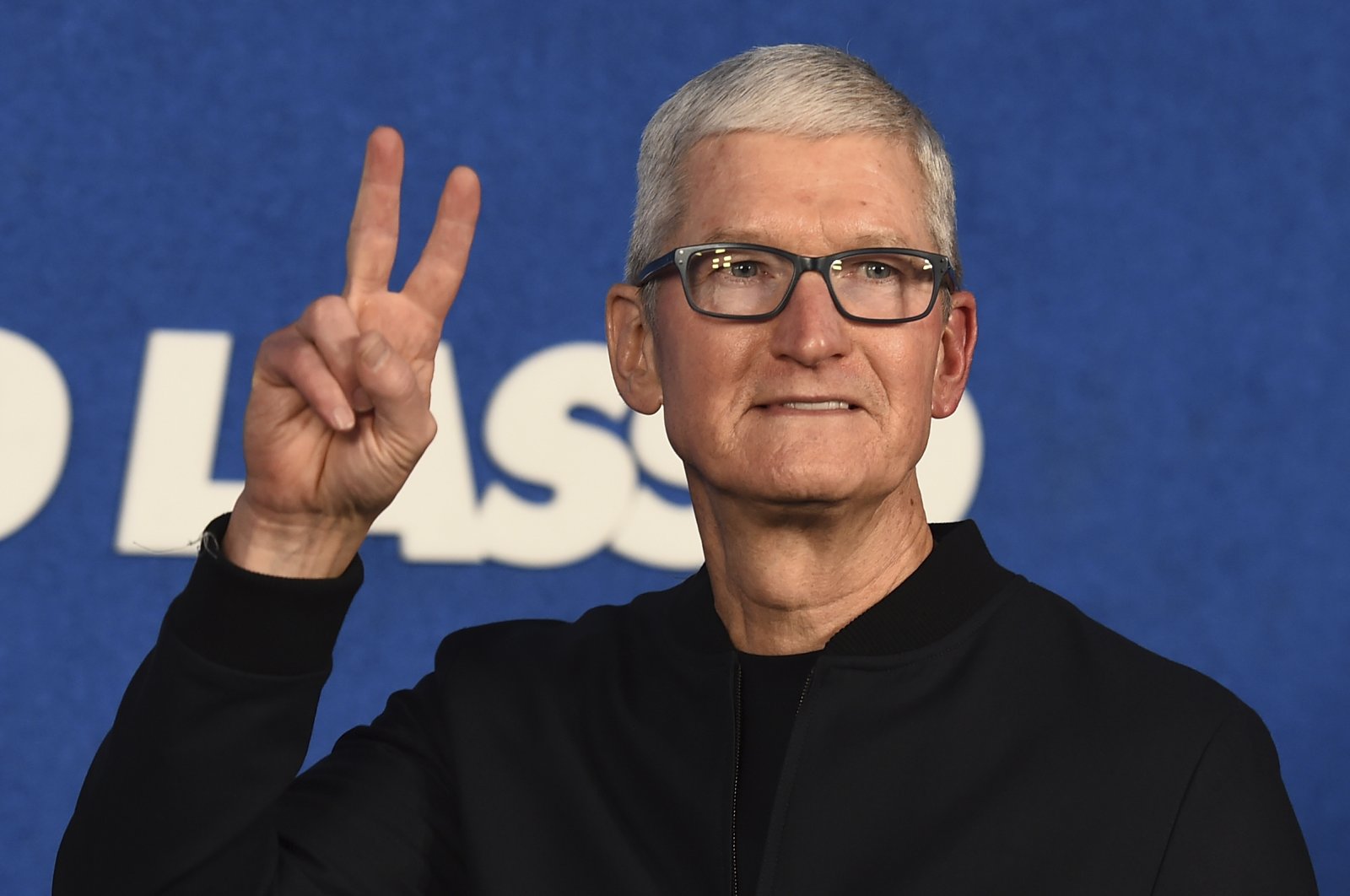 Apple CEO Tim Cook arrives at the premiere of the second season of "Ted Lasso" on Thursday, July 15, 2021, at the Pacific Design Center. (Photo by Jordan Strauss/Invision/AP)
by Reuters Jul 27, 2021 11:39 pm
RECOMMENDED

Apple Inc. on Tuesday reported quarterly sales and profits that beat analyst expectations as consumers bought premium versions of its 5G iPhones and signed up for the company's subscription services.

Apple's strongest sales growth came from China, where Chief Executive Tim Cook told Reuters that customers are buying up accessories such as the Apple Watch to pair with their iPhones. China sales grew 58% to $14.76 billion in the fiscal third quarter ended June 26.

"It wasn't just iPhone. We set a new quarterly record for Mac, for wearables, home and accessories, and for services" in China, Cook told Reuters in an interview. "It was our strongest geography."

Apple also appears so far to have avoided a major hit from a global chip shortage.

The results come as investors who once worried that Apple was too dependent on sales of its signature computing device, the iPhone, have pushed the company's value to nearly $2.5 trillion, more than doubling in about three years.

Instead of a risk, those investors have now come to see the iPhone as the consistent center of a constellation of related purchases in the Apple ecosystem, from watches and wireless earbuds to apps and paid services.

Apple launched its iPhone 12 models, all of which can connect to faster 5G wireless networks thanks to chips from Qualcomm Inc, later than usual last year. Because that delay pushed some iPhone purchases that would normally happen in the company's first fiscal quarter into the second, executives had warned investors to expect a steeper drop in iPhone sales than usual in the third quarter as consumers start holding back on purchases in anticipation of a new generation of phones this fall.

But impetus to upgrade to 5G appeared to be driving a better buying cycle for iPhones than many analysts expected. Apple said iPhone sales were $39.57 billion, up nearly 50% from a year earlier and above analyst expectations of $34 billion.

Cook told Reuters that Apple's iPhone 12 Pro and 12 Pro Max, the premium tier of the device, were strong sellers. That helped pushed gross margins to 43.3%, above estimates of 41.9%, according to Refinitiv.

The other major driver of Apple's results was its services business, which includes paid subscriptions for television and music as well as its App Store. Services revenue reached a record high of $17.49 billion, up by a third from a year earlier and above analyst expectations of $16.33 billion. Cook told Reuters that Apple now has 700 million subscribers on its various platforms, up from 660 million a quarter earlier.

Cook said Apple set quarterly sales records in many of its first-party services, including its AppleCare hardware insurance plans, which had slowed somewhat during the pandemic when many of the company's retail locations were closed.

But Apple did have setbacks. Last quarter, Apple had told investors that a global chip shortage could hold back sales by $3 billion to $4 billion, primarily due to shortages of secondary chips made with older technology used in iPads and Macs.

Cook told Reuters that Apple was limited in how many Macs and iPads it could sell because of chip shortages but that the hit to Apple's overall revenue from the shortage was "lower than the low end" of its previously forecasted range. Sales of iPads and Macs were $7.37 billion and $8.24 billion, compared with analyst expectations of $7.15 billion and $8.07 billion, according to Refinitiv data.

In the longer term, Apple's services business faces regulatory risks. The company's practice of charging commissions of 15% to 30% to developers who sell in its App Store and requiring them to use Apple's payment system could face scrutiny from regulators in the United States and Europe, where legislators are also proposing laws that could curtail some of Apple's practices.

A ruling is also expected in the coming months in an antitrust lawsuit filed against Apple by "Fortnite" creator Epic Games.