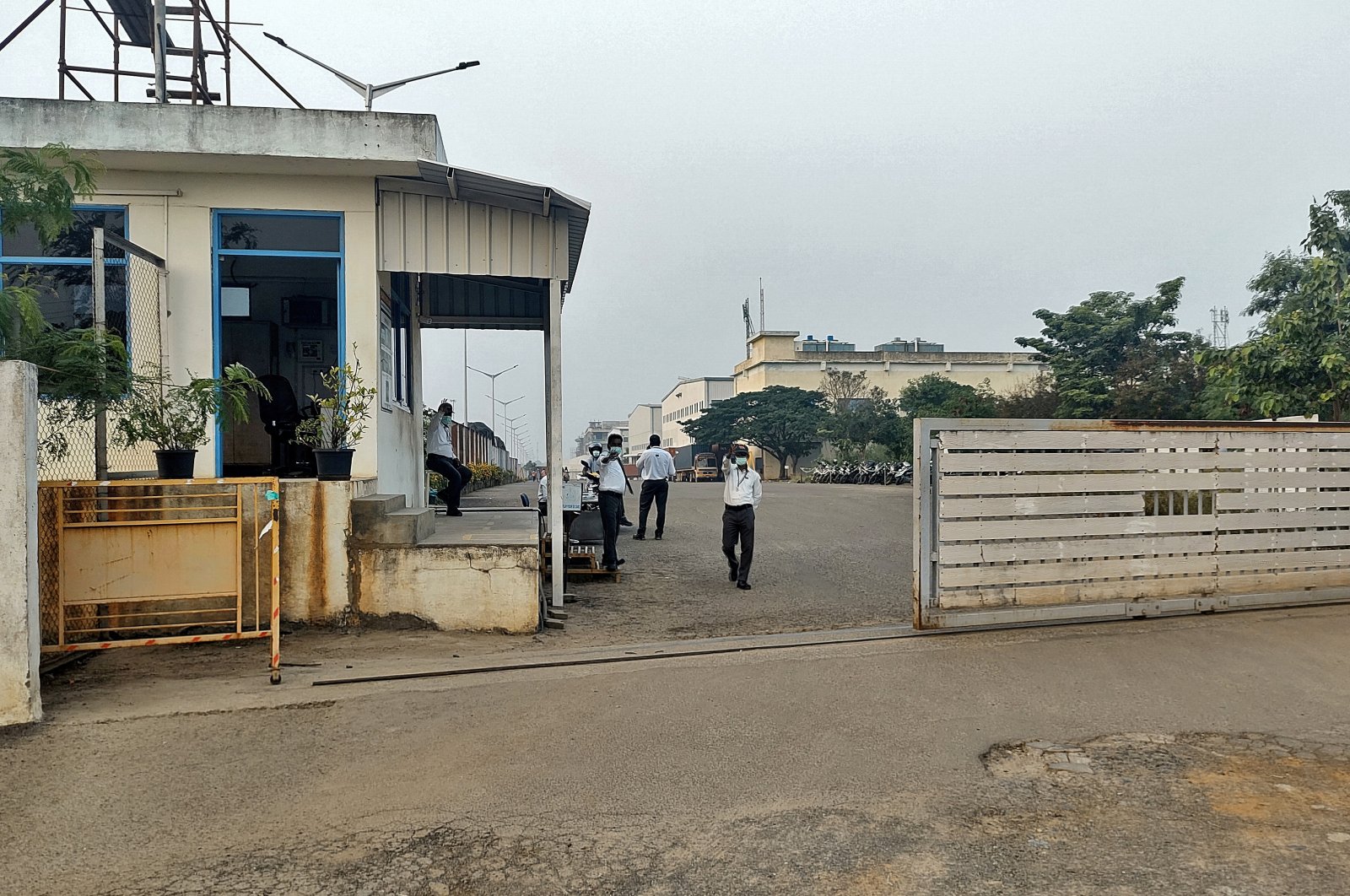 Private security guards stand at the entrance of a closed plant of Foxconn, which makes iPhones for Apple Inc., near Chennai, India, Dec. 22, 2021. (Reuters Photo)
by DAILY SABAH WITH AGENCIES Dec 29, 2021 12:01 pm
RECOMMENDED

Apple said on Wednesday that it has placed its iPhone factory of Foxconn in India on probation after both a mass food poisoning and protests over workers' living conditions, as it was found that some remote dormitories and dining rooms used for employees did not meet required standards.

The latest action comes on the heels of protests that erupted earlier this month after more than 250 women who work at the Foxconn plant in Sriperumbudur town, near the southern city of Chennai, and live in one of the dormitories, had to be treated for food poisoning.

The plant, which employs some 17,000 people, was closed on Dec 18. Apple and Foxconn didn’t say when they expected it to reopen.

Apple did not detail what being on probation meant. When it placed the southern India plant of another supplier, Wistron Corp, on probation after unrest last year, it said it would not award the Taiwanese company new business until it addressed the way workers were treated.

More than 150 employees at the factory were hospitalized for food poisoning, Reuters had reported on Dec. 18.

An Apple spokesperson said on Wednesday it had dispatched independent auditors to assess conditions at the dormitories "following recent concerns about food safety and accommodation conditions at Foxconn Sriperumbudur."

Apple said it had found that some of the remote dormitory accommodations and dining rooms being used for employees did not meet its requirements and that it was working with the supplier to ensure a comprehensive set of corrective actions, adding that it will ensure its strict standards are met before the facility reopens.

Foxconn said it was "very sorry for the issue our employees experienced and are taking immediate steps to enhance the facilities and services we provide at the remote dormitory accommodations."

"We are also restructuring our local management team and our management systems to ensure we can achieve and maintain the high standards that are needed," a Foxconn spokesperson said.

Earlier this week, Reuters had reported that Foxconn as well as 11 of its contractors, including those who provide food and living facilities, were summoned for a meeting with the state government and that officials had asked Foxconn to review services provided to the workers, including power backup at the hostels, food and water.

Apple has long faced criticism about the treatment of workers at its partner factories in China, particularly after a spate of suicides at the industrial park of Foxconn in Shenzhen in 2010.