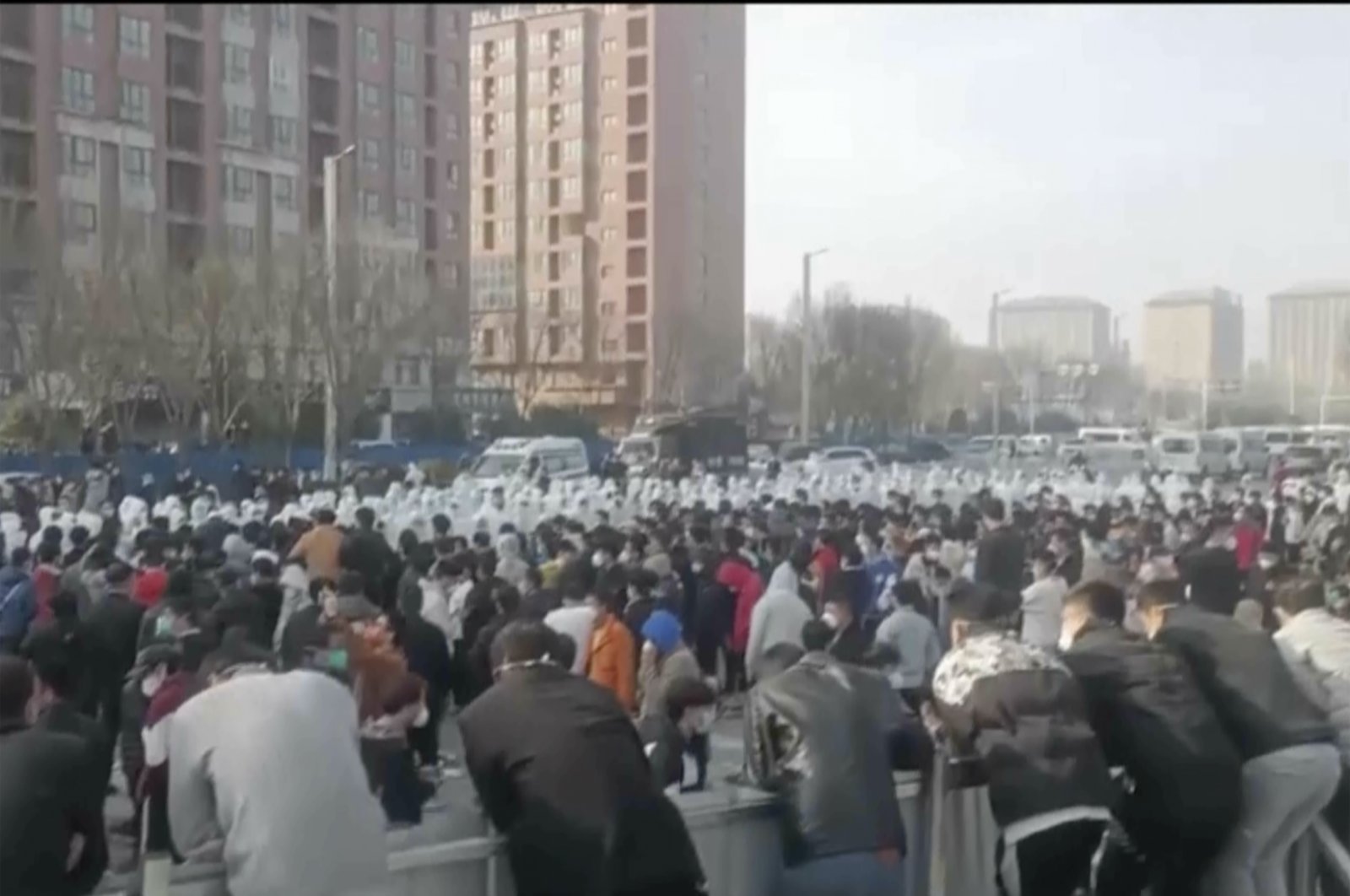 Apple's major supplier Foxconn said on Thursday a "technical error" occurred when hiring recruits at a COVID-hit iPhone factory in China and apologized to workers after the company was rocked by fresh labor unrest.

Men smashed surveillance cameras and clashed with security personnel as hundreds of workers protested at the world's biggest iPhone plant in Zhengzhou city on Wednesday, in rare scenes of open dissent in China sparked by claims of overdue pay and frustration over severe COVID-19 restrictions.

Workers said in videos circulated on social media that they had been informed that Foxconn intended to delay bonus payments. Some workers also complained they were forced to share dormitories with colleagues who had tested positive for COVID-19.

"Our team has been looking into the matter and discovered a technical error occurred during the onboarding process," Foxconn said in a statement, referring to the hiring of new workers.

"We apologize for an input error in the computer system and guarantee that the actual pay is the same as agreed and the official recruitment posters."

The latest unrest has exposed communication problems and mistrust of Foxconn management among some staff, with some workers accusing the company of not acting effectively to curb the spread of COVID-19 and then misleading them over wages.

Foxconn's apology on Thursday was an about-face from a day earlier when it said it had fulfilled its payment contracts.

The largest protests had died down by Thursday and the company was communicating with employees engaged in smaller protests, a Foxconn source familiar with the matter told Reuters.

The person said the company had reached "initial agreements" with employees to resolve the dispute and production at the plant continued on Thursday.

The Taiwanese company said it would respect the wishes of recruits who wanted to resign and leave the factory campus and would offer them "care subsidies". A screenshot of a message to employees from Foxconn, seen by Reuters, showed the subsidies amounted to 10,000 yuan ($1,400) per worker.

Zhengzhou announced on Wednesday that it would conduct mass coronavirus testing as China reported a record 31,444 new daily cases of locally acquired COVID-19.

In some ways, Foxconn's Zhengzhou plant operates like a small city. Home to over 200,000 workers, the compound has dormitories, restaurants, basketball courts and a football pitch across its sprawling roughly 1.4 million square meter facility.

The factory, which makes Apple Inc. devices including the iPhone 14 Pro and Pro Max, accounts for 70% of iPhone shipments globally.

Foxconn workers told Reuters the Apple supplier used an apartment complex near the factory to house infected workers and their close contacts when the outbreak first emerged in October.

Apple said it had staff at the factory and was "working closely with Foxconn to ensure their employees' concerns are addressed”.

Several shareholder activists told Reuters the protests showed the risks Apple faces through its reliance on manufacturing in China.

"The extreme dependence of Apple on China, both as a (consumer) market and as its place of primary manufacturing, we see that a very risky situation,” said Christina O’Connell, a senior manager for SumOfUs, a nonprofit corporate accountability group.

Reuters earlier reported that iPhone output at the Zhengzhou factory could slump by as much as 30% in November following worker unrest last month and that Foxconn aimed to resume full production there by the second half of the month.

The factory has been rocked by worker unrest and discontent since October.

Some staff fled the campus rather than submit to Foxconn's so-called closed-loop system, which requires workers to live and work on-site.

Foxconn shares closed up 0.5% on Thursday, versus a 1.2% gain in the broader market.