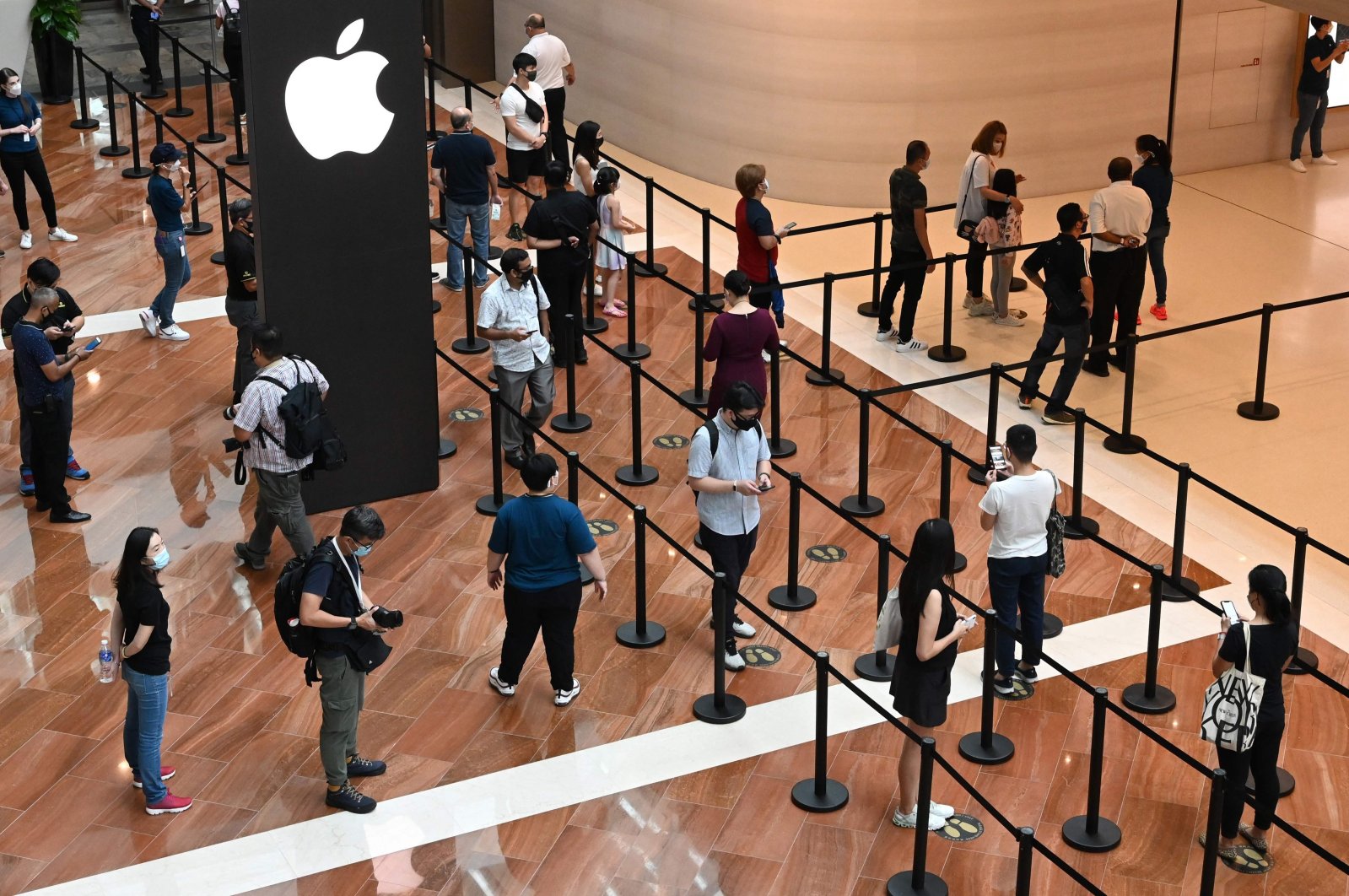 Apple is expected to spotlight its smartwatch, iPad and subscription services on Tuesday as it strives to reignite growth with a must-have holiday line-up.

A keenly anticipated iPhone 5G considered vital to the company's fortunes will likely star in a separate event later in the year due to disruption in production caused by the pandemic, according to analysts interviewed by Agence France-Presse (AFP).

Apple shares that had been soaring have slipped by more than 7% this week. The Silicon Valley-based iPhone maker on Friday had a market value of $1.92 trillion based on share price, down from a record high of $2.3 trillion at the start of this month.

The Apple event was teased with a cryptic invitation reading "Time Flies." The company has remained mum about what it has in store.

It is expected to showcase products or services other than iPhones being launched for the year-end shopping season. That opens the potential for updates of Apple Watch, iPad, MacBook computers, services and even Apple TV set-top boxes, according to analysts.

A new iPad model could include enhanced augmented reality capabilities, and Apple services such as music, news and television might be offered in an attractively priced subscription bundle, analysts said.

The latest software powering Apple Watch already indicates sleep tracking is coming, and the company may enhance features for fitness or health uses.

"There is competition in the smartwatch space, but Apple is the sales leader by a large margin and there is room for Apple to build on its lead," said Techsponential lead analyst Avi Greengart. "Apple has admitted they are at least working on monitoring blood sugar with the watch; it would be enormous if they could pull that off."

Apple Watch also serves as an anchor to the tech giant's mobile software, since it syncs with the iPhone. "The key part for Apple is to keep the base of iPhone users and sell them a ton of accessories like AirPods and get services," said analyst Patrick Moorhead of Moor Insights and Strategy.

The time is ripe for Apple to hit the market with an iPhone tailored for super-fast 5G telecom networks taking root around the world.

Greengart is among those expecting Apple to host a separate event, perhaps in October, for new iPhone models including one for 5G telecom networks.

5G networks are touted as promising an exponential leap in the amount and speed of wireless data, enabling advances in self-driving vehicles, virtual reality, connected health and more as sensors and servers communicate instantly.

"Apple absolutely needs 5G right now," Greengart said. "Not for the U.S. but for China where 5G is driving purchase decisions."

Apple rivals have already introduced 5G models and China is far ahead of the U.S. when it comes to the new generation networks.

"5G is happening in China with or without Apple. In fact, more 5G phones than non-5G phones are selling in China," said analyst Moorhead.

"U.S. carriers are waiting for Apple to announce a 5G iPhone to put the pedal to the metal in the U.S."

U.S. telecom firms are looking at a 5G iPhone as a catalyst for consumer interest that will justify big investments needed for those networks, according to analysts.

New generation 5G networks have also taken shape in South Korea and in parts of Europe.

"Because of all the supply chain rumors saying the iPhone is running a little late, they will want to announce it closer to the launch date," said Technalysis Research chief analyst Bob O'Donnell.

Baird senior research analyst William Power said in a report to investors that Apple's "ecosystem" looks strong due to its wearables, services, and the potential 5G iPhone.