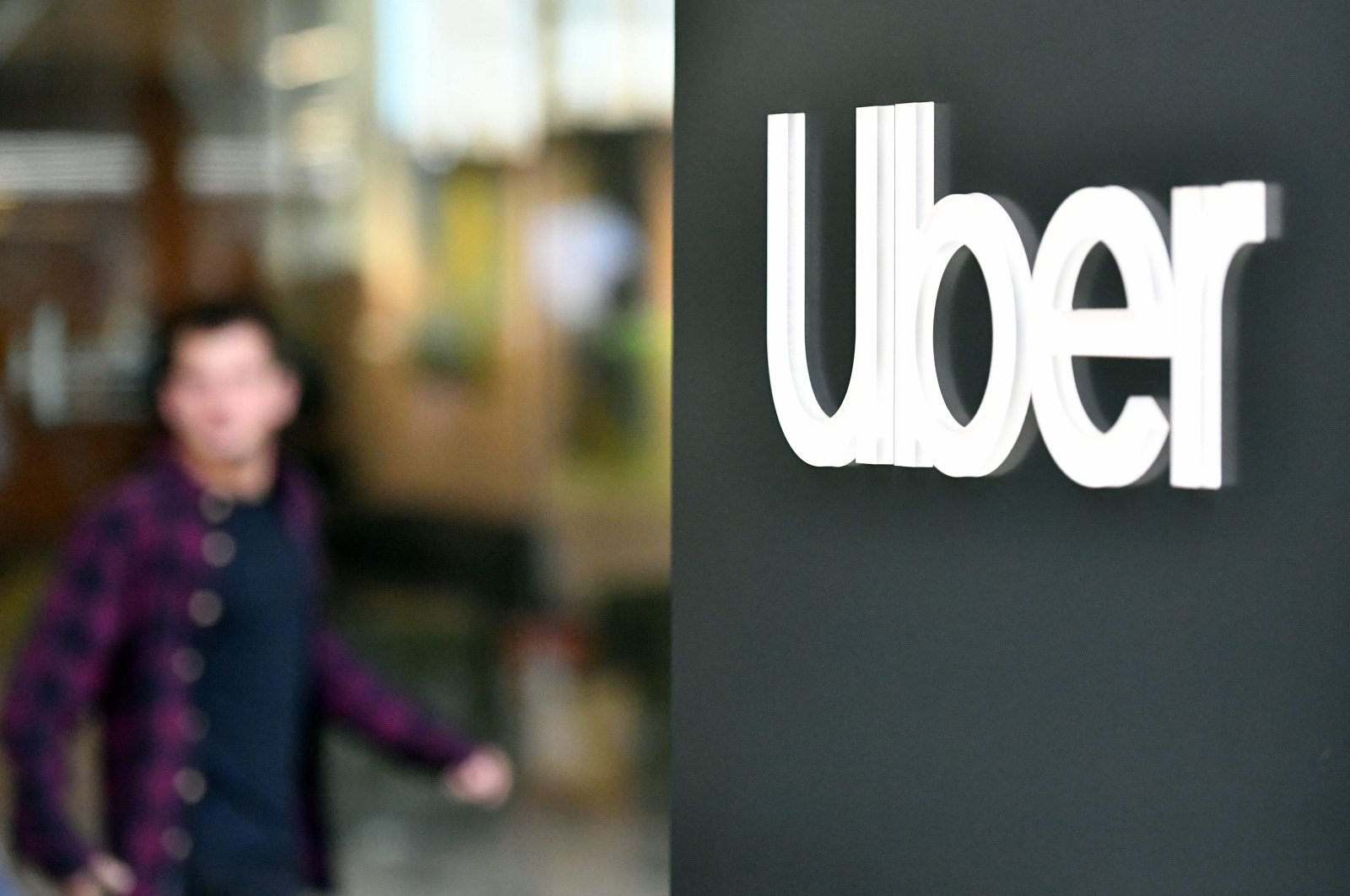 An Uber logo is seen on a sign outside the company's headquarters as people protest nearby in San Francisco, California, May 8, 2019. (AFP Photo)
by French Press Agency - AFP Nov 08, 2020 12:48 pm
RECOMMENDED

A victory for the "gig economy" in California is likely to echo across the U.S., in a boon for app-based services while igniting fear that big business is rewriting labor laws.

Rideshare and delivery apps matching tasks with those willing to perform them as independent contractors sidestepped a labor law with the passage of Proposition 22 in a referendum put before state voters.

"Going forward, you'll see us more loudly advocate for new laws like Prop 22," Uber chief executive Dara Khosrowshahi said. "It's a priority for us to work with governments across the U.S. and the world to make this a reality."

Proposition 22 – backed by Uber, Lyft and other app-based, on-demand delivery services like DoorDash and Instacart – effectively overturns a state law requiring them to reclassify their drivers and provide employee benefits.

"This is very positive for anybody who has a humans-as-a-service type mentality," said analyst Patrick Moorhead of Moor Insights and Strategy.

The vote came after a contentious campaign with labor groups claiming the initiative would erode worker rights and benefits, and with backers arguing for a new, flexible economic model.

Backers of Proposition 22 spent some $200 million to win voters to their side, dwarfing the budget of those opposing the referendum.

The Independent Drivers Guild, which describes itself as the largest "gig worker" organization in the U.S., has vowed to fight for the rights of workers to get the pay, benefits and collective bargaining rights due to employees.

"The big platform companies may have won in California, but the gig worker fight has only just begun," said guild executive director Brendan Sexton.

The guild touted winning a negotiated minimum wage of $27.86 per hour in New York for Uber and Lyft drivers, according to Sexton.

"Worker power through collective bargaining, not ballot measures and protracted legal battles, is the only real long-term solution for gig workers," Sexton said.

Uber, Lyft, DoorDash and other Proposition 22 backers persuaded voters that a new gig economy calls for a "third way" of treating workers other than just being employees or purely independent contractors, according to the University of California-Los Angeles labor researcher Brian Justie.

"Uber wants you to think this is a new world, requiring a third categorization but I am not sure I buy that," Justie told Agence France-Presse (AFP).

"It is a way for an extremely unprofitable sector to buy themselves a new lease on life and hoodwink legislators."

Playing the situation as drivers loving flexibility and labor law forcing the companies to become "dogmatic bosses" was disingenuous, according to Justie.

While Uber claims drivers are free to work as they please, they are at the mercy of software in the app guiding them to customers and neighborhoods, an institute survey revealed.

"The drivers keeping Uber functional think of work as a manipulative, over-controlling thing recast as something new and technological," Justie said.

The referendum deals a blow to labor and has strong potential to spread to other states, according to Justie.

"I would be shocked if it didn't ripple out," Justie said of other states, or even countries, adapting labor laws along the lines of Proposition 22.

"It absolutely gives Uber and Lyft a case study in how to make this work ... There is a very real prospect that more and more work becomes gig work."

Author and sharing economy authority Arun Sundararajan, however, billed Proposition 22 as a positive for independent workers across the nation, saying it provides the first framework for providing benefits to non-employees contracted to do jobs.

"I expect the framework of Prop 22 to become a template for other jurisdictions in the U.S.," Sundararajan said.

"The country now has its first framework for funding non-employment worker benefits."

"Prop 22 is a proxy for how we work; the future of work," McCuan said.

For better or worse, the Proposition 22 model is likely to be the labor model going forward, according to analyst Moorhead.

The situation may be different in other parts of the world where Uber and other services operate. Uber has been targeted by regulators in Europe, where taxi drivers have protested against its business model.