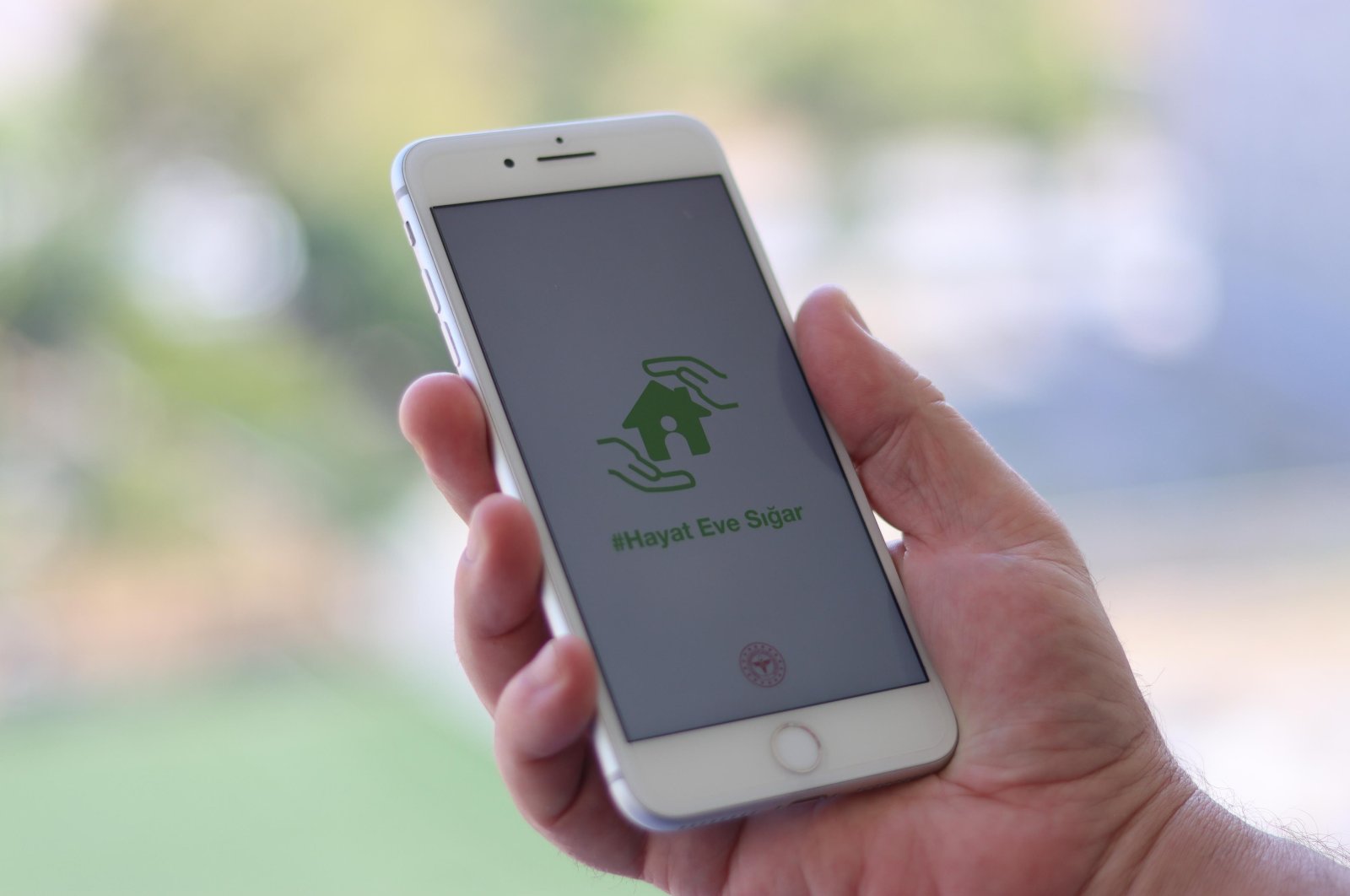 While health, education and e-commerce software has come to the fore amid the pandemic, that trend was certainly confirmed in Turkey as they were among the apps receiving the most downloads from iOS this year

Smartphones and tablet computers, to which we are glued more than ever during the pandemic, as well as smartwatches and TVs, have become even more amusing with new apps. Apple has chosen the 15 best apps across all platforms in 2020, a year that all of us are trying to put behind us.

Hayat Eve Sığar (Life Fits into Home) or HES, developed by Turkey’s Health Ministry, offers users a unique code based on the user's personal health records. It has been the most-downloaded app in Turkey in 2020.

Every weekend, if one has an iPhone, we see how many hours a day we spend on our smartphone screens. In fact, the most notable apps we have become addicted to have managed to get Apple's best of the year awards.

The App Store announced its best of 2020, giving awards to 15 programs and games that make our lives more fun, healthier and more efficient. While this year's highly talked-about programs like Zoom were recognized, we also found some interesting apps that escaped our notice.

The developers of a number of games and apps, from small ones such as Dandala, chosen as the best Apple TV game, to professional ones like Zoom and Disney, all managed to receive recognition.

E-commerce and medical programs stand out among iOS apps in Turkey. E-commerce, as it has in previous years, dominated the top 20 most-downloaded this year as well.

The trend created by the pandemic manifested itself mainly through medical apps and the need for a HES code. The Life Fits into Home app, from which we get our HES codes, ranks first, while e-Nabız (e-Pulse) ranks 20th.

During this time, Türk Telekom’s investments in medical initiatives have gained momentum.

Apple’s designers meticulously created the App Store Best of 2020 winners award, which it is giving for the first time. In discussing the trophy, the company says that it was “inspired by the signature blue App Store icon (and that) each award reveals the App Store logo set into 100% recycled aluminum with diamond-cut edges, with the name of the winner engraved on the other side.”

Perhaps the most exciting program has been Dandara, which was named Apple TV's best app. It was developed by a small but enthusiastic Brazilian team that was very happy to receive an award. The fantastic game, designed to boost excitement in front of the screen, was a success because of the team's great artistic abilities. The group both achieved international fame and made significant efforts for Apple TV controls.

The year 2020 may end up being the greatest for endeavors made in education. Through years of experience, Explain Everything Whiteboard has offered a cloud-based cooperation tool for students and teachers who need to redesign the classroom experience. In this way, student groups can continue to work together on projects, even remotely. It combines creative efforts in elementary, secondary and high school. The app, used in more than 100 countries, is in a great position from the increased distance education program use during the pandemic.

Share the Meal, offered by the United Nations World Food Programme (WFP), has made it easier for users to make a difference in the lives of others and it has already helped more than 87 million dishes to be shared so far. App developers around the world have channeled their creative energy into ensuring that users stay healthy, knowledgeable and connected while also having fun. The Berlin-based initiative, which plans to cooperate with Yemeksepeti, an online food delivery company, in Turkey, is doing a great job.

The Zoom app, which experienced the highest rise across all platforms in 2020, also landed on Apple’s list of the year's best. While the platform hosts 300 million meetings a day, the app’s officials owe the rapid growth and success to developments during the pandemic. In the future, it can even be used from the Internet of Things (IoT) devices in line with more personalized needs. Zoom has managed to pay off the rapid growth.