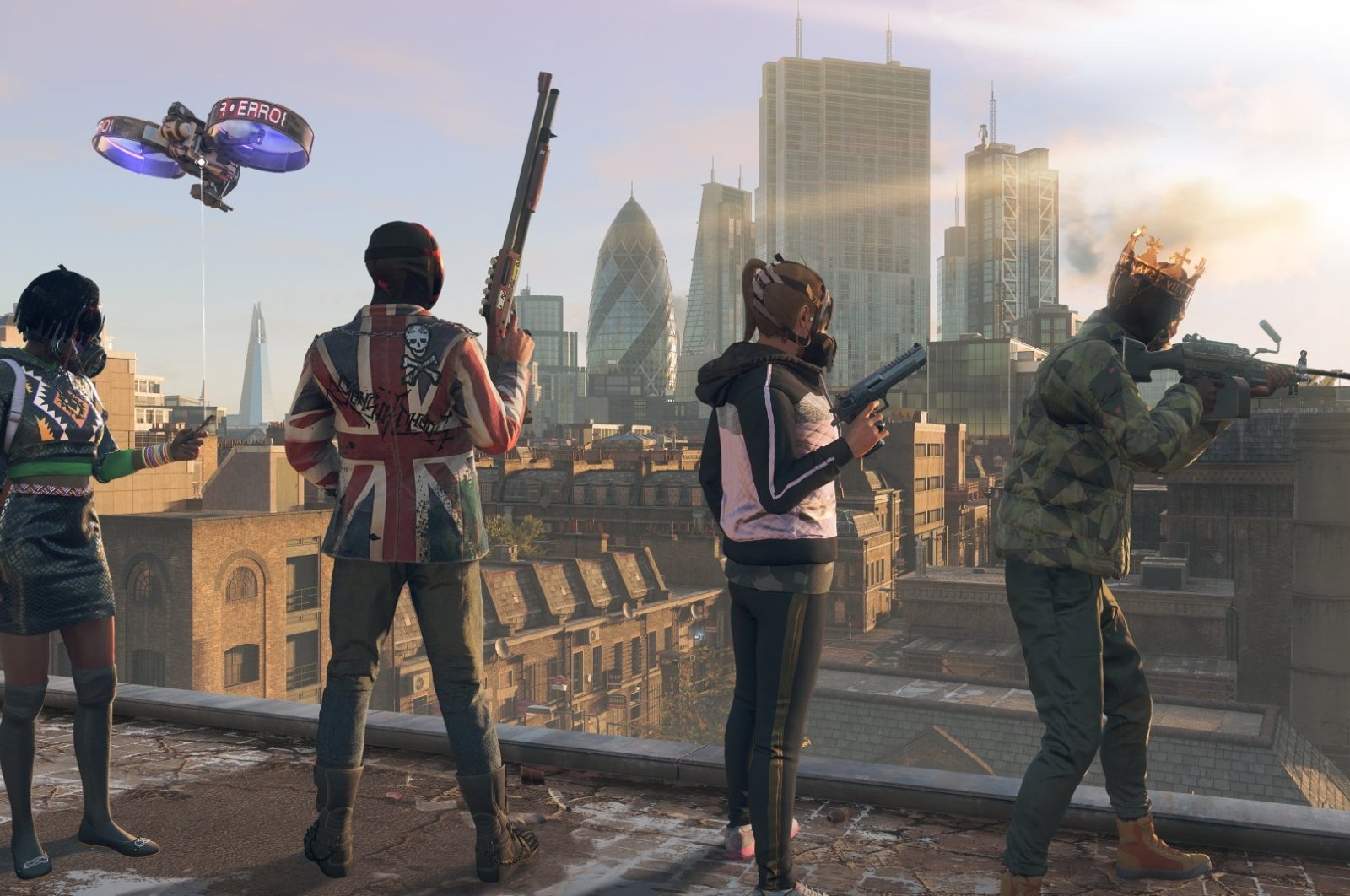 The dystopian near-future London depicted in "Watch Dogs: Legion," the video game released Thursday by French studio Ubisoft, is haunted by authoritarian surveillance and the ghost of Brexit.

A cyberpunk faction is battling to liberate the city from a privatized police force, and players can recruit everyday Londoners to the resistance, taking advantage of their skills to complete the quest.

Games reviewers have hailed the mechanism as an interesting twist on the genre, but advance publicity for the much-anticipated title has dwelled on the political texture overlaying the gameplay.

"London – had a good run there for a while," a narrator intones at the start of the explosion-peppered trailer, before laying out all the ways things have gone wrong for the British capital in the fictional setting.

Ubisoft says it did not set out to make political commentary, and the game's creative director Clint Hocking tells Agence France-Presse (AFP) that London was chosen as the backdrop for the game before the 2016 Brexit referendum.

"Brexit was as much of a curveball for us as it was for the British and the rest of the world," Hocking says.

Nevertheless, the political angst surrounding voters' decision to quit the European Union has infused into the flavor of the game, which has ambitious themes to color the usual puzzles and shootouts.

"When Brexit happened, it was quite a shock and it forced us, very early in the process... to start examining some of the themes and some of the consequences and future extrapolations of some of our themes," Hocking said.

The game designers digitized familiar streets and landmarks in central London in great detail to provide the setting of their "sandbox" game, in which the player's avatar roams an open world at will.

And the London setting allows them to explore in a heightened way many of the social concerns felt in contemporary Britain – like the privatization of state services and the all-seeing eye of surveillance.

Brexit is also part of the mix, with the player character, for example, manoeuvring in the early stages of the game through a ramshackle camp for "European migrants" on the outskirts of the city.

But Ubisoft doesn't see the release as a political diatribe. The political themes are meant to complement the scenario in a way that the "game stays relevant" for players in search of realism.

"Brexit is not what is causing problems in our game world. Our game world is not about the consequences of Brexit," says Hocking.

"The things that caused Brexit are the causes of the problems in our game world, like people's dissatisfaction with wealth inequality, people's frustration with their inability to have their voices heard."

"These are some of the causes of disagreement, protest, Brexit, a societal transformation that we're seeing right now," he argues.

The streets and buildings that host battles between surveillance drones, infiltration robots, rebellious Londoners and the mercenary cops of "Albion" – a fascistic corporate security force – are eerily realistic.

But, as the game's title page notes, Watch Dogs is a work of fiction.

Olivier Mauco, who studies video games at the Sciences Po institute in Paris and founded an agency that introduces the techniques of game design into company management and education, plays down the political content.

"Ubisoft often surfs on the political themes of the moment," he told AFP.

"They don't deny political and social reality, but it remains a backdrop. There's no political messaging behind it."

The company may also be hoping that the release, followed next month by the major series climax "Assassin's Creed Valhalla" will help it put its own difficult year of social and political reality behind it.

Last month the company conducted an internal survey of 2,000 of its 14,000 employees and found a quarter had witnessed "workplace misconduct," amid concerns about bullying and sexism in the games industry.