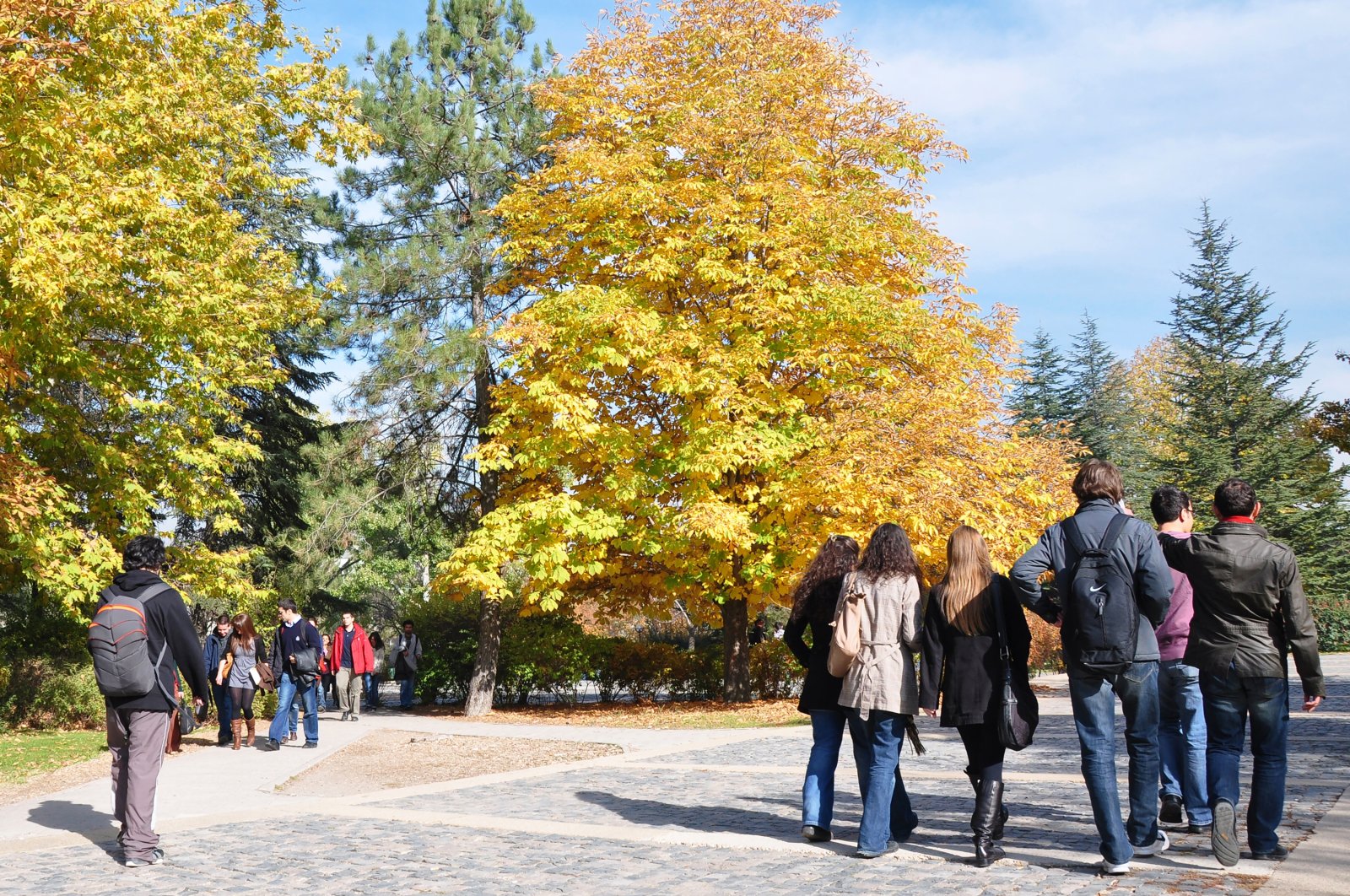 The competition between educated people, which contributes to creating added value in technology, has been increasing gradually since the beginning of the pandemic. The quality of educational institutions is what makes the difference. It is important to raise the quality of education that universities provide to train people with multiple disciplines and to have a business mentality that can evaluate them.

Stating that they have opened Turkish universities' human resources data to all of the business world and state institutions, the chairperson of the Council of Higher Education (YÖK), professor Yekta Saraç, stressed that YÖK focuses on determining policies in higher education.

“With the YÖK Academic project, the state and business world will be able to reach the human resources of universities,” he said. “Efforts of the scientists working with artificial intelligence or different areas can be accessed thanks to the YÖK Academic project. It is not possible to find such examples even abroad. As the business world focuses on long-term projects and doing global business, I believe it will collaborate more with universities. Existing examples also support this situation.”

There is no comprehensive investment in the education cloud in Turkey, Saraç noted.

“We had to find an urgent solution during the pandemic period. However, the absence of a local cloud causes us to have problems with capacity. Research universities have managed to produce their own solutions. However, we had to find solutions for other universities,” he added.

Noting that they have been focused on equality of opportunity and quality, Saraç said that the council launched the Digital Transformation Project in Higher Education two years ago.

“We made an effort to raise the standards of state universities established after 2006. For the first time, we focused on different specialization areas such as research, thematic and professional practice universities,” he said.

"We conducted studies in three stages. In addition, within the scope of the cooperation initiated between YÖK, network technologies company CISCO and Middle East Technical University (METU) in the field of digital education with another project, a set of training on 'cybersecurity' and 'network management' for academics in eight pilot universities was also decided to be extended to academics in 16 universities in the eastern and southeastern Anatolia regions. With the addition of 16 new universities to the project, the total number of universities reached 24," Saraç said.

Stating that universities are making significant efforts to adapt to the developments in the pandemic period, Saraç noted that in the third phase of the Digital Transformation in Higher Education Project, Sakarya University and 15 other universities signed the Distance Education Platform Provision Protocol, which was carried out under the coordination of YÖK and in cooperation with the Turkish Academic Network and Information Center (ULAKBIM) of the country’s top scientific body, the Scientific and Technological Research Council of Turkey (TÜBITAK).

He added that the platform consists of five main modules, including the Learning Management System (LMS) Module, which enables the creation of weekly virtual course programs and the organization and execution of remote education activities; the Virtual Classroom Module, which was created using open-source software for the video distribution of virtual classrooms; the Announcement Module, where announcements can be made to all students registered in the virtual classrooms; the Online Exam Module, where online exams can be organized; and a Reporting Module, where reports such as student attendance and virtual course execution numbers can be entered into the system.

Providing information about the studies carried out on equal opportunities in universities, the YÖK chairperson also elaborated on the success of the YÖK Virtual University Fair, which was organized for the first time, and explained the details of the new Virtual Laboratory project.

“With the project prepared by YÖK, two laboratory courses, 'general chemistry' and 'general physics laboratory,' where laboratory applications are the most intense, were determined,” Saraç said.

"This all is expected to benefit approximately 15,000 students studying at various faculties of 18 universities. We aim to increase the number of universities in the project," Saraç added.

“Think” summits organized by information technologies company IBM in countries around the world are being held digitally this year due to the COVID-19 outbreak.

Speaking at the Turkish leg of the summit, IBM Turkey General Manager Volkan Sözmen said the speed of digitalization has gained momentum due to the pandemic.

“We have seen that processes that can take years can now be packed into a few months,” he said at Think Digital Turkey. “With the awareness and confidence of our presence in Turkey for 82 years, I believe that history will go back and see this period as the period when digital transformation accelerated and, together, the new technological breakthrough of our country was laid. Considering the uncertainty and constant change, we have been talking about the need for agility and flexibility for years, and this period clearly shows how important it is to build these capabilities in our organizations.”

Stating that IBM aims to strengthen its leadership in the field of technology in Turkey, Sözmen underlined that the most important step necessary for taking advantage of the opportunities created by digital transformation is to raise a generation prepared with the technical and professional skills of the future.

IBM Global Market Senior Vice President Bridget van Kralingen touched on the impact of the pandemic on the business world. "It is clear that the recovery in economies will be gradual. But when I talk to business leaders from many industries around the world, I see one thing clearly: This period, the transition to digital, will accelerate," she said. "The number of phone calls received by a large health institution for health services increased from 1,500 to 43,000 per day. Since all banking customers over the age of 60 can now access digital (services), banks anticipate that many branches cannot be reopened."

T-Fashion, which captures fashion trends by scanning online interactions with artificial intelligence (AI), has received an investment of $2 million ($15.35 million).

The startup participated in try-and-do workshops with an AI-based project in 2018, and has now managed to receive $2 million of pre-seed investment after two years.

Analyzing social media posts, T-Fashion ensures that every firm produces the right products for its customers on time. Its ability to assess the target audience ensures more accurate predictions based on the criteria of color, model and consumer age. T-Fashion guides the predictions according to the needs of the institution and offers an AI-based solution in the selection of colors and models by making location-based predictions.

T-Fashion helps textile and fashion companies to produce the right product, at the right time, in the right quantity, with the insights it offers for companies' target audiences. Companies can thereby increase their sales rates while avoiding overstocking products.

Paraşüt, a Turkish software as a service (SaaS) bookkeeping startup, has acquired Shopside, which offers e-commerce infrastructure and integration services.

With its very first purchase, Istanbul-based Paraşüt aims to provide companies in the e-commerce sector with the infrastructure to manage their financial processes much faster and more effectively.

It has been developing a cloud-based invoice and financial management platform for small- and medium-sized enterprises (SMEs).

Paraşüt, which started off as a startup in 2013, broke new ground with its developing and expanding structure and the realization of the acquisition. Having bought Shopside – which offers integration with online marketplaces in Turkey such as n11, Hepsiburada, Trendyol and Gittigidiyor, and with the largest e-commerce infrastructure providers such as Opencart, Shopify and WooCommerce – Paraşüt will now invest in the e-commerce area, which is rapidly rising in value during the pandemic era, and will offer commerce, e-invoice and pre-accounting management.

Aiming to facilitate the financial processes of e-commerce users, it looks to provide a more comprehensive service to its customers with its new move. Meeting with Mikro and Zirve Yazılım under the same roof with the acquisition last year, Paraşüt joined the family of Turkey's largest commercial software companies.

Turkey's leading information and communication technologies company Türk Telekom has organized an online charity event with entrepreneur women who improved themselves in the field of digital marketing within the scope of the project, Life is Simple with Internet for Women with Goals.

With its social responsibility approach and understanding of serving everyone, Türk Telekom brought female entrepreneurs together at the online event as part of the project, which was implemented in cooperation with the Union of Chambers and Commodity Exchanges of Turkey (TOBB), Habitat Association and United Nations Development Programme (UNDP).

Female entrepreneurs over the age of 18 who have received digital marketing training in the project and have an open account where they introduce and sell their handmade products met on the YouTube channel of Habitat Association.

The application and interview processes of 188 entrepreneurs were carried out online for the charity event, which was organized in order to strengthen the place of women in society and encourage their participation in the economy. The first selection was made according to the characteristics of the entrepreneurs' products and the pages where these products were sold. Later on, 10 women qualified to participate in the fair after an online interview process.