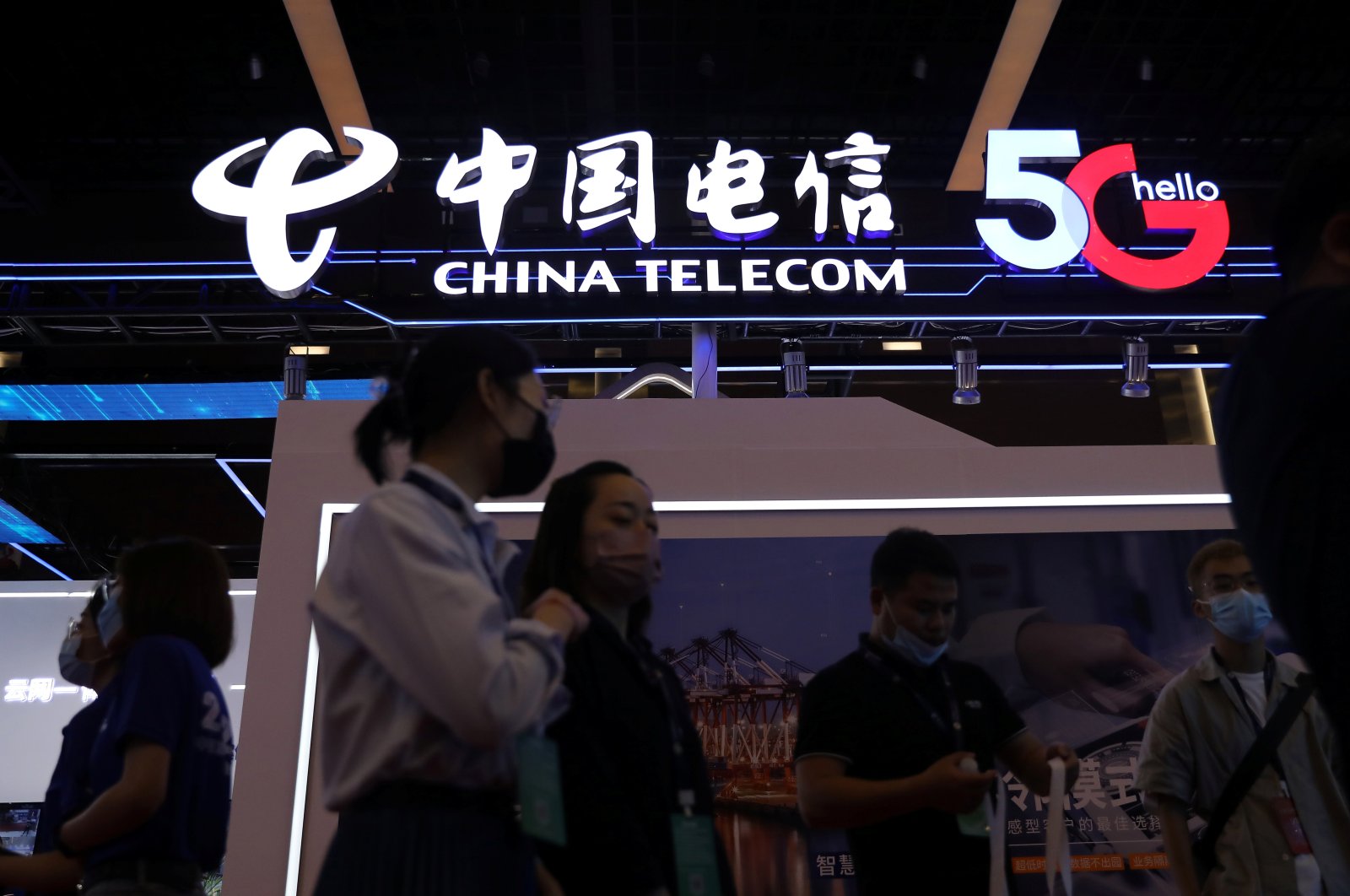 People are seen at a China Telecom booth at an exhibition during China Internet Conference in Beijing, China, July 13, 2021. (Reuters Photo)
by French Press Agency - AFP Aug 09, 2021 11:52 am
RECOMMENDED

Months after being delisted in the United States amid Washington's stand-off with Beijing, China Telecom could raise more than $8 billion in a Shanghai initial public offering (IPO) that would be the biggest this year.

The firm said it had priced its offer at 4.53 yuan per share, which would be worth 47.1 billion ($7.3 billion), according to a filing with the Shanghai Stock Exchange on Friday.

However, if an over-allotment option is exercised that would jump to 54 billion yuan ($8.4 billion), Bloomberg News said.

The order banned investments by Americans into a range of companies deemed to be supplying or supporting China's military and security apparatus.

China Telecom is the country's largest fixed-line operator, and the share issue would be the biggest of the year, topping the $5.4 billion raised in Hong Kong by TikTok rival Kuaishou Technology in February.

Many of China's biggest tech and telecom firms listed their shares on the more developed US stock markets in the 2000s as they sought access to funding, but the tide has been turning.

Authorities have been pushing in recent years to instead encourage such companies to list on its domestic exchanges in Shanghai and Shenzhen, as well as Hong Kong, a trend expected to be accelerated by an ongoing government campaign to strengthen control over its major tech giants.

China is in the midst of a digital transformation drive, and proceeds from the Shanghai listing will be used for 5G and cloud-network infrastructure, among other initiatives, the exchange filing said.