Collapse of global tax talks could cost $100B, OECD says as negotiations slip into 2021 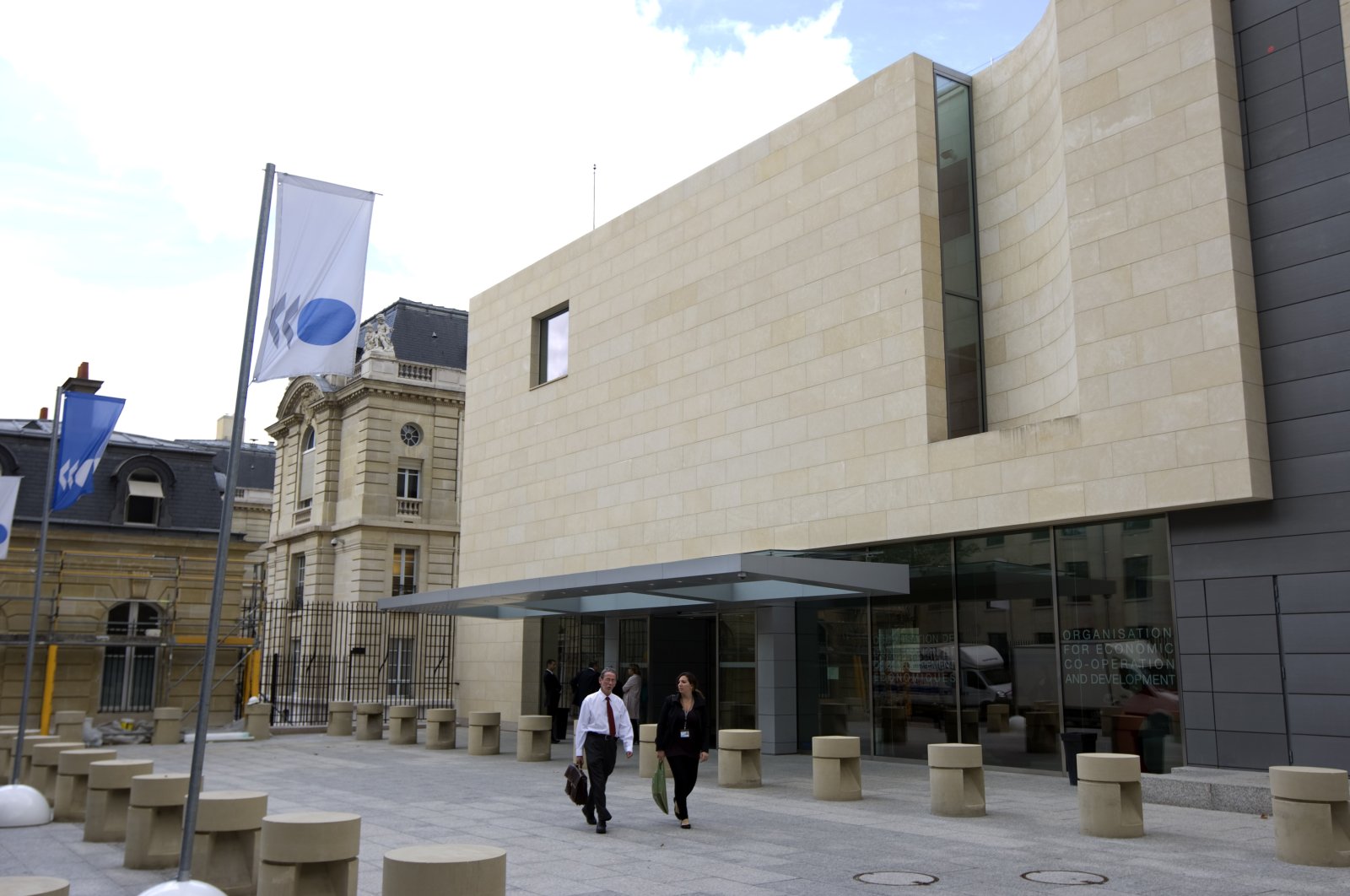 If countries do not all agree on new tax rules, the OECD warns that there is a risk of a global trade war triggered by individual nations launching their own duties on digital services

The global economy could shed more than 1% of output if international talks to rewrite cross-border tax rules break down and trigger a trade war, the Organisation for Economic Cooperation and Development (OECD) said Monday, after countries agreed to keep up negotiating to mid-2021.

The 137 nations trying to hammer out a new global standard for taxing multinational tech firms will not secure a deal by the end of this year as hoped, the OECD said.

The countries agreed Friday to extend talks after the pandemic outbreak and U.S. hesitation before the presidential election squashed hopes of reaching a deal this year.

"The glass is half full: the package is nearly ready but there is still no political accord," said Pascal Saint-Amans, head of tax policy at the Paris-based organization.

But the OECD, which is leading the talks, does expect to finalize a digital tax proposal "sometime in 2021," Saint-Amans added, although he acknowledged persistent U.S. resistance to the plan.

Talks have been laboring on under OECD auspices for the past two years on how to ensure that tech giants pay a fair share of taxes in the countries where they operate, even if their headquarters are elsewhere.

Public pressure is growing on big, profitable multinationals to pay their share under international tax rules after the COVID-19 pandemic strained national budgets, the countries said in an agreed statement.

The aim is to update international tax rules for the age of digital commerce, in particular, to discourage big Internet companies like Google, Amazon, Facebook and Amazon and Apple – the so-called "GAFA" – from booking profits in low-tax countries like Ireland regardless of where their customers are.

In the absence of a new international rulebook, a growing number of governments are planning their own digital services taxes, which has prompted threats of trade retaliation from the Trump administration.

"In the 'worst-case' scenario, these disputes could reduce global GDP by more than 1%," the OECD estimated in an impact assessment.

Inversely, new rules for digital taxation and a proposed global minimum tax would increase global corporate income tax worldwide from 1.9% to 3.2%, or about $50 billion to $80 billion per year.

That could reach $100 billion when including an existing U.S. minimum tax on overseas profits, amounting to 4% of global corporate income tax, the OECD said. Meanwhile, any drag on global growth would be no more than 0.1% in the long term

While countries agreed on OECD blueprints for a future deal, the key remaining issue to be solved was the scope of businesses to be covered, which would then make it easier to agree on the technical parameters, Saint-Amans said.

The coronavirus crisis hindered progress this year on implementing a levy, even though "the Covid-19 pandemic makes the need for a solution even more compelling," the OECD said.

Failure to reach a global agreement could prompt some countries to go it alone on digital taxation, further stoking global trade tensions.

Several European countries including France and Britain have already announced their own levies in the absence of a global accord.

That has infuriated Washington, which says American companies are being unfairly targeted.

"Despite the exceptional circumstances, there are a lot of strong feelings and impatience, and the temptation to take unilateral action faced with a measure that will take years to implement," Saint-Amans said at a press conference.

The OECD plan addresses two issues – how to effectively tax firms in every country where they operate, and how to ensure that each country gets a fair portion of a multinational's taxes.

An accord would likely set a minimum base tax, potentially of 12.5%, that would apply to every company no matter where it is based or declares its income.

Blueprints for both "pillars" will now be published to serve as a foundation for further talks, the OECD said, and will be presented to an online meeting of G-20 finance ministers Wednesday.

Yet even if a global framework is agreed upon, it remains uncertain if governments will enact a plan that effectively requires them to give up a degree of their fiscal sovereignty.

Oversight of the new system could also prove tricky since formulas still need to be agreed on which share of profits should be taxed where – a potential administrative nightmare for companies.

The U.S. has made no secret of its hostility to the current proposals, and pulled out of the talks entirely in June, a move France denounced as a "provocation."

Washington later announced billions of dollars in tariffs on French goods in retaliation for its digital tax, though it is holding off applying them for now.

Paris has also suspended any collection of its digital tax from U.S. firms in hopes of securing a global accord.

France is also pushing for an EU accord if no OECD deal can be reached, despite resistance from EU member Ireland, a low-tax hub for many American tech firms.

Nordic countries are also wary of giving the EU new taxation powers, and German officials have also voiced their preference for a global accord.

Yet some critics say the OECD's proposals do not go far enough and that big countries are using their influence to try to spare their multinationals big tax bills.

"The proposals currently being discussed at the OECD are simply not adequate," said the Nobel-prize-winning economist Joseph Stiglitz, a member of the Independent Commission for the Reform of International Corporate Taxation (ICRICT).

"We need a formulaic procedure, where you allocate profits in proportion to sales, employment and capital stock," he said in a video statement Monday.