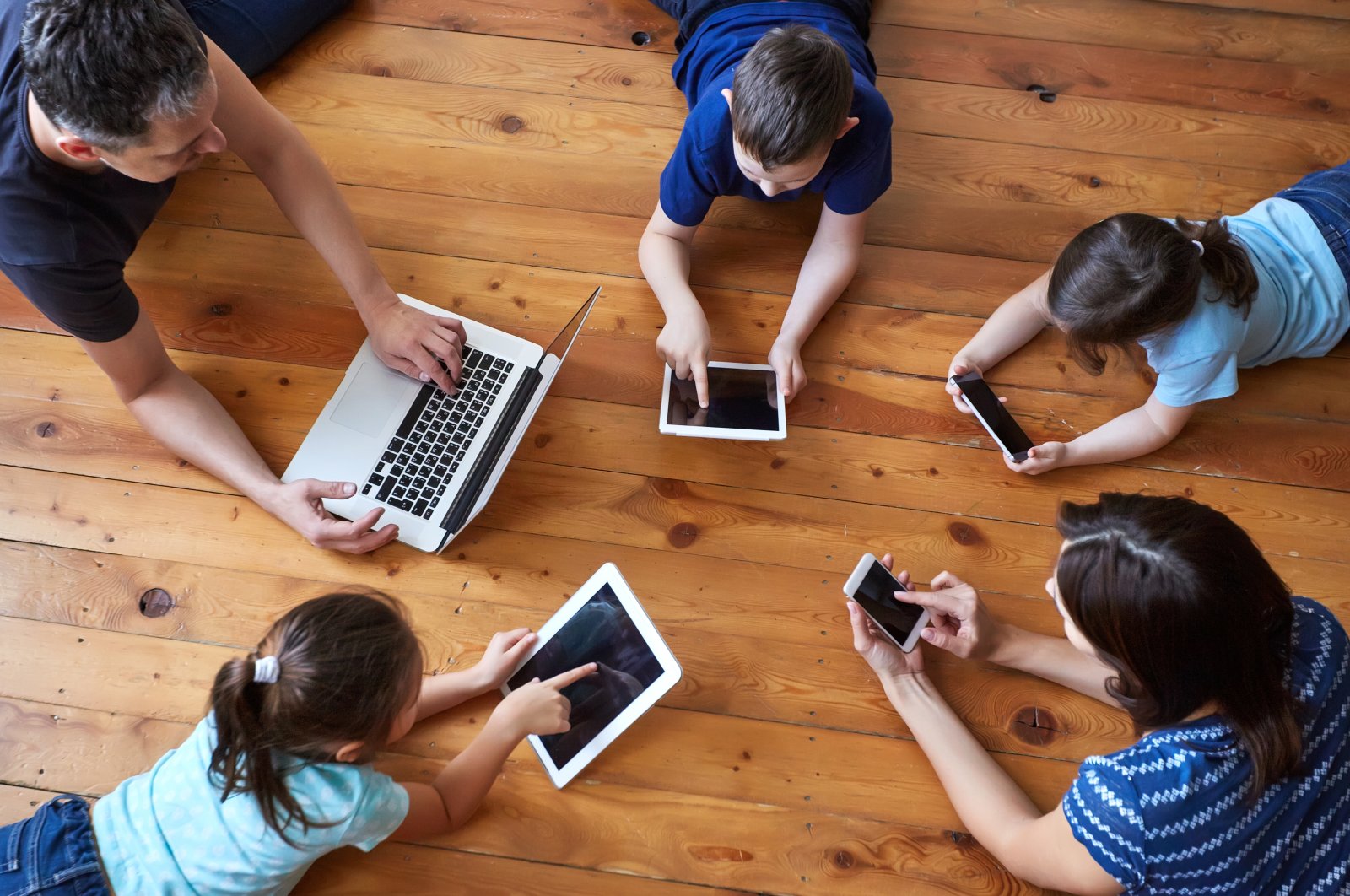 The pandemic has inflicted a new lifestyle of dependence on technology, including higher consumption of the internet and more screen time. (Shutterstock)
by Timur Sırt
Dec 31, 2020 2:31 pm

Coronavirus was by far the star of social media in 2020. It has changed the rhythm of life, creating a culture of staying at home, more internet, more screen time and weight gain. Yet, this change has brought about new habits

The most common words used by everyone on social media, smartphones, personal chats and group posts in 2020 have without a doubt been the coronavirus, COVID, COVID-19, mask, social distance and vaccine.

It has inflicted a new lifestyle of dependence on technology, including higher consumption of the internet, more looking at the screen and for many, weight gain. What hasn’t this virus, which kept even pilots at home, done to us?

How has the life of technology editors and writers changed? For the first time, we are unable to attend fairs and product promotions after March. Launches of new products shifted to online meetings. The online fairs went quite dull.

Mobile World Congress (MWC 2020), which is held annually in Barcelona, was canceled at the last minute despite long preparations. The result: almost all the fairs have somehow lost their appeal.

The world’s largest Consumer Electronics Show-CES, held in Las Vegas, the U.S. after the first week of every year, will be held digitally in 2021. After 22 years, I cannot attend the fair either.

So how has life changed? The problems at home increased as people stayed more at home and spent less time in the office and school. Television, computer, tablet or even phone screen became almost impossible to share. Especially after the second half of the year, there was an explosion in computer, television and tablet sales.

A score of important sports events was also canceled or postponed, including the Euro 2020 football tournament, second only to the World Cup in size. Despite this, there was a boom in television sales. Laptops and computers got updated. That is why we experienced a boom in demand. More devices at home became connected to the internet.

More screen means more internet consumption. Not only the networked devices we use at home, but the number of objects connected to the internet has increased. Security cameras, smart toothbrushes, smart bulbs, smart scales and smart home electronics devices have been added to computers, televisions, tablets and phones. Time spent on internet skyrocketed. We encountered increasing usage rates each week in smartphone reports.

There was literally a boom in video calls made with the front camera of laptops, desktops, webcams, tablets and smartphones. While Zoom was by far the most downloaded video conferencing platform, many people experienced videoconferencing, online shopping and online trade for the first time in their lives. Many made their first online purchase or online sale in their lives.

The latest study by AdColony and Global Web Index put forth noteworthy evidence of what the pandemic, to some extent, has prompted in Turkey.

Namely, the study shows 79% of adults in Turkey play mobile games. While 81.7% of adults playing mobile games in the country are women, men constitute 76.5% of the gamers.

Action and adventure-type games were their favorite with 49.2%, according to the study, which covered 21 countries.

As part of second-screen activities, according to the report, 60.6% of adults play mobile games while watching television.

Mobile gamers in Turkey spend more than four hours a day on their mobile devices.

Other than the virus, we can define 2020 as the year of artificial intelligence (AI). There is no area left that is not affected by the data and thus the AI.

With the increasing data usage of more products from health to education, from security to logistics, we have also experienced artificial intelligence software differences.

We have benefited more from artificial intelligence in videos and photos taken with smartphones, in health analysis results and in detecting the infected patient. More devices and sensors connected to the network naturally increased the success rate in artificial intelligence applications. The AI support came on all devices from processors to software, from cameras to televisions.

I think the packages left at the door and tips paid online have become one of the most noteworthy changes of the contactless online shopping pandemic period. Moreover, this change seems likely to be permanent.

Retail In 2021: The impact of COVID-19 on Retail Technology research puts forth three titles: “The state of retail technologies before and during COVID-19,” “Today’s important technologies,” and “The impact of events in 2020 on the budget and planning of 2021.”

Some 90% of retail industry executives, where the pandemic has prompted one of the greatest changes, think that their technology strategies and investments need to change.

In the survey of summer 2020, more than half (53%) of retail executives stated that investment in seamless shopping technologies should account for between 11% and 30% of the total technology budget. At this point, it should not be forgotten that retailers should make investments that will make their operations and processes more efficient, as well as artificial intelligence and computer vision (CV).

Retailers use data to put their customers at the center. Seven out of ten retailers use their data to increase customer loyalty (76%), improve customer experience (75%), and attract new customers (70%).