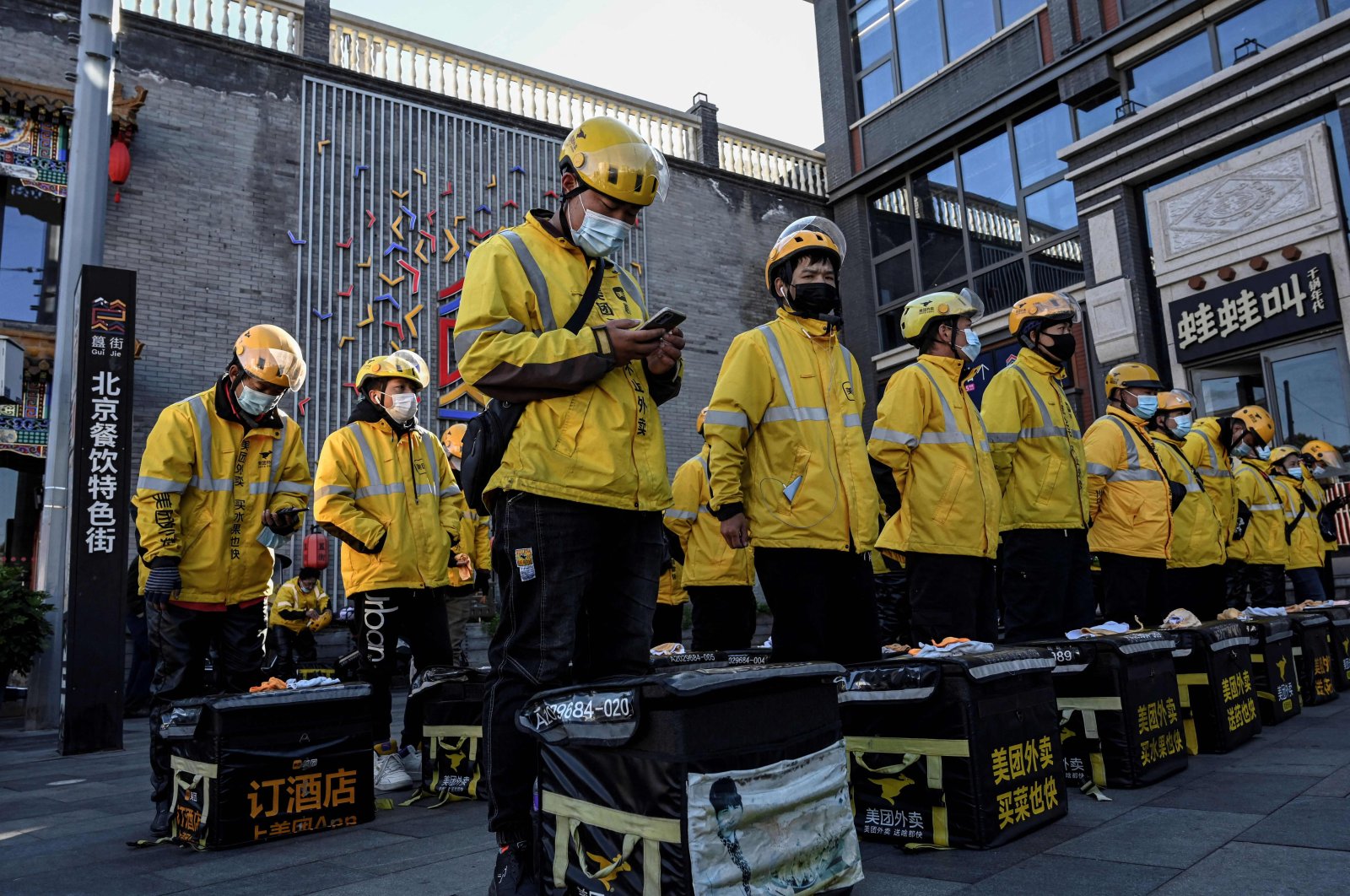 Handing over a piping hot meal at exactly the time promised, Chinese food delivery driver Zhuang Zhenhua triumphantly tapped his job as complete through the Meituan app – and was immediately fined half of his earnings.

A glitch meant it inaccurately registered him as being late and he incurred an automatic penalty – one of many ways, he said, delivery firms exploit millions of workers even as the sector booms.

Authorities have launched a crackdown demanding firms including Meituan and Alibaba's Ele.me ensure basic labor protections such as proper compensation and insurance as well as tackling algorithms that effectively encourage dangerous driving.

But more than a dozen drivers told Agence France-Presse (AFP) there has been little change on the ground.

Often the only way to complete orders on time is to "go really fast... speed past red lights, drive on the wrong side of the road," Zhuang said.

"At the beginning, (the app allocated) 40 to 50 minutes to complete an order – now for an order within a distance of 2 kilometers, with the same distance and time as before, we are given 30 minutes," he explained.

The coronavirus pandemic and resulting lockdowns sent demand for meal delivery services soaring: the sector is now worth 664 billion yuan ($100 billion), according to a report from the China Hospitality Association.

The nation's competitive app-based services have expanded into nearly every aspect of modern life, with digital-savvy consumers used to instantaneous service and fast delivery due to a ready flow of cheap labor.

But after years of unrestricted growth, China's Big Tech is coming under fire from Beijing with Tencent, Didi and Meituan all targeted over anti-monopoly rules.

Earlier this year, Alibaba was fined a record $2.8 billion after an investigation found it had abused its dominant market position.

There is mounting public concern over the amount of data handled by popular apps, including food delivery platforms, and Chinese authorities have directed the cyberspace watchdog to look at how algorithms are used by tech conglomerates.

Globally, the sector is facing scrutiny over its treatment of predominantly freelance workers, who endure low pay, few employee rights and are often hired through agencies to avoid providing benefits.

China's gig economy now accounts for almost a quarter of its workforce – 200 million people are in "flexible employment," according to government figures.

The plight of food delivery and truck drivers caught public attention after little compensation was offered to the family of one courier who died delivering meals for Ele.me in Beijing, and a second set himself on fire in a dispute with the firm over pay.

Despite being hailed as an essential service, particularly at the height of the pandemic, drivers earn just 7,700 yuan a month on average.

Zhuang said many feel they are putting their lives at risk because of algorithms used by apps to determine the route and travel time allowed before drivers incur a "late delivery" penalty.

Another rider, who gave his surname as Liu, told AFP that the allocated delivery time included the period it took for the food to be prepared, something beyond his control but that could impact his pay.

"If there are delays, riders take the blame," the 40-year-old said, adding that the system made it hard to reject orders from slow merchants.

'Nobody wants to pay'

Meituan, which has more than 628 million users, said it calculates the time needed for a journey in four ways and allocates the longest from those options and includes a buffer.

In a written statement, the firm insisted such decisions were made "considering rider safety as the first priority, and also to satisfy consumers' needs" and that drivers could contest unfair fines.

Kendra Schaefer, at Beijing-based consultancy Trivium, said a lack of transparency on how platforms were coded to determine driver requirements and compensation was a serious issue.

"Everybody wants drivers to get treated better but nobody wants to pay for it."

The sector relies heavily on migrant workers – who are often low-skilled and have come to cities from rural provinces in the hope of making money.

For many, there are few employment alternatives.

Zhuang conceded: "If I had the choice, I definitely wouldn't work as a delivery driver. It's a dangerous job, with high risk."