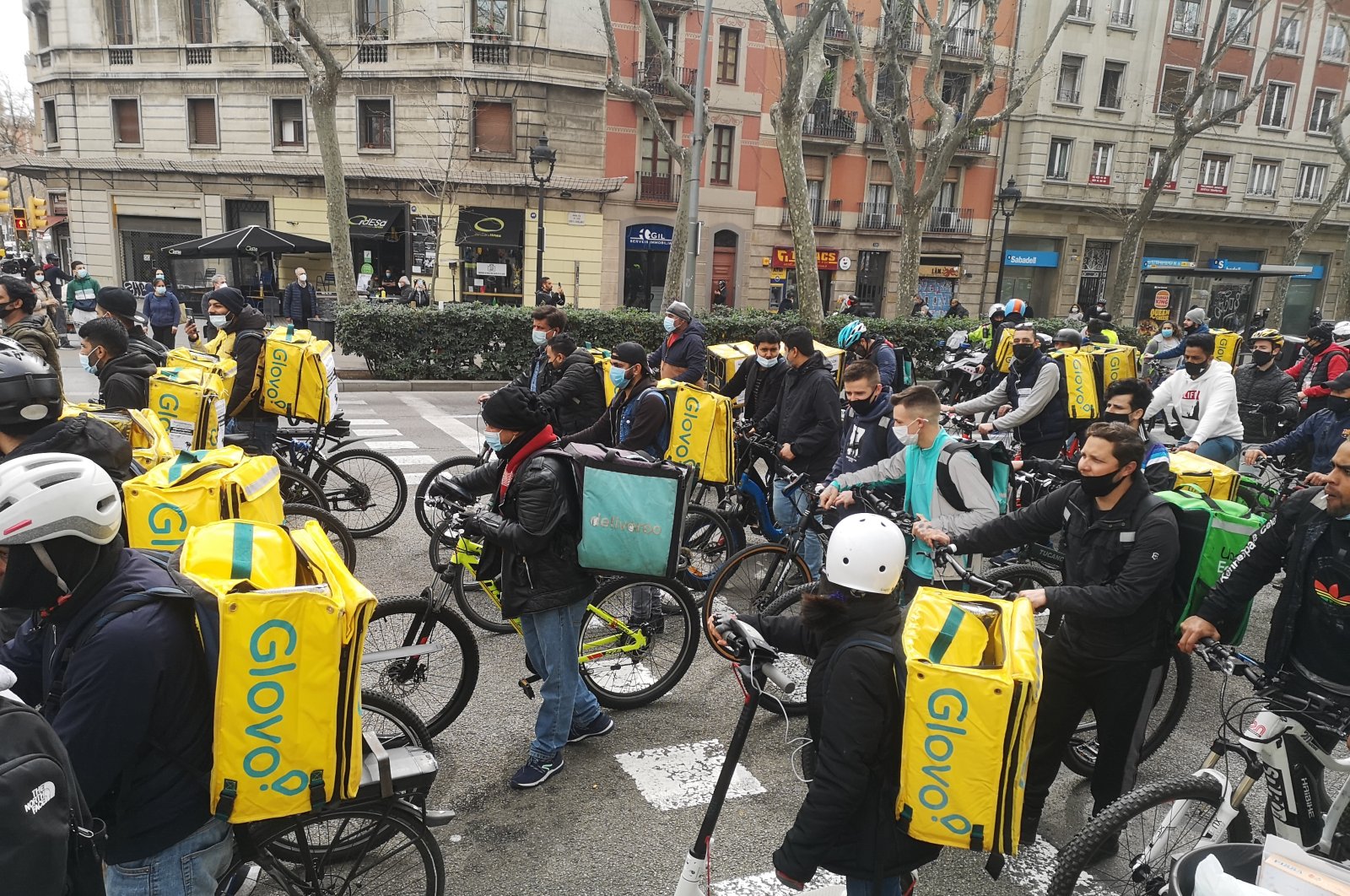 Just weeks after Spain became the first European Union member to give delivery workers labor rights, firms such as Uber Eats or Just Eat are still struggling to adapt to a new law that may become a model for the rest of Europe.

As of Aug. 12, when the law came into force, couriers who deliver food, mostly on bicycles and motorcycles, must be recognized as employees instead of being considered self-employed freelancers as before.

This means app-based food delivery firms have to pay employee contributions for benefits like sick leave and protections against dismissal.

The firms say the so-called "Rider Law" – which only applies to food couriers and not other gig workers – threatens the 700-million-euro ($850 million) industry in Spain.

The reform has prompted some platforms to seek legal loopholes while others have entered into talks with unions.

Unions argue the law has improved the lot of couriers, whose numbers have exploded in recent years in Spain to around 30,000 according to industry associations.

"All these people now have social protection," said Carlos Gutierrez of the Workers Commission (CCOO) union.

Ruben Ranz of the UGT union agreed, saying the law "is an important improvement for delivery riders whose working conditions have been very precarious."

"But we must remain vigilant because there are still problems to be resolved," he added.

British firm Deliveroo announced in late July – just days before the "Rider Law" was due to take effect – that it would be pulling out of Spain.

Deliveroo's departure is still being finalized, with the company initiating a "collective redundancy procedure" involving 3,871 people, Ranz told Agence France-Presse (AFP), saying the conditions were not yet clear.

The move comes even though Spain is one of Europe's most dynamic home delivery markets with 4.7 million registered users by the end of 2019, a 40% jump over the previous year, according to research firm Afi.

Just Eat, a rival British firm that has been in Spain for 11 years and said it backs the reform, has opened talks with unions on reaching what its Spanish head Patrik Bergareche said will be the sector's "first collective bargaining agreement."

Californian giant Uber Eats, by contrast, has opted for a sub-contracting approach whereby drivers using its platform are employed through intermediary logistics firms such as Closer Logistics, Deelivers or Delorean.

Although the firm insists its approach is in line with the so-called "Riders' law," unions have been critical, accusing it of "illegally dismissing workers" and insisting that "platforms should have their own staff."

But the harshest criticism has been reserved for Barcelona-based Glovo, which in April raised 450 million euros and said it would take on 2,000 delivery workers for its own online supermarkets or for companies with which it has inked deals.

But its other food couriers that deliver meals from restaurants, who number between 8,000 and 10,000, will remain self-employed.

The group, which did not respond to AFP's request for comment, has put in place a new rule that is supported to reinforce their autonomy: couriers can connect as and when they like and will not be penalized for refusing an order.

The aim is to cut out any direct relationship with the drivers as "a way of getting around the law," explained CCOO's Gutierrez.

"They're looking to play for time," agreed UGT's Ranz.

The two unions have referred the matter to the labor authorities, which may take legal action – a move that will bring more uncertainty to a market already gripped by turmoil.

In recent weeks, two more new players have entered the fray: Turkey's Getir and Amsterdam-based Rocket, which will begin operating next month. Delivery drivers at both firms will be counted as staff.

"Clearly we are in a rather chaotic time when everyone is jostling for position within a market (that) is in full swing and where huge sums of money are being invested," Deelivers founder Adrian Pena said in a recent article.