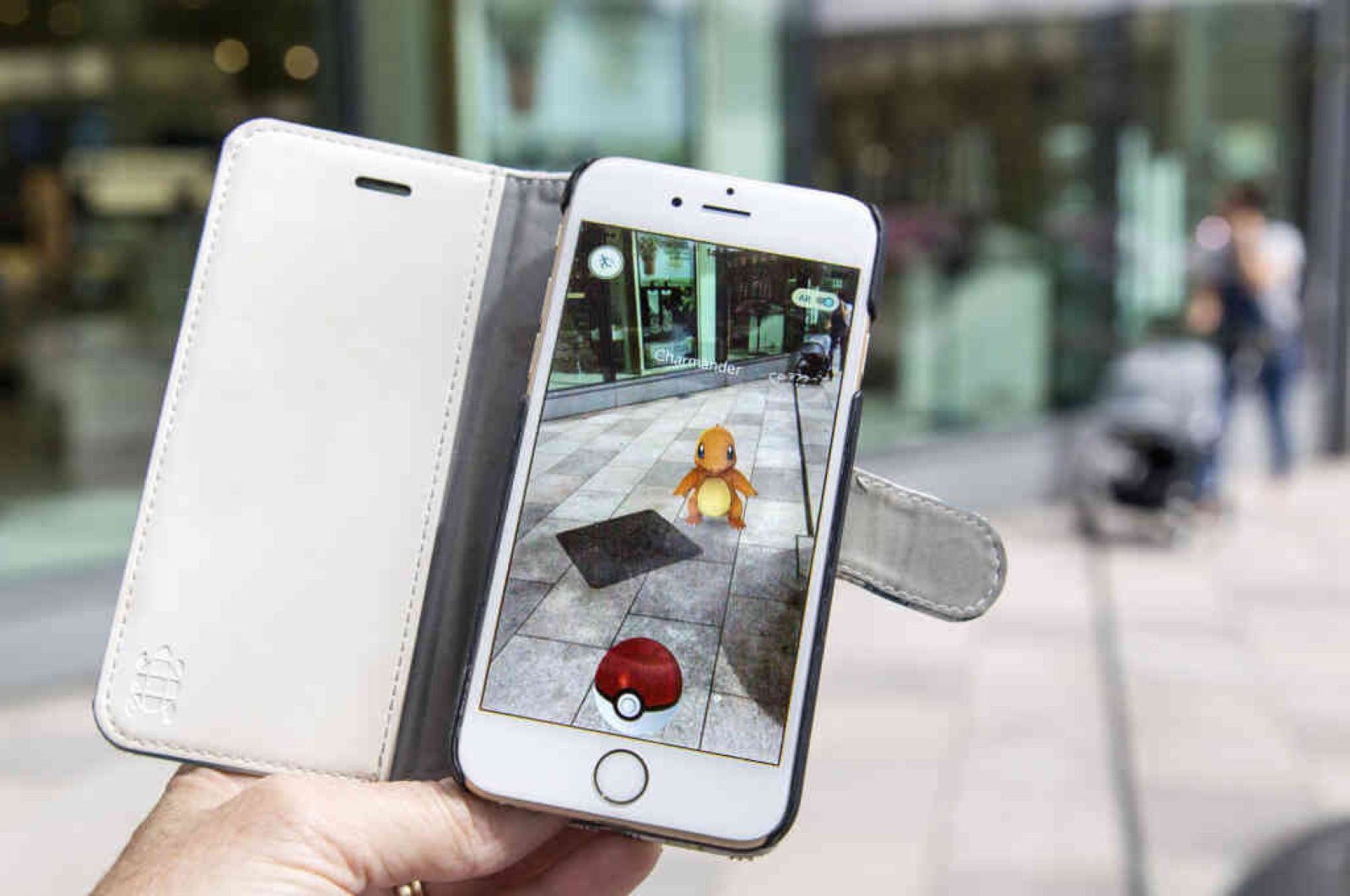 Istanbul-based gaming company Peak’s recent acquisition by the mobile gaming giant Zynga for $1.8 billion has turned the attention to game ventures in Turkey and is said to have encouraged investments in Turkish startups

The acquisition of the Istanbul-based Peak Games, which last month signed the biggest sales agreement in the history of the Turkish venture ecosystem, by U.S.-based mobile gaming giant Zynga has turned the attention of domestic and foreign investors to Turkey.

Entrepreneurship Foundation (GIRVAK) Chair Sina Afra said that they were extremely pleased with the interest of domestic investors following Peak's sales agreement, after which he says nothing will be the same.

“It has made everyone in the enterprise ecosystem to turn their heads toward Turkey. It has given hope to many investors in the ecosystem for return,” Afra said.

“While a gaming venture received a $750,000 investment at the seed stage last week, we can easily say that there is a Peak effect – the first-time investors held the majority in $750,000,” he stressed.

The state provides important incentives and support to technology startups in terms of taxes, Afra noted, adding that GIRVAK was also trying to instill the idea of “I can do it too” in more young people.

Afra went on to say that entrepreneurs always stand out in times of crisis because they can move fast and have a higher ability to see opportunities.

“With the indispensable digitalization trends that entrepreneurs have brought up in the past few years, the need for a fast and flexible structure of startups will increase even more in this process. We have often seen this in health care solutions. Startups that rapidly developed ventilators in the pandemic period and actualized it with 3D technologies are a good example of this,” Afra said.

He suggested that it should not be forgotten that everyone has been going through a crisis unlike any experienced by anyone alive today.

“Entrepreneurs need to look at what new norms bring to us, and identify risks and opportunities. It is time for fast and agile decision-making,” Afra continued. “They should deal with the issues in many ways, make quick decisions and apply them. The most important thing is to focus on the present. The solutions produced in the past should be checked in terms of actuality, and the needs of the market should be determined in the new normal and addressed with the existing structure or new muscles.”

GIRVAK General Manager Mehru Aygül said that they turned this period into inspiration not only for entrepreneurs but also for all young people.

“Within the scope of #DigitalEvimizGirvak (Our Digital Home Girvak), we shared inspiring suggestions of our fellows and trustees from the social media accounts of the Entrepreneurship Foundation every day. With our Gtalks, Gcoffee and Gfounders brands, which we created together with the youth, we reached approximately 7,200 people organically and about 850,000 people indirectly with 68 different events,” Aygül said.

Stating that they will establish the GBase Digital Platform in partnership with the Community Volunteers Foundation (TOG) with the support of the Istanbul Development Agency (ISTKA), Aygül said that on this platform, technical skills, entrepreneurship, basic social skills and health literacy training will be given to empower young people against youth unemployment, which is expected to increase during and after the pandemic.

Many gaming ventures have gained self-confidence following Peak's $1.8 billion deal. Besides, the attention of more investors from around the world has turned to game ventures from Turkey.

However, the ventures should make good use of this opportunity. Startups should make a valuation by keeping their feet on the ground considering many aspects, such as their team, global business potential and profitability per capita. They should not ignore the current conditions.

In addition to the early-stage support of institutions such as PILOT – the corporate startup acceleration program of Turkey's leading information and communication technologies company Türk Telekom – investments should also increase in the advanced stage. Apart from the investments made by Türk Telekom in health ventures through its TT Ventures, the number of investments in the future should definitely increase.

Turkey moves up to the billions' league with single transaction

Some $61 billion has been added to global venture investments through 4,260 transactions from January through March this year, before the coronavirus pandemic hit most countries in the world, according to the "Venture Pulse 2020" report prepared by KMPG, a global network of professional firms providing audit, tax and advisory services.

While a downturn is expected in the second quarter, the amount of investment made in Turkish companies in the first half of 2020 exceeded $1.9 billion, with most of it coming from Zynga’s acquisition of Peak for $1.8 billion.

With the effect of COVID-19, startups operating in the fields of biotechnology, digital health, medicine and life sciences, artificial intelligence modeling for disease prediction and MedTech are expected to shine further in the coming period.

According to the startup monitor startups.watch data, the venture ecosystem in Turkey received $42.3 million in the first quarter of 2020 with 32 transactions. With 21 investments in the second quarter, the total investment amounted to some $1.9 billion. Startups in the U.S. and Europe have also received strong investments. The biggest transaction in the second quarter was Peak's acquisition by Zynga. Peak has thus become Turkey's first unicorn – a startup company valued at over $1 billion.

According to the "Venture Pulse 2020" report, which evaluated the development of the venture ecosystem in the first quarter of 2020, prior to the COVID-19 crisis, fintechs remained globally popular during the first three months.

Insider, a marketing technologies startup with 20 offices in various countries around the world, has also received investments from Riverwood Capital, Endeavor Catalyst and Sequoia Capital through an investment tour of $32 million completed in June. Insider became one of the leading companies of 2020 with a total investment of $46.1 million since its establishment.

The second-biggest acquisition of 2020 in the Turkish venture ecosystem also took place in June. The domestic payment platform Payguru was acquired for $40 million by the mobile payment company TPAY Mobile, which attracts attention with its large investments in the Middle East and Africa.

Turkish housing complex and apartment management software venture Apsiyon attracted a $5 million investment and stated that the cash obtained from the investment would be used to open up to international markets.

The traditional venture investment is expected to slow down significantly in the next quarter. Venture segments that may be attractive to investors are health and biotechnology, digital health, medicine and life sciences, artificial intelligence modeling to predict the spread of diseases and MedTech.

Endeavor Turkey and Endeavor Insight, the research unit of Endeavor Global, came together and carried out a study addressing the Istanbul technology entrepreneurship ecosystem in 2019.

Eczacıbaşı Group was the main supporter of the study, which was carried out in cooperation with the Istanbul Development Agency (ISTKA), which operates in coordination with the Industry and Technology Ministry.

The details of the Istanbul Technology Map are available on this website prepared with the support of ISTKA. In order for the entrepreneurship ecosystem to continue to develop in a healthy way, it is necessary to reorganize the research and development (R&D) and other startup supports, to revise the regulations regarding technoparks and to discuss the legal regulations on the employee share option.

With the Istanbul Technology Ecosystem Report prepared as a result of this study, the situation, strengths and weaknesses of the sector were evaluated for entrepreneurs.

Companies with high growth rates stand out mostly as companies operating in the fields of e-commerce, software as a service (SaaS) and payment infrastructure. Meanwhile, the entrepreneurial support infrastructure of Istanbul is growing rapidly, while the number of supporting institutions, which was five in 2010, increased to over 80 at the end of 2019. An incubator and acceleration center accounts for each of the 12 domestic technology startups in Istanbul.

The recent negative economic developments adversely affected the capital inflow from abroad to Turkey. However, Turkey also has strong local resources and the potential to create growth space for entrepreneurs. Decision-makers who want to support public, private and technology entrepreneurs need to strive to grow the capital available in Istanbul.

Although Istanbul has an important competitive advantage for technical talent, the human resources in the technology sector are few and continue to decrease gradually. Keeping talent in Istanbul and supporting its development is a primary priority of the technology venture ecosystem. Endeavor Insight studies conducted in the past revealed that comprehensive regulations on employee share options and financial incentives for the recycling of human resources are important tools for the employment and protection of employees.