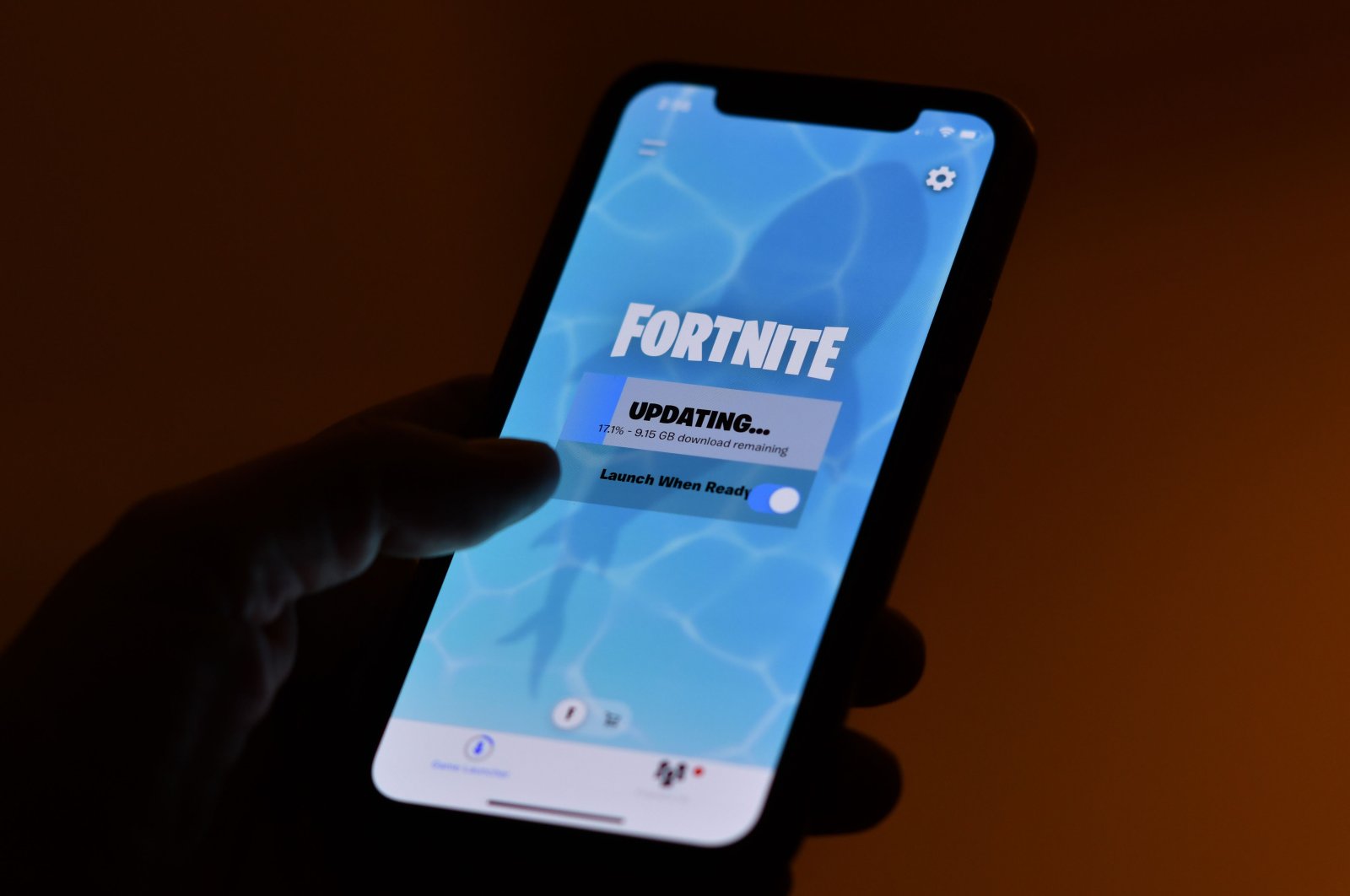 This illustration picture shows a person waiting for an update of Epic Games' Fortnite on their smartphone in Los Angeles on Aug. 14, 2020. (AFP Photo)
by French Press Agency - AFP Sep 07, 2020 9:27 am
RECOMMENDED

Epic Games is trying to convince a California court to reinstate Fortnite on the Apple App Store pending legal proceedings, arguing that doing so is in the "public interest," court documents show.

If not, the game could suffer "irreparable harm," the company's lawyers said in a new lawsuit delivered Friday.

The gambit comes amid a battle over whether Apple's tight control over the App Store and its 30% cut of revenue, counts as monopolistic behavior.

Apple pulled Fortnite from its online mobile apps marketplace on Aug. 13 after Epic released an update that dodges revenue sharing with the iPhone maker.

Last month, a U.S. court rejected Epic's bid to have Fortnite reinstated on the App Store, saying its eviction by Apple was a "self-inflicted wound."

"Over 116 million registered users have accessed Fortnite through iOS – more than any other platform," Epic says in the new complaint.

"By eliminating many of these players from Fortnite, and blocking Fortnite's ability to access over a billion iOS users, Apple is irreparably harming Epic's chances," it continues.

Daily active users have dropped by more than 60% since Fortnite was removed, it says, while Epic's reputation has also taken a hit.

"Epic may never see these users again," the lawsuit says.

But it did not back down from its fight against Apple, stating that the tech giant "is a monopolist."

Due to the legal row, Fortnite fans using iPhones or other Apple products no longer have access to the latest game updates, including the new season released at the end of August.

Apple does not allow users of its popular devices to download apps from anywhere but its App Store.