Erdoğan thanks Musk with NFT for helping with satellite launch 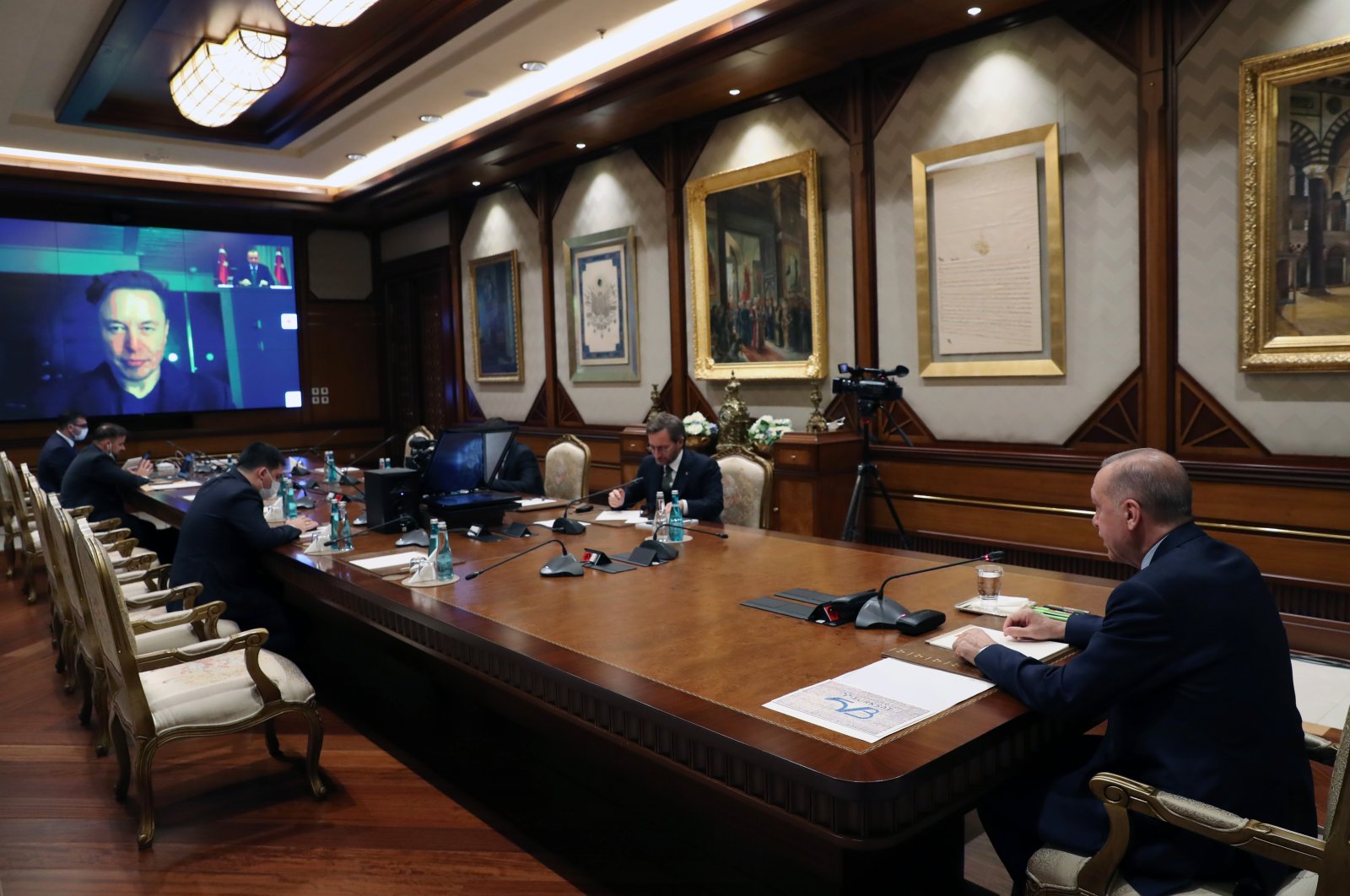 President Recep Tayyip Erdogan thanked Elon Musk, the founder of Tesla and SpaceX, for helping with the launch of Turksat 5A, a Turkish communications satellite, with an non-fungible token (NFT) of satellite art created by children.

Erdoğan and Musk held a videoconference on Thursday. In the meeting, Erdoğan and Musk discussed electrical autonomous vehicles, the digital economy, long-term investments as well as steps to enhance current cooperation.

The Turkish Presidency Friday released the video of Thursday's videoconference between Erdoğan and Musk, during which they discussed a number of issues ranging from the digital economy, Turkey's National Space Program and the country's first domestic electric car, TOGG.

Erdogan said the Turksat 5B satellite will be launched into space on Sunday via SpaceX and thanked Musk for helping Turkey with the January launch of the 5A satellite.

"We'll gift you with an NFT of satellite art created by 5,000 of our children," he added.

Musk expressed gratitude for the gift, saying that he looks forward to "launching the satellite and doing many things with Turkey in the future."

Musk, the richest man in the world, was recently named Person of the Year 2021 by Time magazine.

Musk, who overtook Amazon founder Jeff Bezos this year to become the world's wealthiest person, wields a powerful impact on both Earth with his Tesla electric car company and beyond our planet, with his SpaceX rockets.