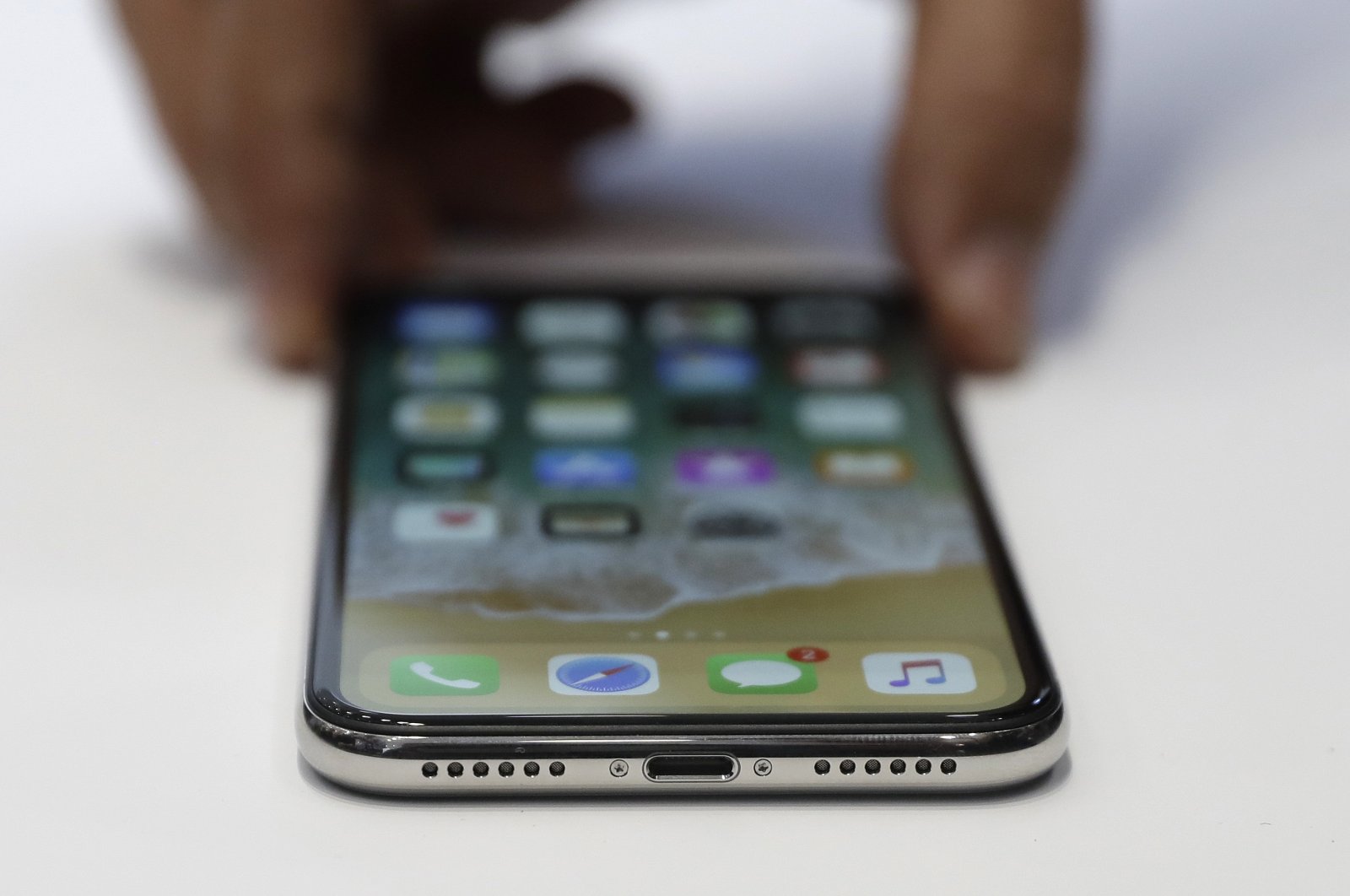 The new iPhone X is displayed in the showroom after the new product announcement at the Steve Jobs Theater on the new Apple campus, in Cupertino, California, U.S., Sept. 12, 2017. (AP Photo)
by French Press Agency - AFP Sep 23, 2021 2:40 pm
RECOMMENDED

The European Union on Thursday announced its intention to impose a universal smartphone charger – a move likely to affect iPhone maker Apple more than its rivals.

The European Commission believes a standard cable for all devices will cut back on electronic waste, but Apple says a one-size-fits-all charger will stop innovation and create more pollution.

The EU is a massive market of 450 million people, and the imposition of the USB-C as a cable standard could have a decisive effect on the global smartphone market.

"European consumers have been frustrated long enough about incompatible chargers piling up in their drawers," said EU executive vice president Margrethe Vestager in a statement.

"We gave the industry plenty of time to come up with their own solutions, now time is ripe for legislative action for a common charger," she said.

Consumers currently have to decide between three main chargers to power their phones: Lightning ones for Apple handsets, micro-USB ones widely used on most other mobile phones and USB-C ones that are increasingly being used.

That range is greatly simplified from 2009, when dozens of different types of chargers were bundled with mobile phones, creating piles of electronic garbage when users changed brands.

The EU said the current situation remained "inconvenient" and that European consumers spent approximately 2.4 billion euros ($2.8 billion) annually on standalone chargers that do not come with their electronic devices.

Apple, which already uses USB-C connectors on some of its iPads and laptop computers, insists legislation to force a universal charger for all mobiles in the European Union is unwarranted.

"We remain concerned that strict regulation mandating just one type of connector stifles innovation rather than encouraging it, which in turn will harm consumers in Europe and around the world," Apple said.

The European Commission had long defended a voluntary agreement it made with the device industry that was set in place in 2009 and saw a big reduction in cables, but Apple refused to abide by it.

In the commission's proposal, which could yet be considerably changed before ratification, smartphone makers will be given a 24-month transition period, giving "ample time" for companies to fall in line, the commission said.

Apple said that it believed the two-year transition period would be a major worry for the industry as it could prevent the sale of existing equipment.