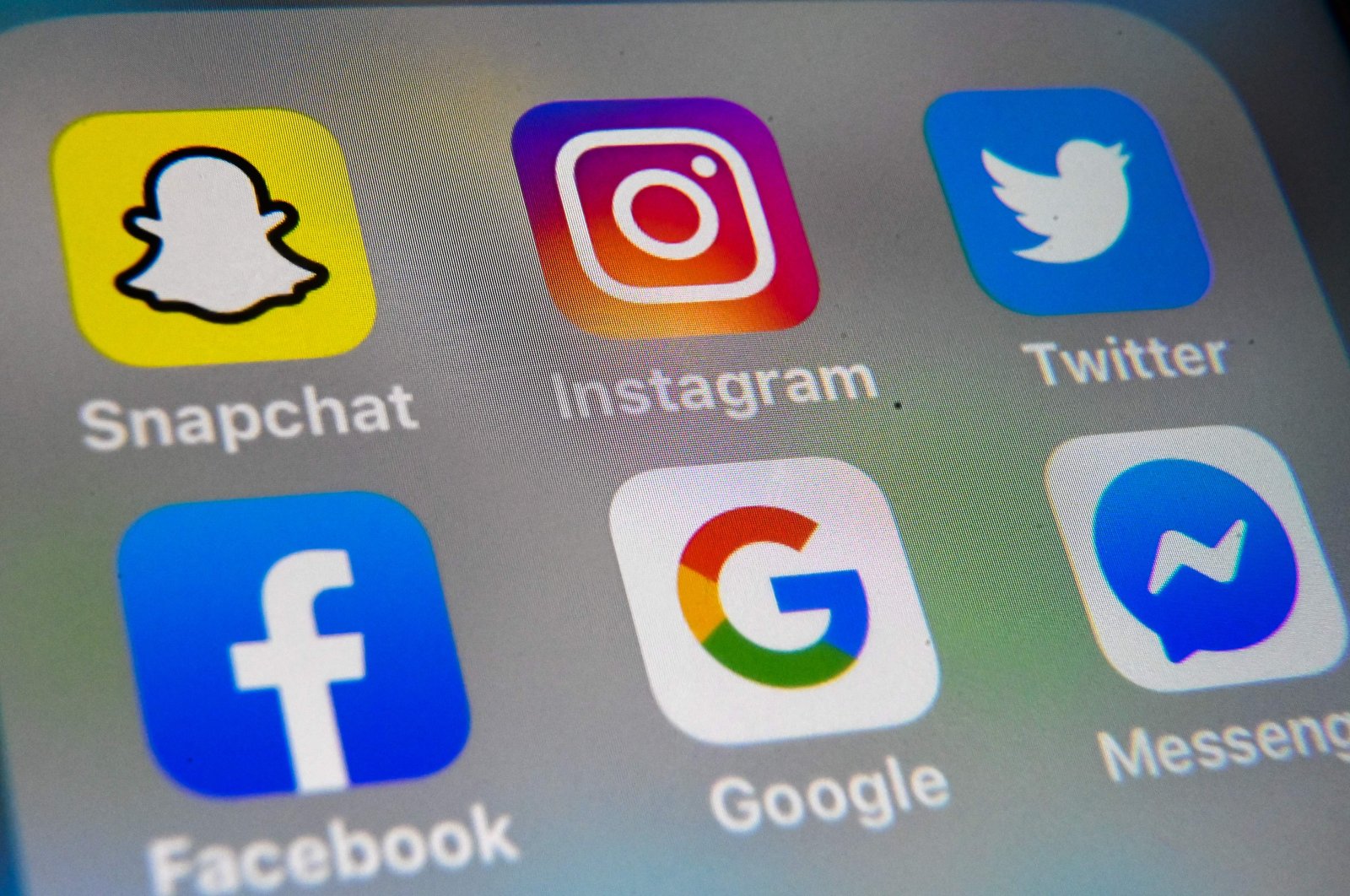 In this file photo taken on Oct. 1, 2019, a picture taken in Lille shows the logos of the mobile apps Instagram, Snapchat, Twitter, Facebook, Google and Messenger displayed on a tablet. (AFP Photo)
by Reuters Mar 22, 2020 9:31 pm

Facebook will downgrade video streaming quality on its platform and on Instagram in Europe, the latest U.S. tech giant to respond to an EU call to stave off internet gridlock as thousands work from home due to the coronavirus outbreak.

While European telecoms operators say their networks have been able to cope with the data traffic rise so far, there are fears of congestion as more and more people work at home.

"To help alleviate any potential network congestion, we will temporarily reduce bit rates for videos on Facebook and Instagram in Europe," a spokesman said in a statement.

The move will last as long as there are concerns about internet gridlock, a person close to the company said.

Both Netflix and YouTube said they would cut their picture quality for 30 days while Disney said it would lower its overall bandwidth utilization by at least 25% in all of the European countries launching Disney+ next week.

Streaming video can account for two-thirds of traffic on fixed and mobile networks.