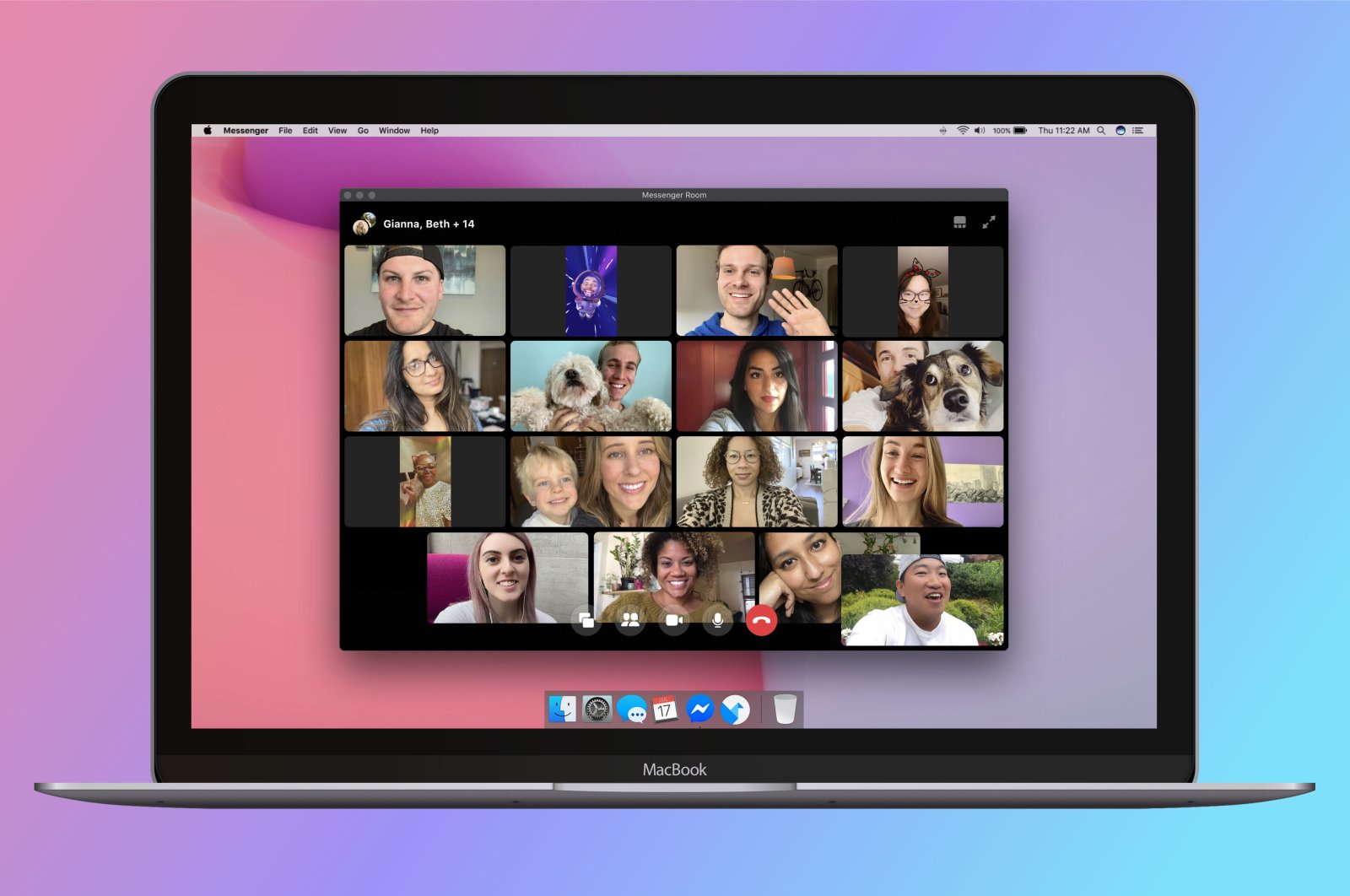 Facebook on Friday unveiled a new video chat service with virtual "rooms" where people can pop in to visit friends, aiming at users turning to the popular Zoom platform during the pandemic.

Through the Facebook Messenger application, users can make video calls that as many as 50 friends can join and linger in as long as they wish, even if they don't have Facebook accounts, the leading social network said.

Unlike work video conferencing platforms such as Zoom, "Messenger Rooms" is tailored for socializing with friends and family whether it be birthdays, happy hours, book clubs or parent groups.

"This is designed to be more serendipitous and spontaneous," Facebook chief executive Mark Zuckerberg said while briefing Agence France-Presse (AFP) on Rooms.

"I just keep a window open on my computer or phone and people who I normally wouldn't go out of my way to call just sort of drop by."

"I feel like we are missing that in our lives right now," he added.

The launch comes amid surging use of Zoom, which was designed as a business video platform, and other online chat services to help people connect during the lockdowns.

Facebook users will be able to create virtual rooms and decide who to invite to join, according to Zuckerberg.

"I could be hanging out on a couch on the weekend and send out an invite to all my friends to come to a 'hanging-out-on-the-couch room,'" Zuckerberg said.

Fun features include augmented-reality effects such as bunny ears and aliens, along with immersive fake backgrounds.

"People can just send a link to their grandmother or whomever," Zuckerberg said.

"You can tap on the link from anywhere and if you don't have the app it will open in your browser."

"We have the advantage of establishing a secure perimeter," Zuckerberg said.

"There are tools to kick people out easily; lock rooms, or close them if things are going badly."

Facebook does not view or listen to calls, and people who create rooms control who gets in, according to Messenger vice president Stan Chudnovsky.

Messenger Rooms was expected to be available to Facebook's nearly 2.5 billion users around the work in the coming weeks.

The use of video calls and conferencing has rocketed as people work, learn, and socialize remotely while staying home to avoid the coronavirus.

Many people have turned to video conferencing platform Zoom, which has scrambled to harden defenses and stem security problems such as data hacking and harassment by individuals who crash sessions in what is referred to as "Zoombombing."

Video "presence" services from Facebook, Google, Microsoft and other technology firms have been ramping up capabilities and features to be the preferred platform.

"Through this period people are relying on social and communication services more than ever," Zuckerberg said.

Facebook plans to add ways to create "rooms" from its Instagram and WhatsApp messaging platforms as well as using its Portal smart screens.

Facebook is also doubling the number of people who can simultaneously take part in WhatsApp group video calls to eight.

Increasing video chat group size at WhatsApp is more technically challenging because calls are encrypted end-to-end, according to Zuckerberg.

"Being able to expand the size of groups on those calls is a big deal, so I am excited about that," he said.