Ground station installation at final stage for Turkey’s Türksat 5A, 5B satellites 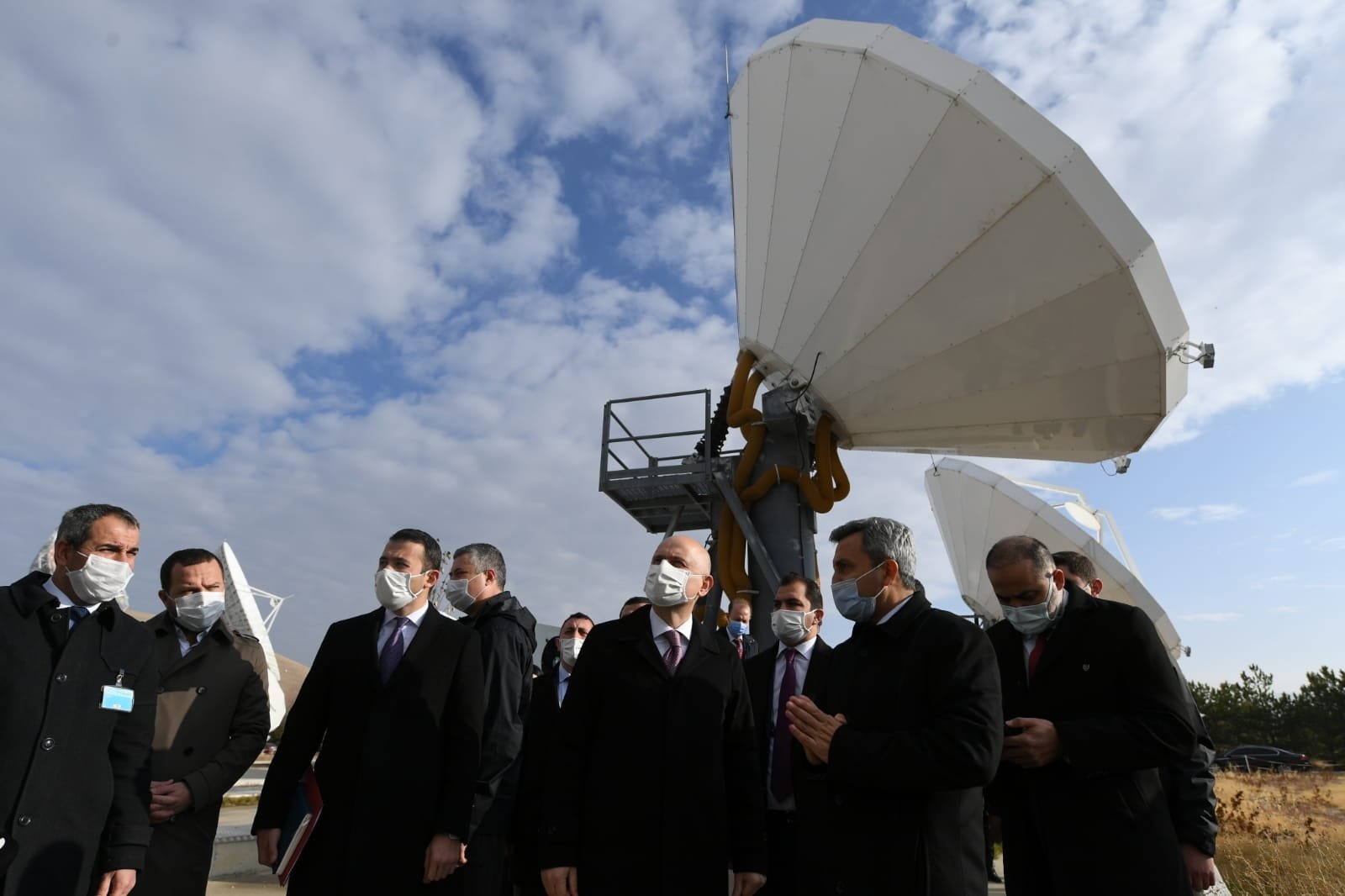 The final stage was reached at the Türksat Gölbaşı Central Compound in the Turkish capital Ankara on the ground station’s installation work for the new frequency bands that will serve the country’s Türksat 5A and 5B satellites, Infrastructure and Transportation Minister Adil Karaismailoğlu said Wednesday.

The minister reiterated that following the launch of the Türksat 5A satellite, Türksat 5B, “another milestone” for which the country has started satellite level tests, will be launched into space in the second quarter of 2021.

“For the new frequency bands that will serve the Türksat 5A and 5B satellites, which are planned to enter service in 2021, ground stations will be installed at our Gölbaşı Central Compound,” he said.

Karaismailoğlu was speaking during a meeting held at the facility.

With the Türksat 3A, 4A and 4B communication satellites, some 3 billion people in over 118 countries are now in Turkey’s coverage area, he said.

Karaismailoğlu pointed out that the responsibility area of the Transport and Infrastructure Ministry not only covers the establishment and management of systems that provide freight and passenger transport but also “data transport.”

"We are carrying out serious strategic work with all our organizations to make our country a leader in the region in the internet and informatics sector with satellite-space, communication and broadcasting services and to have a voice in the world. We mobilize our domestic and national resources to progress in this way,” the minister said.

Karaismailoğlu said that the integration works are continuing for the Türksat 6A, which is very significant in terms of its locality rate and role in making Turkey among 10 countries capable of producing its own satellites. The work is being carried out at the Turkish Aerospace Industries (TAI) Space Systems, Integration and Testing Center located in the Kahramankazan district of the capital.

Türksat 6A will be sent to space in 2022, Karaismailoğlu said. The ministry continues to establish a backup system in Kahramankazan to carry out the activities of Türksat's satellite control and ground stations, frequency observation, TV uplink and teleport, and Ka-Band satellite systems.

He stated that Ka-Band services, which will be offered with the Türksat 5B satellite, will be provided with three different "gateway ground stations."

The minister added that work has also begun on the installation of ground stations to be established in western Izmir province, Ankara and eastern Van province.