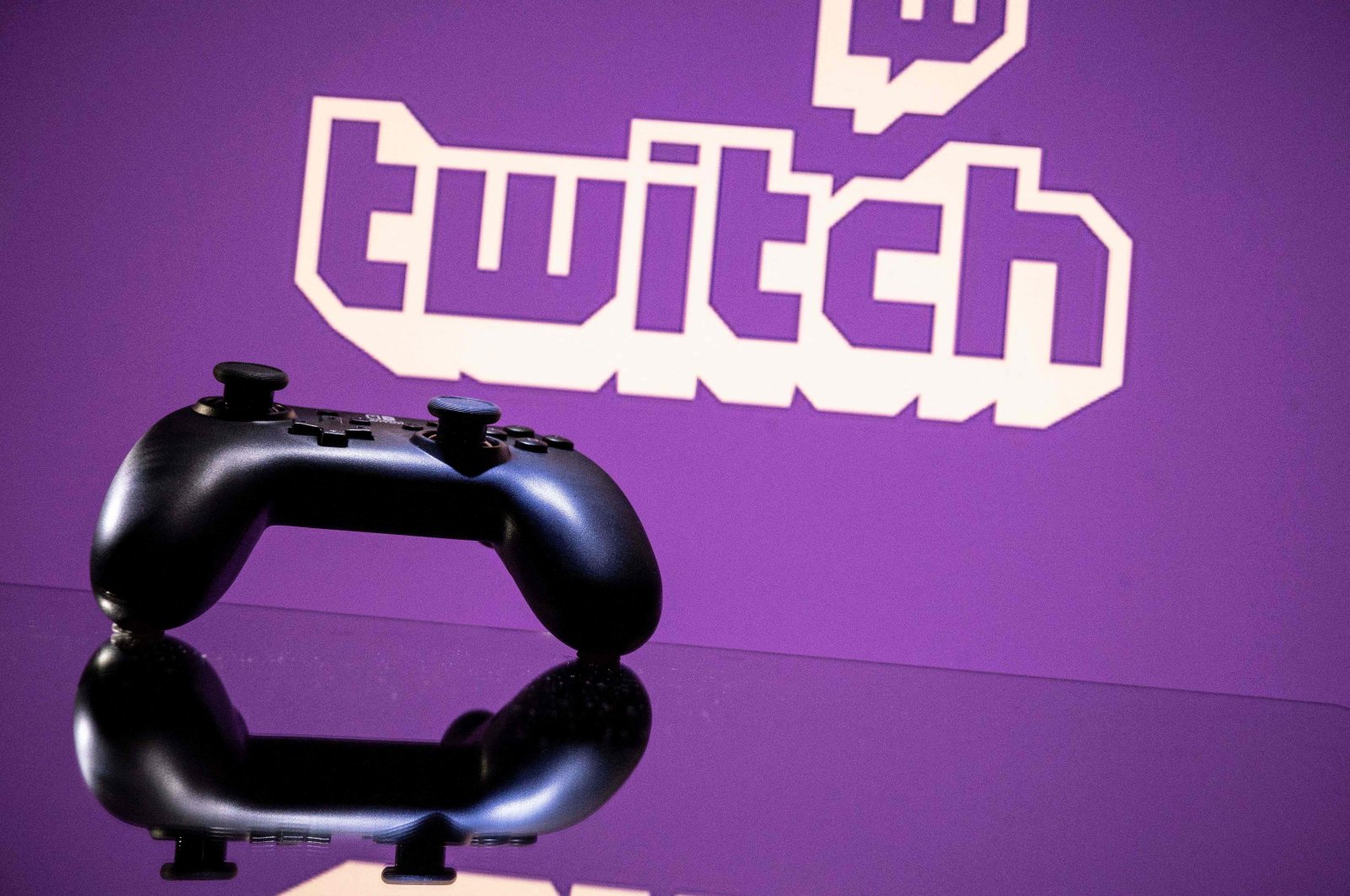 A console controller is pictured in front of a screen displaying the logo of Twitch in Toulouse, southwestern France, June 15, 2021 (AFP Photo)
by DAILY SABAH
Oct 06, 2021 5:11 pm

Multiple media outlets on Wednesday reported that Amazon’s video game streaming platform Twitch had been attacked by an anonymous hacker, who claimed to have exposed sensitive source code and details on payouts to content creators.

Amazon’s plans to launch a digital gaming distribution platform, a potential challenger to Valve Corp.’s dominant Steam storefront, were also exposed as a result of the leak.

Bloomberg has previously reported on the digital giant’s plans for a digital game store.

A link with 125 gigabytes of data was posted by the hacker who said the move was designed to “foster more disruption and competition in the online video streaming space,” on 4Chan, a conspiracy theorists-supported internet messaging board.

The hacker described the video streaming space as a “disgusting toxic cesspool,” according to industry website Video Games Chronicle.

The leaked data was said to detail how much the platform’s top streamers have earned via payouts from August 2019 to September 2021, with some channels raking in as much as $9.6 million, according to Gamesindustry.biz.

Amazon didn’t immediately respond to a request for comment, but several media sites said Twitch was aware of the breach and confirmed that it was legitimate, according to Bloomberg.

Twitch was acquired by the Seattle-based company in 2014 and was combined with Amazon’s other Prime services, like Amazon Music and Prime Gaming, once called Twitch Prime.

Twitch is a leading broadcaster of video gameplay, a live streaming platform that attracts millions of viewers that offers streamers a share of advertising revenue.