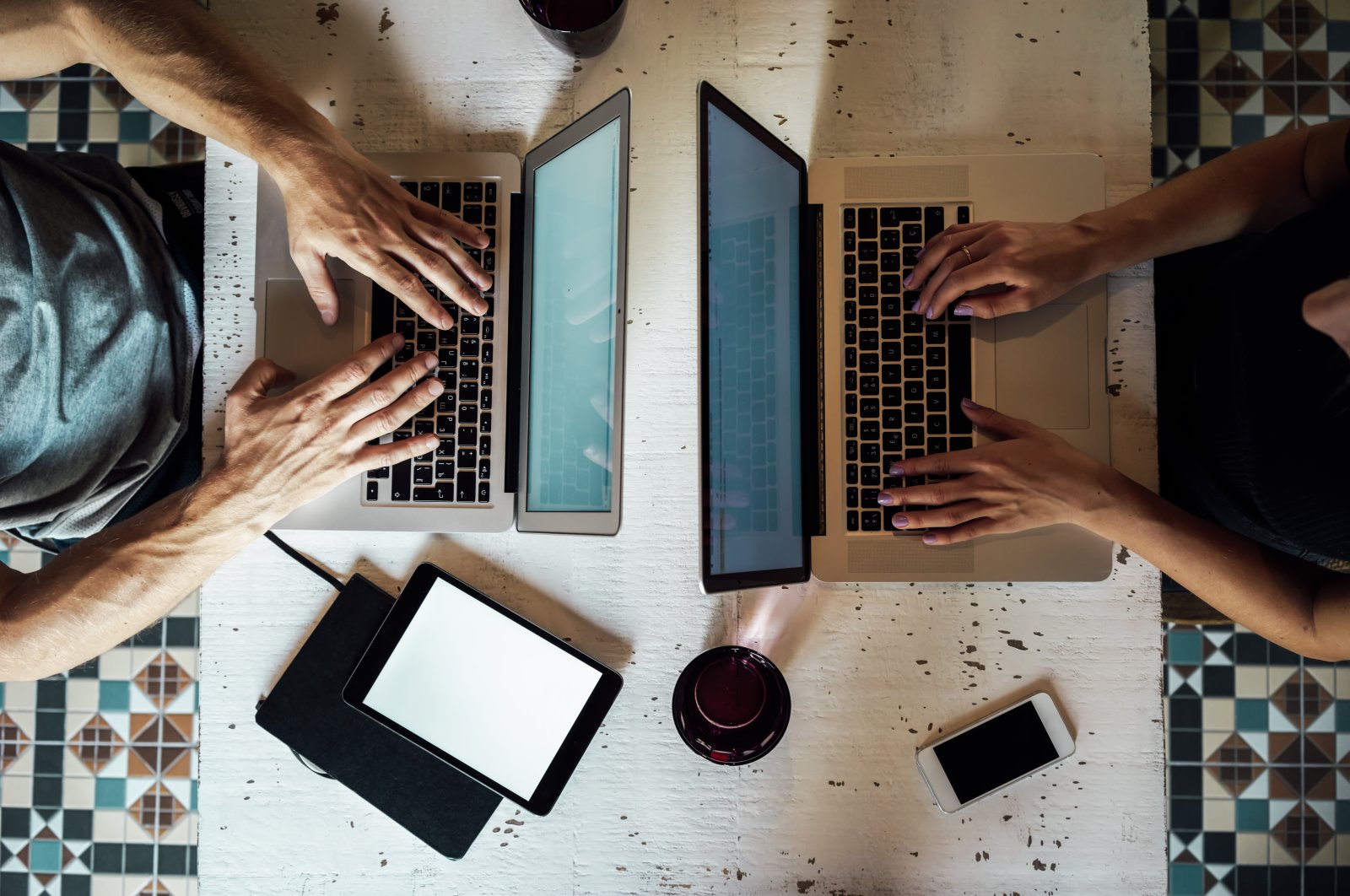 Rimuut has developed an innovative commercial model to provide services such as invoicing, payment and contracting for freelancers and help them function as companies. (Shutterstock Photo)
by Timur Sırt
Oct 30, 2020 4:19 pm

Turkish startups are creating solutions aimed at independent professionals who are using technology more than ever. Founded in 2017, Rimuut offers 30,000 professionals the opportunity to work independently in 70 countries

Qualified human resources constitute the most important asset in the technology sector. The coronavirus pandemic has brought along new opportunities for freelancers and entrepreneurs, with many entering the sector during the outbreak.

Startups like Rimuut can increase the share of Turkey's digital service exports of human resources that work in the trillion-dollar technology industry. This is not limited to Turkish citizens.

Founded by brothers Esen Bulut and Mert Bulut in 2017, Rimuut provides services to more than 30,000 freelancers and over 3,000 institutions in more than 70 countries.

It has developed an innovative commercial model to provide services such as invoicing, payment and contracting for freelancers and help them function as companies.

Under Rimuut, which grew 300% in 2019, the three most prominent service areas are software, creative services and human resources that we can call freelancers with digital marketing experience.

With the help of such services, Turkey can protect the knowledge created by freelancers during the pandemic. Considering that the service export of the independent professionals in Turkey approaches eight-digit levels in euros, this value should not be ignored. More importantly, well-trained human resources with high-tech talents can be added to the independent professionals from the region as well and not just from Turkey.

"With the new economy and digitalization, we are living in a period where the importance of borders is gradually decreasing. In that sense, we are in the middle of an increasingly accelerating paradigm shift," Esen Bulut said, stressing that Turkey should bank on such opportunities.

"Many problems that arise with this new era await strong, permanent and realistic solutions. We see that country administrations are as effective as enterprises and companies to solve these problems and create added value for their countries in ways that can be regarded as 'shortcuts.' The shortcut expression means that instead of implementing long-term strategies, such as raising a qualified workforce, making arrangements that will attract qualified workforce, creating appropriate infrastructures and producing much greater value-added solutions in a much shorter time. Thanks to Turkey's geopolitical and logistical advantages, it is possible to become a center of attraction for startups and entrepreneurs. We are ready to support such a vision," Bulut said.

Considering that products and people cannot travel comfortably in the pandemic, Rimuut's vision of becoming Turkey's regional attraction for professionals working in the field of software and services is invaluable for its knowledge of the past three years.

Rimuut aims to create permanent, value-added export lines for Turkey, Bulut explains."What's more, in the 21st century, we do not have to do this only with the workforce in Turkey. The question we often ask as the founders of Rimuut is how Turkey should get a share from the enterprise economies created by freelancers in the surrounding ecosystems," she added. "It is very possible to do this with the right moves. At Rimuut, we want to be the pioneering enterprise that moves in this direction."

The number of new generation freelancers who make better use of technology is not increasing. The rate of workers who continue to work for the same company is quite low. In fact, workers who retire from the same company they started at are almost impossible to find. That is why startups like Rimuut, which adapt to the business world and working conditions of the future, are increasing in value.

Bulut further stated that Rimuut offers freelancers a flexible corporatization alternative that charges based on usage.

"Full-time or part-time self-employed professionals enable remote digital services professionals to work like companies without incorporating them into corporations," she stressed. "It proposes an alternative path for the workforce who as a career prefer more flexible and balanced lives. Besides, it provides an infrastructure where the disadvantaged segments of the workforce, whose participation in the economy is limited due to various reasons, can provide services without leaving their comfort zones. In this sense, we can express that we help the labor market to become more democratized."

Rimuut's unpleasant experience in Estonia has revealed that sometimes entering venture ecosystems that seem attractive, can lead to unwanted consequences.

Estonia's e-Residency program, which has led to the birth of many successful startups, has demonstrated it can be susceptible to abuse, as in the case of Rimuut.

Surprisingly, the Estonian state turns a blind eye and dubs "at the legal stage" the things done by a company that ethically and illegally violate the system, which has been established as a result of great effort.

Bulut further elaborates on their experiences while promoting the e-Residency program of Estonia, which contains important lessons for other startups.

"In 2017, we set out with a global vision. While following this vision, we decided to incorporate within our main market, the European Union. The e-Residency program, which they started in 2014, was calling for entrepreneurs from all over the world to do business in a favorable environment. We decided to establish our company and organization in Estonia within this program," she continued.

As an organization established within the e-Residency, Bulut said, "you have to work with service providers that provide services such as company establishment, paperwork management, finance and accounting management, and submit information/documents to these providers."

The service provider company that Rimuut worked within this context terminated its membership by using the argument that it has "grown too big for them."

"They released our replica product in about a week or two and announced that they received an investment of $7 million for this product. The problematic point in this behavior, which seems to be considered normal in the free economy, is that a company managing all the paperwork and accounting of our company, collects all the data for the validation of a business model that was built from scratch, producing duplicate products in a way that leads to unfair competition and competing with us," Bulut explains.

"Our wish and belief are that the Estonian courts show the support and determination that the e-Residency program authorities could not show and correct this mistake."

Rimuut enables the companies to become more flexible and competitive by making it easier for them to work with a flexible workforce, Bulut says.

"Models such as the sharing economy, on-demand economy, which we witnessed at the individual level in the 2010s, will become widespread in the 2020s. We anticipate that to become more flexible and competitive, companies will meet their needs from common talent pools and based on demand, especially in the post-COVID-19 period," she noted.