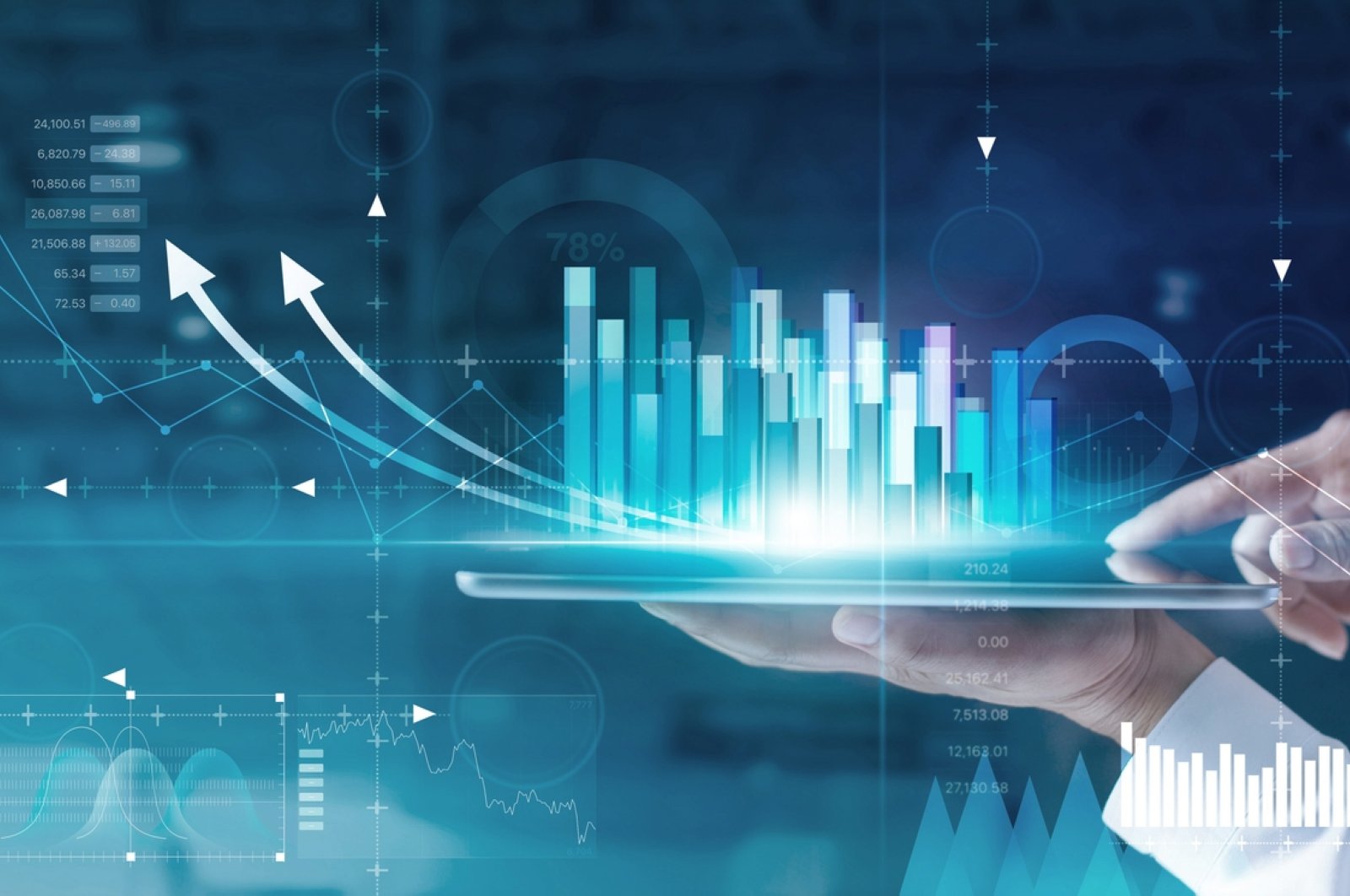 In the first nine months of 2020, the investments of $114.6 million received by 106 startups surpassed the investment total of $106 million in the whole of 2019. Looking at the last two years, it is estimated that there are $421 million worth of funds waiting for startups

The enterprise ecosystem continues to grow during the pandemic period. According to Startups.watch data, 106 startups received an investment of $114.6 million (TL 910 million) in the first nine months of 2020. In the whole of 2019, 106 startups had received $106 million. Moreover, despite the seven-month period under the influence of the pandemic, the resulting development pleased the enterprise ecosystem. Insider and Meditopia's investments have had a high impact on the investment of $114.6 million.

However, the total figure does not include any investments received by e-scooter company Martı. It is remarkable that the figures for the first nine months announced at the Startups.watch third quarter event held online will be boosted even higher as soon as the investment agreement of Martı becomes official.

In terms of the investment amount, Pazarlama Teknolojisi came to the fore due to Insider, while cloud-based software as a service (SaaS) startups were able to stand out in terms of the number of investment deals.

Again, according to Startups.watch data, Turkey is in the second league in Europe in the third quarter of 2020 in terms of the angel and venture capital investments compared to other countries. In fact, it can be said that it is far behind its population and potential. When we look at the Middle East and North Africa, Turkey was again in the second league. However, unlike last quarter, Turkey ranked above the United Arab Emirates (UAE) and Egypt.

In the third quarter, another gaming startup Rollic achieved a hard-to-repeat success with a $165 million exit deal in 21 months.

The venture ecosystem also witnessed an interesting change in terms of funds. The funds rolled up their sleeves to support more startups in Turkey, without being affected by the increase in the dollar exchange rate. Until now, eight funds have accumulated $176 million in resources.

Looking at the last three years, there is a $421 million fund waiting for startups in Turkey. Although there are many startups adversely affected by the pandemic, increasing assets in the digital space are more valuable than ever. Looking at the Startups.watch data, eight Turkish startups abroad managed to receive $27 million worth of investment in the third quarter.

Support for startups from R&D fund

Delivering the keynote speech at the Startups.watch third quarter event, Transport and Infrastructure Deputy Minister Ömer Fatih Sayan announced that technology startups could also benefit from the R&D fund. Sayan underlined that they prioritize domestic software and hardware investments in telecom infrastructure. “The success of technology startups, especially gaming startups, in Turkey is quite pleasing. We also want to contribute to the contribution of the Ministry of Trade and Technology. We will do our best to ensure that entrepreneurs as well as researchers benefit from the R&D fund. We are proud that many startups from Turkey are successful in the world. After all, Turkey wins,” Sayan said.

Referring to the studies on 5G and eSIM, Sayan said that they highlighted their 2023 targets due to the pandemic. “We have taken important steps in domestic contribution to five,” he continued. “We are now at 23%. We will take this further. We are glad that a local startup is also a pioneer in eSIM. Although international approvals take time, we are implementing a local solution in this regard. With the 5G network, eSIM will become even more important. Operators will be able to start service on eSIM.”

Sayan also touched on the reflections of the legislation known as the Social Media Law. “We asked social media companies to take responsibility and appoint representatives in Turkey, just as they take responsibility in Germany in Europe. We brought incentives to the agenda instead of penalties for hosting services. Despite significant incentives, especially in electricity and leasing, a slowdown was brought to the agenda. We have a positive perception in this regard. We expect social media companies to act responsibly,” he said.

Striving for gaming applications and startups to be stronger on the Google platform, Sencer Kutluğ uses the platform for the success of gaming startups with nine years of experience at Google.

Kutluğ, the Google Play, mobile applications and startups industry leader, talked about Google's support to game application developers and startups with a presentation at the Startups.Watch event. “The reason why gaming startups are so popular is that they can reach 2 billion people from day one,” Kutluğ said. “We are talking about a sector worth $160 billion. We expect it to reach $175 billion in 2021. The fact that the sector is growing three times faster in the pandemic has made the gaming industry more popular. Important entrepreneurs have emerged from Turkey in relation to e-commerce. However, there are no problems such as impassable customs walls and logistics in the gaming industry. In the gaming industry, they can sell games anywhere from Japan to Canada.”

Kutluğ drew attention to the road map Google offers to game developers. “We believe that exporter new gaming startups will emerge from Turkey. We have prepared a three-stage platform for this,” he said.

“First, the development of the business plan and the emergence phase of the game as the game emerges. In the second phase, we offer a platform where successful gaming startups will have the chance to receive mentoring, that is, they will get in touch with the ecosystem. We have now started an event with 100 people attending 20 gaming startups. There are 14 support personnel from Google and experienced game developers. Successful gaming startups such as Rovio and Gram Games also share their experiences on the platform. Finally, there is marketing support offered during the growth phase. We aim to increase the share of exports from this giant sector through more gaming startups from Turkey. In 2021, we want to increase the number of these programs and touch more startups," he said.

Volkan Biçer, the biggest investor of Rollic, pointed to the marketing support that the startup, sold to Zynga for $165 million, received from the state. “Previously, we could not find investors in Turkey during the sale of the startup Mobilike. Now, instead of getting support from investors, we have benefited from the state's advertising support,” he said.

“In fact, we should remember that it gives us bargaining power even though we do not need it as a profit-making startup. We focused on success in the U.S. market by preparing the right games for our young team with the international marketing power we have. We showed an important reflex during the pandemic period. We worked faster and more focused than other teams. The impact of previous experiences has also made it easier for us to achieve a successful exit. When the offer came, we signed an exit agreement without waiting to complete two years because we know how success will come. We believe that the success story that Rollic will provide us will bring us to better places," Biçer said.

In fact, it is obvious that the investor who provides good marketing support has long years of working experience behind the sale in a short period of 21 months.

Syntonym increases the capabilities of visual artificial intelligence (AI) by protecting personal data used by various sectors and technology, from driverless automobiles to the retail sector, as well as provides more accurate predictions. It supports the creation of solutions that will make a difference.

AI software needs more data to contribute to the development of accurate predictions. However, not every institution has visual data collected from social media or devices. Moreover, some startups provide important solutions for the processing of visual data tied to national and international personal data laws.

Syntonym, which is among the eighth term startups of Türk Telekom's startup acceleration platform PILOT, protects the privacy of individuals by anonymizing the data held by institutions that process and store visual data in accordance with the EU's General Data Protection Regulation (GDPR) and Turkey's Personal Data Protection Law (KVKK). It enables the data to be processed, shared and used as AI training data without the need for explicit consent, thus contributing to every institution to develop solutions that will benefit from AI capabilities.

Syntonym focuses on a solution that will ensure the value of data by protecting the privacy of the customer, thus, enabling institutions to develop foresight in the area left to global technology giants.

Syntonym preserves analytical metrics such as age, gender, head position and facial expressions, unlike traditional methods, by irreversibly replacing existing faces, which are biometric data in images and videos, with synthetic faces that never existed. This anonymization without corruption improves the accuracy and reliability of AI algorithms, as well as enables advanced data analysis. The startup, which managed to get support from ITU Çekirdek, the incubation center of ITU ARI Teknokent, managed to receive an investment of TL 250,000 ($31,475).

MediaMarkt aims to bring together entrepreneurs who will reshape retail in the market with the “MediaMarkt Startup Challenge” project, which started in Turkey and spread globally over time. The MediaMarkt Startup Challenge jury, which evaluates the applications after the application process that started in August, will announce the successful entrepreneurs at Challenge Day to be held Oct. 20. The event, which will be held online this year due to the COVID-19 pandemic, will be broadcast live on Oct. 20. Thus, anyone interested in the entrepreneurship ecosystem will be able to follow the event simultaneously by registering for free here.

The entrepreneurs who make it to the finals in the event will tell you which innovative projects they aim to lead in the retail industry. At the event where 10 entrepreneurs will present their projects to the expert jury, the jury will announce the top three awarded projects after the presentations.