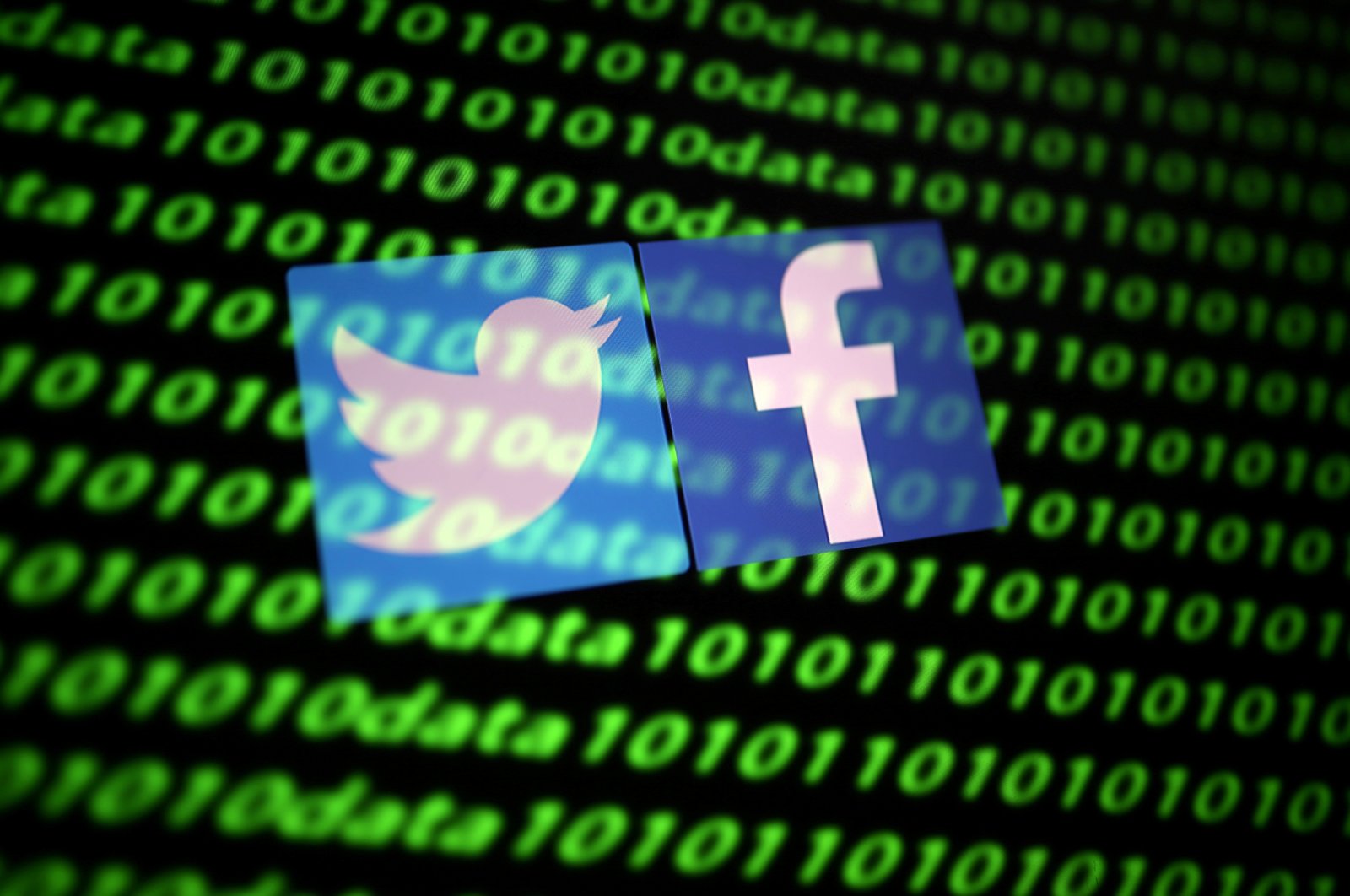 The Twitter and Facebook logos along with binary cyber codes in this illustration taken Nov. 26, 2019. (Reuters Photo)
by REUTERS Jan 15, 2021 6:59 pm
RECOMMENDED

Pension fund managers and religious investors on Friday asked top social media companies to step up their content control efforts to reduce the threat of violence ahead of the inauguration of U.S. President-elect Joe Biden next week.

The effort is the latest pressure on Facebook Inc., Twitter Inc. and Alphabet Inc. over extreme rhetoric after the storming of the U.S. Capitol last week by supporters of President Donald Trump.

In letters sent on Thursday, the investors – including New York State Comptroller Thomas DiNapoli, the Service Employees International Union and the Unitarian Universalist Association – asked for steps including disabling the coding they said tends to elevate conspiracy theories and radicalizing content, and for the companies to continue to flag content with hashtags like #Stopthesteal.

In the longer run, boards and executives must review their “business model and reliance on algorithmic decision making, which has been linked to the spread of hate and disinformation online,” the letters said.

Alphabet representatives did not respond to questions. A Facebook spokesperson said it has banned over 250 white supremacist groups and enforced rules like those barring militias from organizing on its platform. A Twitter representative cited actions it has taken like suspending accounts that mainly shared QAnon content.

Violent rhetoric on social media platforms has ramped up in recent weeks as groups openly planned for the gathering in Washington, according to researchers and public postings, prompting criticism of the companies for failing to take action in advance.

Twitter and Facebook banned Trump’s accounts last week as the tech giants scrambled to crack down on Trump’s baseless claims of fraud in the U.S. presidential election.

The activist investors together manage about $390 billion in assets but own relatively small stakes in the social media companies. Top shareholders in the space so far have declined to comment on their responses including BlackRock Inc., Vanguard Group Inc. and Morgan Stanley.

The bans on Trump have prompted concern among other investors that users and advertisers would leave for different platforms. Twitter CEO Jack Dorsey said the decision was correct but set a dangerous precedent. Facebook operations chief Sheryl Sandberg has said the company has no plans to lift its ban.