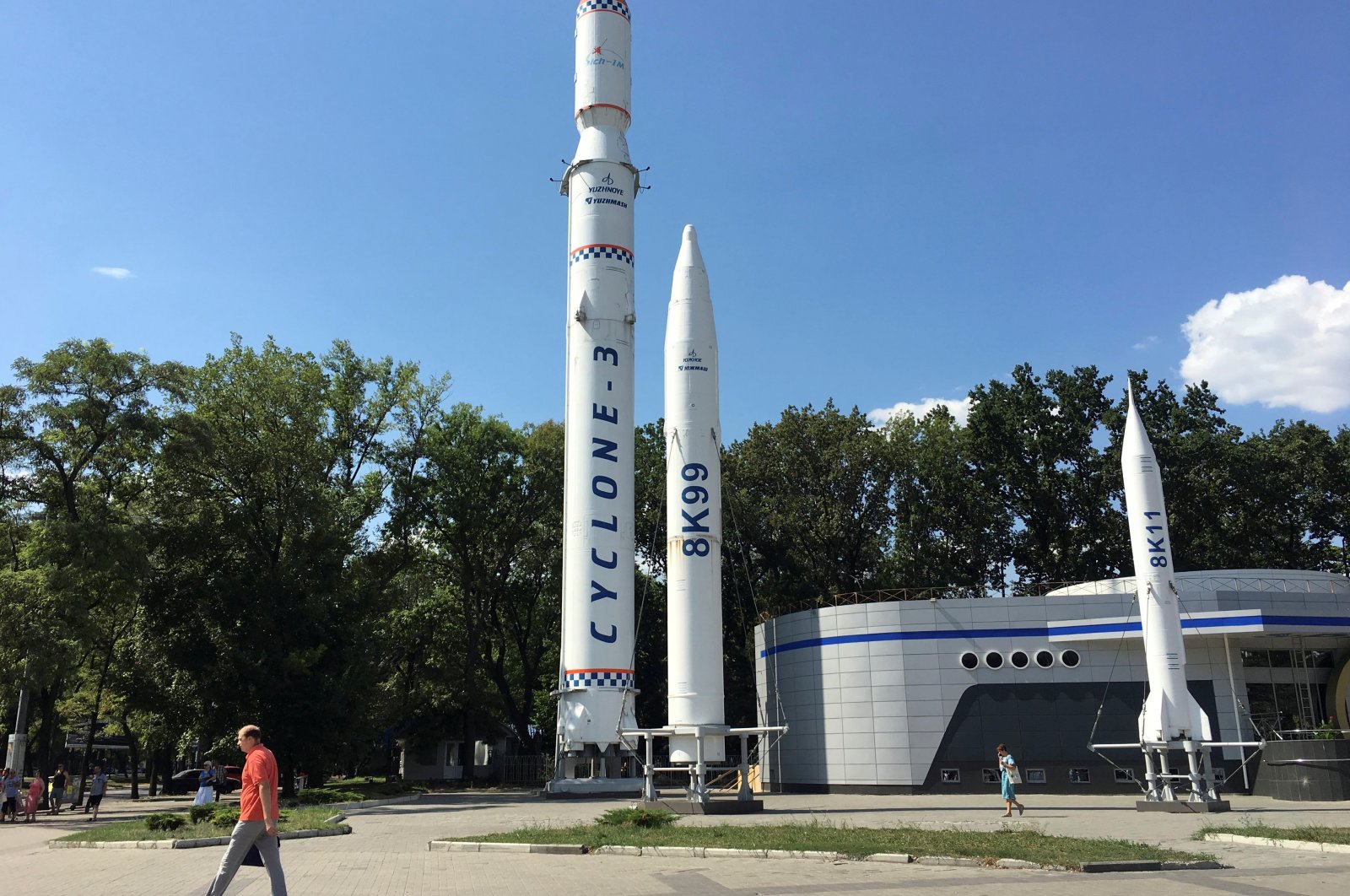 The statement came after broader steps were announced by Kyiv and Ankara outlining cooperation in several fields, including defense and technology.

Yıldırım spoke Thursday at Turkey’s embassy in the Ukrainian capital Kyiv during a visit to the fellow Black Sea state.

The Space Agency – which was established in late 2018 as one of the projects in President Recep Tayyip Erdoğan's 100-day action plans – has been in operation for one year. Yıldırım stressed that cooperation with Ukraine is significant given it was the first country that the agency signed an agreement with.

Reiterating that a comprehensive cooperation agreement had already been inked with Ukraine, Yıldırım said upcoming negotiations would be built on this foundation.

Yıldırım said that both countries had taken steps to carry out the projects jointly under the scope of the signed agreement, however, that the COVID-19 outbreak had caused a slight postponement of mutual negotiations.

Referring to the meeting as a "delayed yet productive visit," Yıldırım said that they had a chance to visit the production and design facilities in Dnipro – dubbed Ukraine's “space valley.”

“There have been fruitful and promising talks,” he said.

Ukrainian authorities have been attempting to revitalize the country's space industry, accelerating projects at facilities in the city of Dnipro, which served as a hub for rocket and space research during the Soviet era.

The Turkish delegation paid a visit to Ukraine’s space agency, as well along with other institutions in the capital.

Yıldırım went on to say that the recent meetings were set to form cooperation in the space field, something both of the countries are eager to achieve.

“We have seen that there are many cooperation opportunities such as launch technologies, satellite production and marketing, and the development of space-related subsystems,” he said.

Yıldırım emphasized that when the potential is achieved, both countries will benefit and have a stake in the world’s developing aerospace sector.

He further noted that the cooperation would also be open to third or fourth parties and that this would only strengthen the existing bilateral cooperation. Negotiations are ongoing in regard to partnerships, he added.

The country’s state space agency, along with the Ukrainian Defense Industry and state-owned aircraft manufacturer Antonov, forms a major state complex. In 2015, Antonov was transferred to the Ukroboronprom, which consists of a number of multiproduct arms companies and conglomerates in various defense sectors, in a bid to combine all aircraft manufacturers under a single roof.

Antonov most recently announced its intention to cooperate with Turkish partners, including on the joint production of aircraft.

Ukrainian Ambassador to Turkey Andrii Sybiha, confirming Antonov Chairman Oleksandr Los’ visit to Turkey, said on his Twitter account on Aug. 18 that the cooperation between Ukraine and Turkey would go "from underground to over the sky.”

Urusky was in Turkey in late August, when he and Turkish Industry and Technology Minister Mustafa Varank held a meeting to prioritize joint project development and technological research along with strategic cooperation as part of a more systematic and institutionalized structure.

Varank said Ukraine and Turkey enjoyed close ties in terms of history, culture and geography, noting that this relationship was further consolidated with the strategic partnership declared in 2011.

Calling the Ukrainian official's visit a milestone in the forging of new cooperation in critical industrial sectors, Varank said the program focused on strategic sectors such as defense, aviation and shipbuilding.

The visits by Ukrainian officials and the aircraft company chair come amid increased bilateral cooperation, especially in the defense sector.