Lee Kun-Hee, who made SKorea’s Samsung a global powerhouse, dies at 78 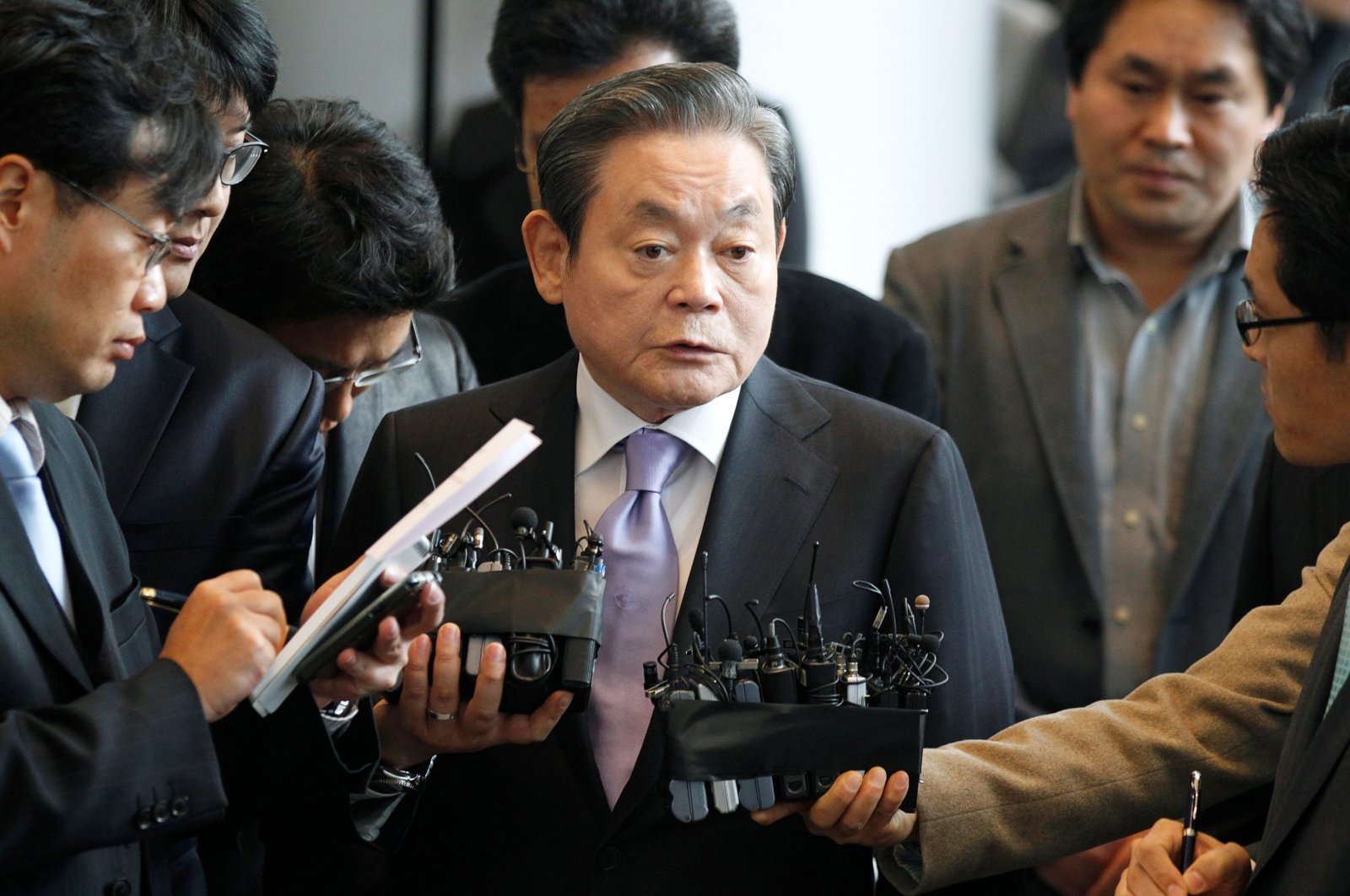 Lee Kun-Hee, the ailing Samsung Electronics chairperson who transformed the small television maker into a global giant of consumer electronics but whose leadership was also marred by corruption convictions, died on Sunday. He was 78.

Lee died with his family members by his side, including his only son and Samsung Vice Chairperson Lee Jae-yong, the company said in a statement.

Samsung didn’t announce the cause of his death, but Lee had been hospitalized since May 2014 after suffering a heart attack and the younger Lee has been running Samsung, South Korea's biggest company.

“All of us at Samsung will cherish his memory and are grateful for the journey we shared with him,” the Samsung statement said. “Our deepest sympathies are with his family, relatives and those nearest. His legacy will be everlasting.”

South Korean President Moon Jae-in will offer a floral tribute and send two senior presidential officials to console Lee’s family as soon as a mourning site is established, Moon’s office said in a statement. It said a personal condolence message from Moon would be conveyed to the family at the mourning site.

Lee's family said the funeral would be private but did not immediately release details.

Lee Kun-Hee inherited control of the company from his father, and during his nearly 30 years of leadership, Samsung Electronics Co. became a global brand and the world’s largest maker of smartphones, televisions and memory chips. Samsung sells Galaxy phones while also making the screens and microchips that power its major rivals Apple’s iPhones and Google Android phones.

Lee leaves behind immense wealth, with Forbes estimating his fortune at $16 billion as of January 2017.

His death comes during a complex time for Samsung.

When he was hospitalized, Samsung’s once-lucrative mobile business faced threats from upstart makers in China and other emerging markets. Pressure was high to innovate its traditionally strong hardware business, to reform a stifling hierarchical culture and to improve its corporate governance and transparency.

Like other family-run conglomerates in South Korea, Samsung has been credited with helping propel the country’s economy to one of the world’s largest from the rubbles of the 1950-1953 Korean War. Their opaque ownership structure and often-corrupt ties with bureaucrats and government officials, however, has been viewed as a hotbed of corruption in South Korea.

Lee Kun-Hee was convicted in 2008 for illegal share dealings, tax evasion and bribery designed to pass his wealth and corporate control to his three children. In 1996, he was convicted of bribing a former president but in both cases, he avoided jail after courts suspended his sentences, at the time a common practice that helped make South Korean business tycoons immune from prison despite their bribery convictions.

Most recently, Samsung was ensnared in an explosive 2016-2017 scandal that led to South Korean President Park Geun-hye’s ouster and imprisonment.

Lee Jae-yong was sentenced to five years in prison in 2017 for offering 8.6 billion won ($7 million) in bribes to Park and one of her confidants to help secure the government’s backing for his attempt to solidify control over Samsung. He was freed in early 2018 after an appellate court reduced his term and suspended the sentence but last month, prosecutors indicted him again on similar charges, setting up yet another protracted legal battle.

Lee Kun-Hee was a stern, terse leader who focused on big-picture strategies, leaving details and daily management to executives.

His near-absolute authority allowed the company to make bold decisions in the fast-changing technology industry, such as shelling out billions to build new production lines for memory chips and display panels even as the 2008 global financial crisis unfolded. Those risky moves fueled Samsung’s rise.

Lee was born on Jan. 9, 1942, in the southeastern city of Daegu during Japan’s colonial rule of the Korean Peninsula. His father, Lee Byung-chull, had founded an export business there in 1938, and following the 1950-1953 Korean War, he rebuilt the company into an electronics and home appliance manufacturer and the country’s first major trading company.

When Lee Kun-Hee inherited control of Samsung from his father in 1987, Samsung was relying on Japanese technology to produce TVs and was taking its first steps toward exporting microwaves and refrigerators. The company was expanding its semiconductor factories after entering the business in 1974 by acquiring a near-bankrupt firm.

A decisive moment came in 1993 when Lee Kun-Hee made sweeping changes to Samsung after a two-month trip abroad convinced him that the company needed to improve the quality of its products.

In a speech to Samsung executives, he famously urged, “Let’s change everything except our wives and children.”

Not all his moves succeeded.

A notable failure was the group’s expansion into the auto industry in the 1990s, in part driven by Lee Kun-Hee’s passion for luxury cars. Samsung later sold near-bankrupt Samsung Motor to Renault. The company also was frequently criticized for disrespecting labor rights. Cancer cases among workers at its semiconductor factories were ignored for years.

Earlier this year, Lee Jae-yong declared that heredity transfers at Samsung would end, promising the management rights he inherited wouldn’t pass to his children. He also said Samsung would stop suppressing employee attempts to organize unions, although labor activists questioned his sincerity.

The 52-year-old Lee expressed remorse for causing public concern over the 2016-2017 scandal but did not admit to wrongdoing regarding his alleged involvement.

Lee Kun-Hee resigned as chairman of Samsung Electronics before the 2008 conviction. He received a presidential pardon in 2009 and returned to Samsung’s management in 2010.

“As South Korea’s most successful entrepreneur, (Lee Kun-Hee) received a dazzling spotlight, but he had many vicissitudes full of grace and disgrace,” the ruling Democratic Party said in a statement. “We hope a ‘new Samsung’ will be realized at an early date as Vice Chairman Lee Jae-yong promised.”