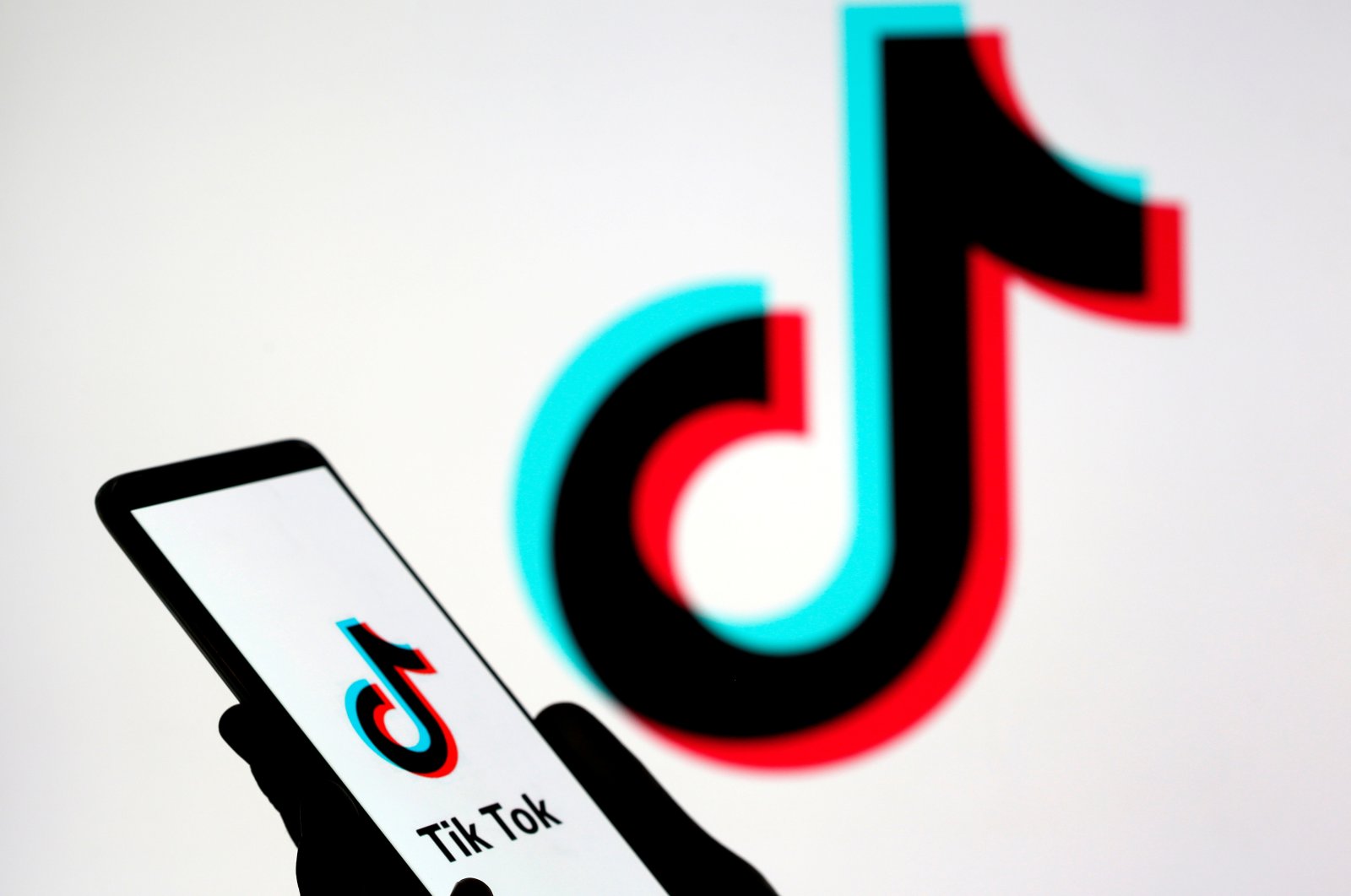 A person holds a smartphone with the TikTok logo displayed in this picture illustration taken Nov. 7, 2019. (Reuters Photo)
by French Press Agency - AFP Aug 03, 2020 11:43 am
RECOMMENDED

Microsoft announced Sunday it would continue talks to acquire the United States operations of popular video-sharing app TikTok, after meeting with President Donald Trump who seemingly backed off his earlier threats to ban the Chinese-owned platform.

"Following a conversation between Microsoft CEO Satya Nadella and President Donald J Trump, Microsoft is prepared to continue discussions to explore a purchase of TikTok in the United States," the company said in a statement, acknowledging the "importance of addressing the President's concerns" over national security.

Microsoft added that it would continue negotiations with ByteDance, TikTok's Chinese parent company, with the intention of "completing these discussions no later than September 15."

The statement came after Trump on Friday said he would ban the app, which is especially popular among young audiences who create and watch its short-form videos and has an estimated 1 billion users worldwide.

TikTok should be sold or blocked in the U.S., Treasury Secretary Steven Mnuchin told ABC earlier Sunday, while Secretary of State Mike Pompeo said on Fox News the president would "take action in the coming days with respect to a broad array of national security risks that are presented by software connected to the Chinese Communist Party."

TikTok denies it could be a tool for Chinese intelligence, with its U.S. general manager Vanessa Pappas declaring Saturday: "We're not planning on going anywhere."

"The United States would be the biggest loser if it banned TikTok," Daniel Castro, vice president of the think tank Information Technology & Innovation Foundation, said Saturday.

"All of its data centers are outside of China, and there is no evidence that it presents a national security threat."

Trump said he would use an executive order to ban TikTok, or the International Emergency Economic Powers Act, a law granting the president powers to regulate international trade in the face of an "unusual and extraordinary threat" from abroad to U.S. foreign policy, national security or the economy.

His threat has caused great concern for U.S. TikTok users, particularly content creators who make money on the platform.

Many of them have posted links to their Instagram or YouTube accounts so as not to lose followers if the platform is ultimately blocked.

In its statement, Microsoft said it plans to "build on the experience TikTok users currently love, while adding world-class security, privacy, and digital safety protections."

Buying TikTok would give Microsoft a chance to break into the social networking market.

The IT group currently owns the professional networking platform LinkedIn, and Teams, an internal messaging service for companies.

Pappas promised Saturday to create 10,000 U.S. jobs at TikTok over the next three years, in addition to the 1,500 current employees.

"Don't fall for this," responded senior Trump aide Peter Navarro, a fierce China critic and a main architect of the trade war with Beijing.

"China has hired a whole bunch of American lobbyists. They put a puppet CEO in charge of that company," he told Fox News, referring to former Disney executive Kevin Mayer, who became the CEO of TikTok in May.

On Friday evening Trump indicated he opposed a takeover of TikTok by an American company, a solution nevertheless agreed to by most of the involved parties, including ByteDance, according to The New York Times.

"This is getting bizarre. A 100% sale to an American company... mitigates any reasonable data protection concerns," tweeted Alex Stamos, a former Facebook head of security and a researcher at Stanford University.

"If the White House kills this (sale) we know this isn't about national security," he added.