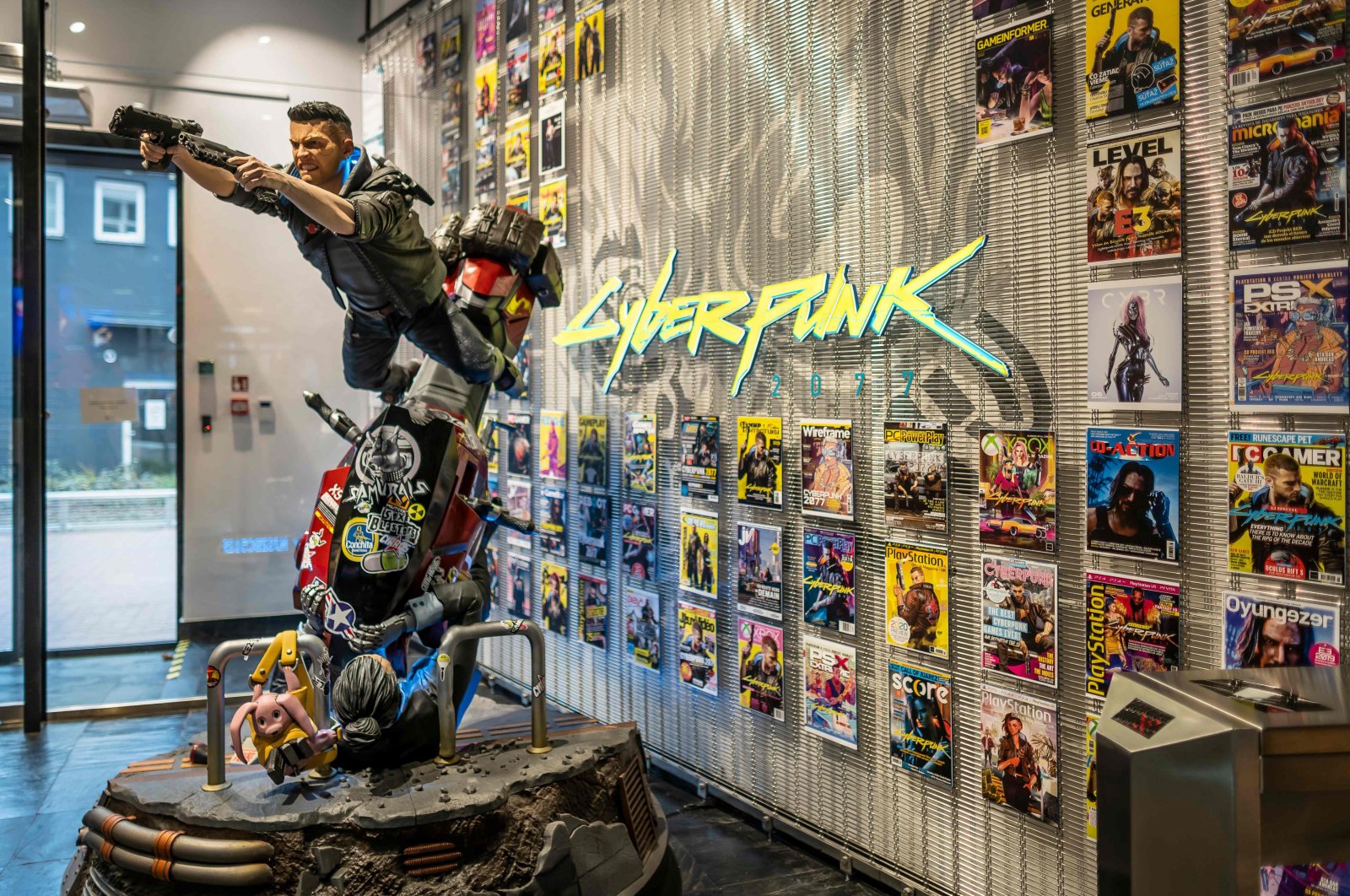 The developer of Cyberpunk 2077, the much-delayed video game reported to be one of the most expensive ever made, has promised a "new quality" of experience for users when it finally launches worldwide on Thursday.

With a global publicity campaign in full swing, Marcin Iwinski, director and co-founder of CD Projekt RED, spoke to Agence France-Presse (AFP) from a Warsaw studio decorated like a scene from the dystopian game.

He brushed off criticism over the delays and said: "This time it's happening."

"We are an innovative company and it is not in our DNA to take shortcuts," said the Polish developer, whose last game "The Witcher" became a global blockbuster.

With Cyberpunk 2077, he said he wants to draw gamers into an "immense" virtual world. The English version contains 450 hours of dialogue voiced by 125 actors.

The main character in the game is gun-toting, leather-clad "V," who features in the yellow advertising posters in a marketing campaign spanning 55 countries including New York's Times Square.

The publicity blitz is comparable "to that of a good film," said Iwinski, who declined to disclose the cost which media reports put in the tens of millions of euros.

The total budget for the game is estimated at 1.2 billion zloty (270 million euros, $328 million), according to analysts at Polish bank BOS, which would make Cyberpunk 2077 one of the most expensive video games ever made.

CD Projekt RED's hugely successful "The Witcher: Wild Hunt" was a somber fantasy whose monster-slaying hero endowed with superhuman powers was a product of the imagination of Polish writer Andrzej Sapkowski.

It was launched in 2015 and is still much loved by gamers for its storyline, dialogue, graphics and humor, as well as the openness of its world.

The Witcher propelled CD Projekt RED's stock value to a whopping 42.7 billion zloty, allowing it to vie with France's Ubisoft for the top spot among European gaming developers.

CD Projekt RED is betting that the punk fantasy world of Cyberpunk – the popular pen-and-paper role-playing game written by Mike Pondsmith – will be an even greater hit.

Iwinski said he wanted to bring "a new quality" into the video game work "in terms of immersing the player in the story, the interaction with other characters, the dialogue and the movement" in Night City – a conflict-ridden American megacity.

'An extrapolation of the future'

Entertainment rating website Metacritic gave Cyberpunk 2077 a score of 91 out of 100 based on an aggregated 44 early reviews of outlets as of Tuesday.

This score is described by the website as "universal acclaim."

But reviews on specialty websites GameWatcher and PCinformer point to a laundry list of bugs that make for a less than seamless experience.

Adam Lach, a Polish photographer and avid gamer, said Cyberpunk was "something exceptional in popular culture."

The game raises "questions about our outlook on the world, where we are headed, while other games are just entertainment," Lach said.

The launch has been anything but smooth, however.

The game was delayed three times this year, sparking a fierce backlash from gamers – some of whom even sent death threats.

The developers blamed the coronavirus pandemic and the complexity of creating such a vast world for nine different platforms.

The game will also be coming out in 18 languages – and will be fully dubbed in 10 of them.

It features the face and voice of actor Keanu Reeves, best known for the "Matrix" and "John Wick," whose participation was greeted with euphoria by fans.

But beyond the glitz of Hollywood, Iwinski said the dystopian vision of Cyberpunk and the cyberware implants used by V are part of "an imaginable reality."

"Cyberpunk is an extrapolation of the future. We will see if it will turn out like that."