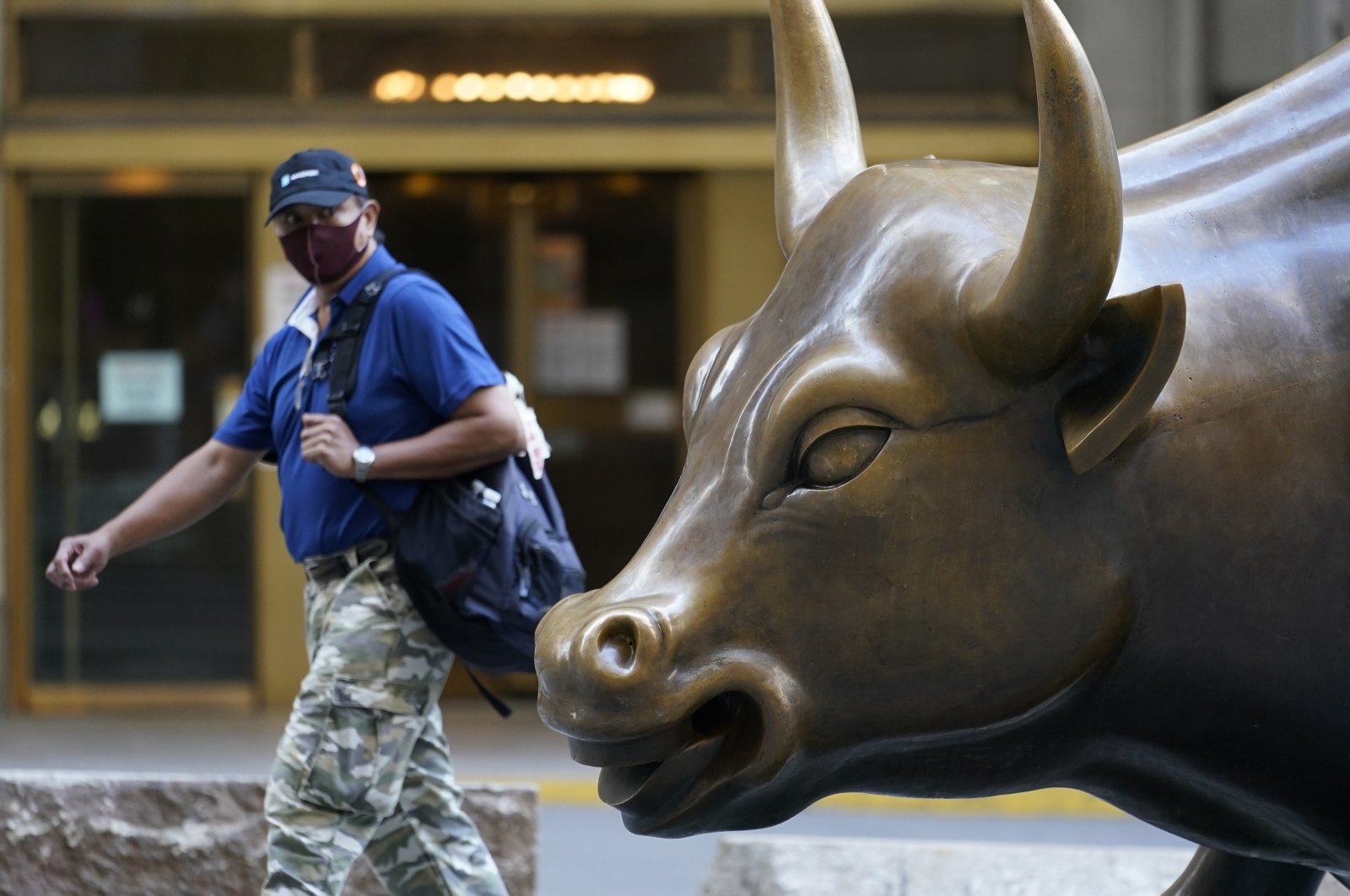 Critics have long been saying that big technology stocks had shot too high, even after accounting for their strong profit growth, and the big question is said to be whether the recent losses can stay mostly confined to the tech area

Wall Street's summer-long party fueled by investors' appetite for some of the world's best-known technology companies has come to an abrupt, if not entirely unexpected, halt.

The sharp sell-off that began last Thursday has wiped out nearly 7.1% from the S&P 500 as of Tuesday, its first three-day skid in nearly three months.

The Nasdaq composite, home to Apple, Amazon, Zoom, Tesla and many other tech stocks that led the market's remarkable five-month comeback from its lows in March, has lost more than 10% after setting an all-time high just four days ago – a decline known in the market as a correction.

Call the last three trading sessions a reality check after what many analysts say was an overdone push by traders into technology companies, especially in August.

"The bottom line is that this correction was long overdue and likely has more downside over the next few weeks (and) months as these positions are cleared out," Morgan Stanley analysts wrote in a research note Tuesday, noting technology stocks had a "parabolic move" last month. Tech stocks jumped 11.8% in August, the sector's best month since a 13.7% surge in April.

Investors' craving for technology companies was fueled by low interest rates, customers stuck at home while the pandemic raged, and efforts by the U.S. government to support out-of-work Americans. An improving outlook for corporate profits has also kept traders in a buying mood.

Wall Street also got a big boost from the Federal Reserve (Fed), which has taken unprecedented actions to keep markets running smoothly and also encourage borrowing by keeping interest rates extremely low. Meanwhile, a surge in trading in options contracts, which give investors the right to buy or sell hundreds of thousands of shares of stock at a time, also turbocharged the gains.

Between March 23 and Sept. 2, the Nasdaq jumped 75% while outpacing the S&P 500′s 60% gain and the Dow industrials' 56.5% rally during the stock market's rebound from its pandemic lows. During the run Apple became the first $2 trillion U.S. company and Zoom itself became worth more than General Motors and Ford Motor Co. combined.

Tesla has been one of the brightest examples of Big Tech's wild movements, and it surged 74.1% in August alone. It slumped 21.1% Tuesday, its worst loss since it began trading a decade ago, amid disappointment that it won't be joining the S&P 500 anytime soon.

Critics have long been saying that big technology stocks had shot too high, even after accounting for their strong profit growth. Such high-growth stocks have been trouncing the performance of stocks that look like better bargains, which are called "value stocks" by investors, by margins wide enough to raise eyebrows along Wall Street.

"The growth versus value outperformance was at an unheard of extreme at the end of August," said Sam Stovall, chief investment strategist at CFRA.

That gap began to narrow on Thursday, when tech stocks began cracking and the Dow fell more than 800 points, and that "showed investors that tech stocks and growth stocks can fall just as easily as they rise," Stovall said.

"It's a reminder that we're still in 2020," said Willie Delwiche, investment strategist at Baird. "The degree of selling we've seen the past few days is just a reminder that volatility is still around."

The big question for the stock market is whether the losses can stay mostly confined to the tech area, which had been soaring so quickly earlier and looked to be the most expensive part of the market.

"How resilient can the stocks beneath the surface be?" said Delwiche. "If they hold up, that would fit with a healthy correction," which is what traders call a drop of 10% for the market and can mark a short-term breather for stocks in the midst of an upward run.

"If they don't, then it could be something more significant."

Even with the recent pullback, tech stocks are still leading the other 10 sectors in the S&P 500 with a gain of just under 23% so far this year.

While the reasons that made tech stocks attractive during the pandemic haven't changed, market watchers have been increasingly raising concerns that the market's gains were too concentrated in technology companies, driving their valuation to levels that started to sound frothy even factoring in the most optimistic outlooks for company earnings growth next year.

For example, the ratio of the stock price compared to the estimate for earnings over the next 12 months for Apple rose to around 35 last week – an all-time high and well above where the ratio was before the pandemic hit the U.S. economy.

"These stocks just got bought up to the point where even the most optimistic of forward (earnings) estimates won't be enough to justify these valuations," said Sam Stovall, chief investment strategist at CFRA.

The timing of the sell-off coincided with fresh concerns that interest rates could move higher after the Fed signaled that it may allow inflation to heat up. That, plus growing unease over the election outcome, may have given investors a green light to pocket some of their recent gains.

"Those are all reasons for something of a pause here," said Delwiche. "It's a case that we'd had so much of a run, everyone was on one side of the ship. It didn't take much of a hiccup to upset things."

At this point, Delwiche is assuming that the market will have a "healthy" correction.

Historically, markets tend to correct themselves when they get too euphoric and stock prices push far higher relative to companies' prospects for earnings growth. The Morgan Stanley analysts suggest this retreat in tech stocks could actually herald the start of more broad-based gains for the market.

"We think there is more downside over next month, but (it) eventually leads to further broadening out of the bull market," the analysts wrote. "It's true that valuations have surged, but this is typical early in a recovery."

The biggest question is whether this blowing off steam for tech stocks will remain just that – a return to sanity for an hugely overbought area of the market – or whether it will drag the rest of the market down with it.

"This is a good reminder that if it feels too good to be true, it probably is," Stovall said.