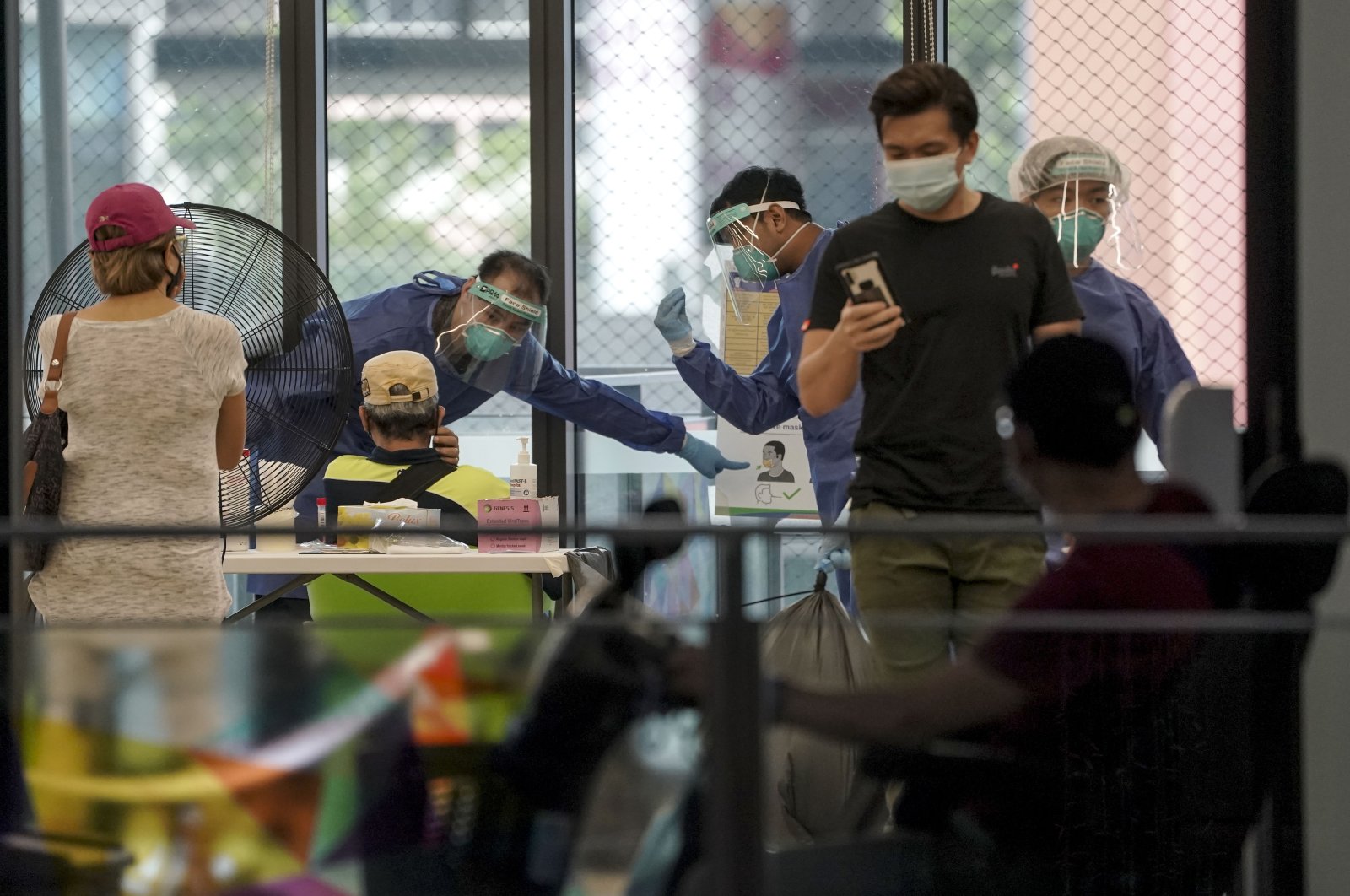 Medical personnel wearing PPE inside a swab testing station at the One Tampines Hub in Singapore, May 20, 2021. (EPA Photo)
by REUTERS May 20, 2021 1:26 pm
RECOMMENDED

Singapore on Thursday ordered social media giants Facebook and Twitter to carry a correction notice to users in the country over what it says is a false statement about a new COVID-19 variant originating in Singapore.

The Ministry of Health said it was aware of a statement circulating online on media outlets and social media platforms that implied a new, previously unknown variant of COVID-19 had originated in Singapore and risked spreading to India from the city-state.

The move came after Delhi Chief Minister Arvind Kejriwal said in a Twitter post this week that a new form of the virus that was particularly harmful to children had come to Singapore, and urged for a ban on flights.

Both the Singapore and Indian governments have criticized the opposition politician, saying his comments were not based on facts and were "irresponsible."

The correction orders were issued under Singapore's fake news law known as the Protection from Online Falsehoods and Manipulation Act.

Facebook and Twitter confirmed receipt of the order and said they complied as per the local law.

A prompt on users' Facebook news feeds linked to a government website that said there was no new "Singapore" variant of COVID-19. Neither is there evidence of any COVID-19 variant that is "extremely dangerous for kids," the Health Ministry said.

It said the B16172 strain found in many new COVID-19 cases in Singapore was first detected in India.

Singapore Press Holdings' SPH Magazines, which was also issued the order, said it had complied and posted the notice in its HardWareZone forum.