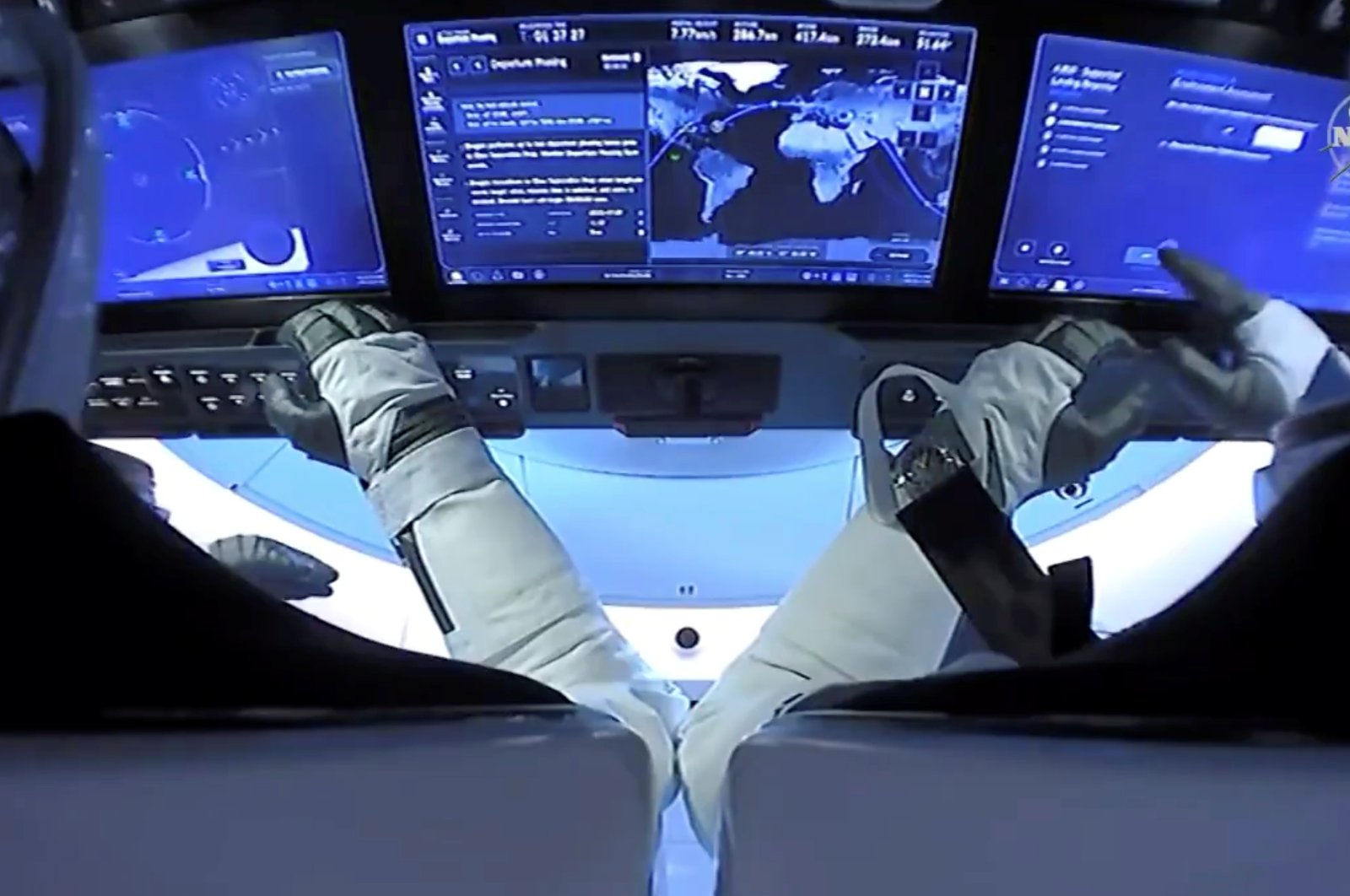 NASA astronauts Bob Behnken and Doug Hurley, who captained the SpaceX Crew Dragon spacecraft, splashed down in the Gulf of Mexico off the coast of Florida's Pensacola.

"Welcome back to planet Earth, thanks for flying SpaceX," mission control said.

The two astronauts were awoken for the final leg of the 19-hour trip on Sunday by audio recordings from their sons, urging them to "hurry home," after the Endeavour capsule undocked from the ISS a day earlier.

The spacecraft's parachutes deployed inside Earth's atmosphere, slowing it down to about 24 kilometers per hour (15 miles per hour) for splashdown, down from the 25,000 kph (15,534 mph) it traveled while orbiting Earth.

A SpaceX ship was ready to recover the capsule from the water.

The event, broadcast live by the U.S. space agency, marked the first water landing in 45 years for NASA astronauts.

The two astronauts launched from Cape Canaveral in Florida in May. It was the first manned launch from U.S. territory in nearly a decade and the first time a private firm, rather than a government space agency, sent astronauts into orbit.

For SpaceX, it was the last major demonstration needed before NASA certifies that the Crew Dragon is ready for regular flights.

The company had previously only transported cargo to the ISS.

Concerns about the weather had dogged the end of the mission, with tropical storm Isaias moving in the region. But SpaceX officials on Sunday described the weather around the splashdown site as "very calm."