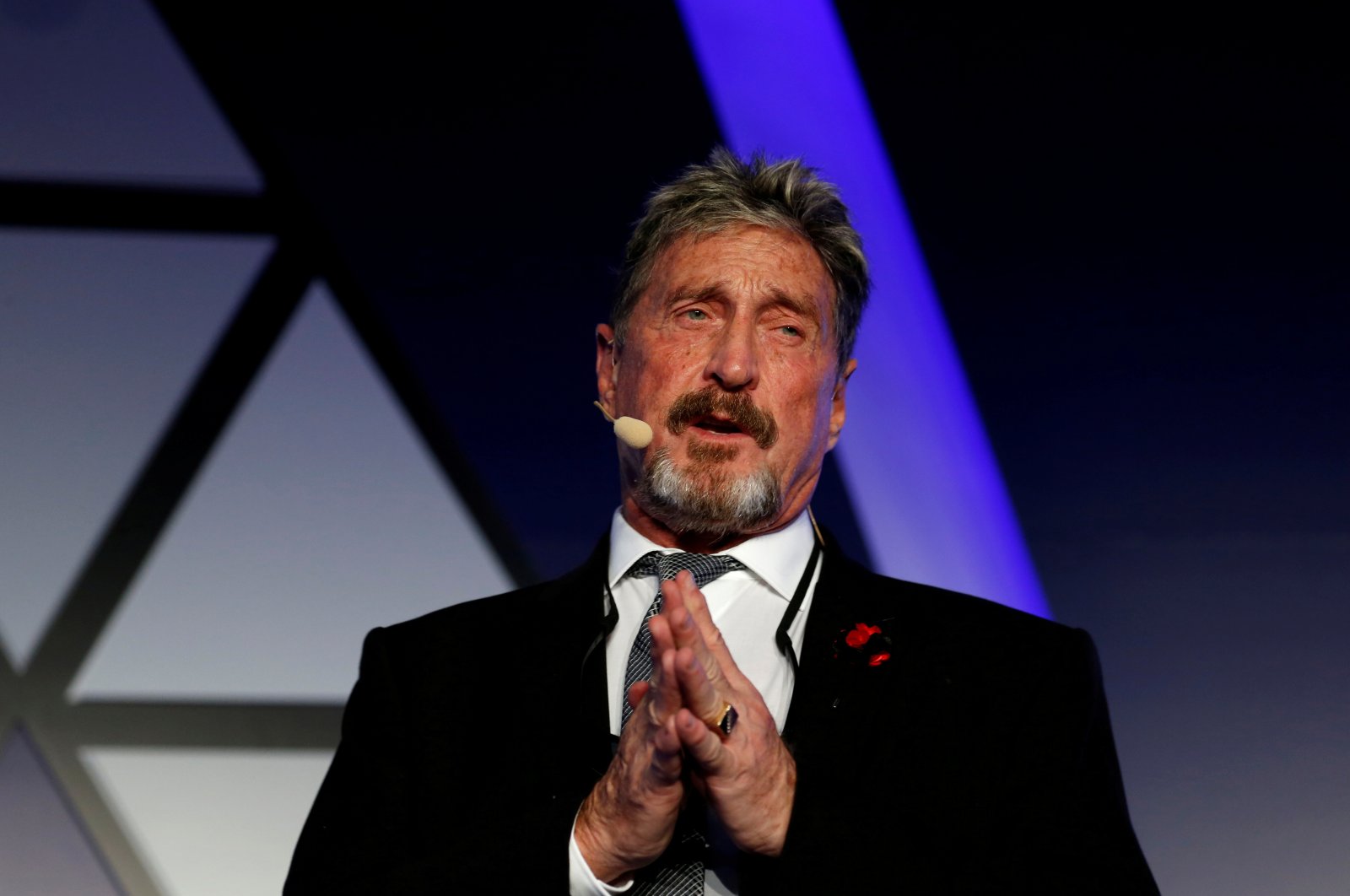 Anti-virus software creator John McAfee, who is wanted in the United States for tax evasion, has been arrested at Barcelona airport, police said Tuesday.

Officers detained the 75-year-old on Saturday as he was about to board a flight to Istanbul and he was being held at a jail near Barcelona awaiting extradition to the United States, a Spanish police source told Agence France-Presse (AFP).

His arrest comes a day after U.S. prosecutors released an indictment against McAfee for allegedly failing to report income made from promoting cryptocurrencies, making speaking engagements and selling the rights to his life story for a TV documentary.

The indictment, which was issued in June but only unsealed on Monday, said McAfee failed to file tax returns from 2014 to 2018, despite receiving "considerable income" from several sources.

McAfee allegedly evaded taxes by directing his income to be paid into bank accounts and cryptocurrency exchange accounts in the names of others, according to the indictment.

He is also accused of evading the U.S. tax office by concealing assets, including real estate, a yacht and a car, by putting them in the name of others.

U.S. officials issued an arrest warrant through Interpol and have asked for his extradition, according to Spanish police.

Since making a fortune with his eponymous antivirus software in the 1980s that still bears his name, McAfee has become a self-styled cryptocurrency guru, claiming to make $2,000 a day. He has nearly 1 million followers on Twitter.

He suddenly became tabloid grist after moving to Belize and his neighbor in the Central American country was mysteriously murdered in 2012, a crime that remains unsolved.

When the police found him living with a 17-year-old girl and discovered a large arsenal of weapons in his home, McAfee disappeared on a monthlong flight that drew breathless media coverage.

The dead neighbor's family later filed a wrongful death suit against McAfee, and last year a court in Florida found against him, ordering him to pay the family more than $25 million.

In 2015, McAfee was arrested in the United States for driving under the influence. He again disappeared from view until January 2019, when he fled the country.