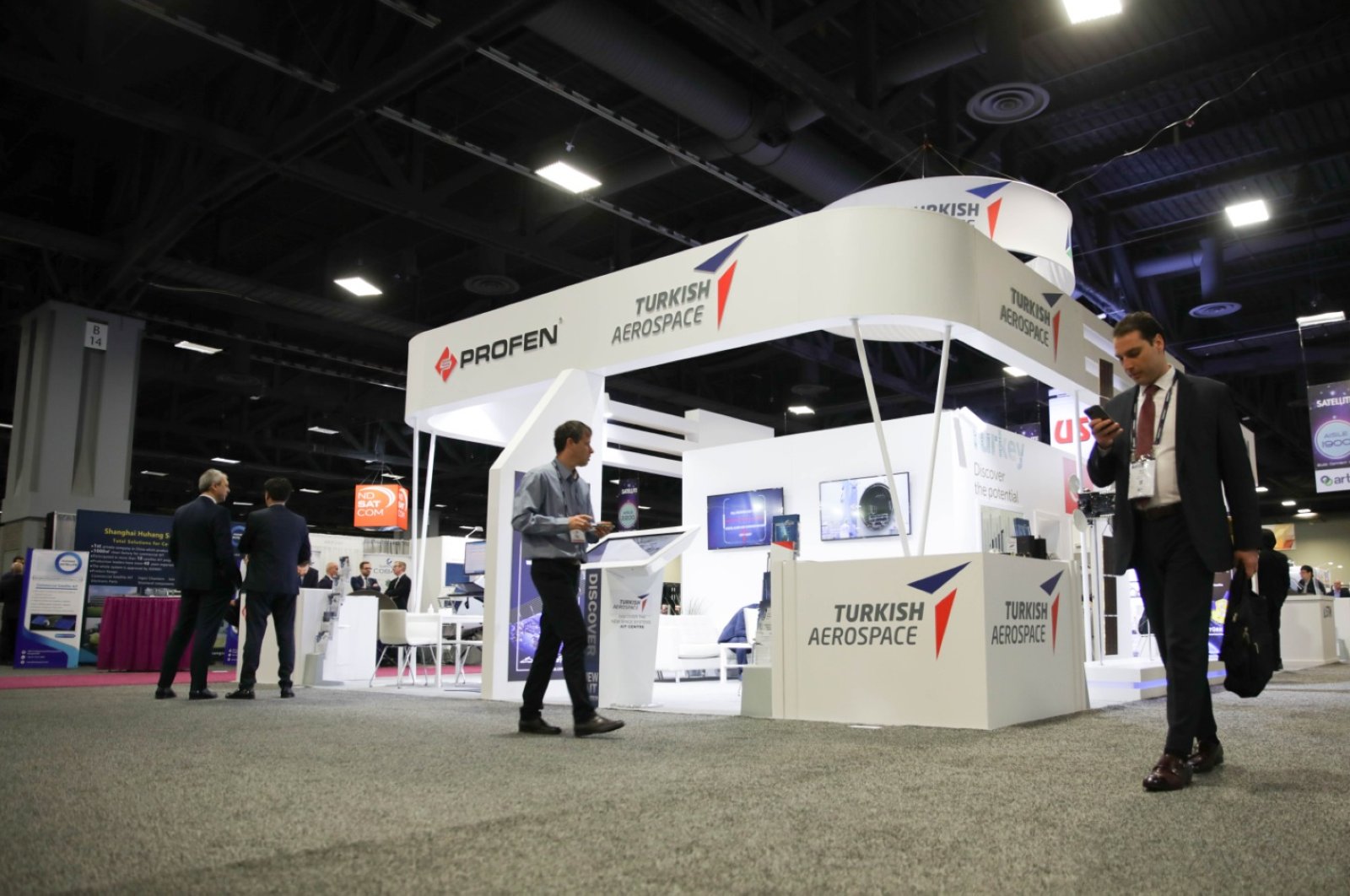 The work Turkey has carried out in the field of satellites will bring the country closer to its 2023 vision goals, Deputy Minister of Transport and Infrastructure Ömer Fatih Sayan said.

Sayan's remarks came at the opening of the Turkish booth at the Satellite 2020 Exhibition, which kicked off Tuesday in Washington, D.C.

Turkey’s Ambassador to Washington Serdar Kılıç as well as other government and business officials attended the ceremony.

The deputy minister noted that they will continue to work with all the companies toward transforming from a market country to a country that produces and exports in the field of satellites.

Sayan pointed out that they have held talks with firms such as Space X and Airbus as part of Satellite 2020, adding: “Turkey's progress in the satellite sector has been revealed by its moves particularly in the last decade, and the whole world appreciates this.”

He said that the participation of domestic companies in the fair made them proud.

New phase in Türksat 6A satellite

Nas stated that they presented Türksat 6A, Turkey's first domestic and national satellite, to participants at the fair, recalling that the project, which has played an important role in the country gaining the ability to make satellites, was initiated in order to meet the satellite needs of Türksat.

Nas further noted that they have taken part in the project as an executive organization together with leading institutions and organizations in the country, such as the Scientific and Technological Research Council of Turkey’s (TÜBİTAK) Space Technologies Research Institute, leading defense contractor ASELSAN and CTECH.

Satellite construction work continues at the first and only Space Systems Integration and Testing (USET) Center, which was inaugurated by President Recep Tayyip Erdoğan at the Ankara TAI Akıncı Facilities in May 2015.

Within the scope of the project, three models – including “thermal structural competence,” “engineering” and “flight” – will be produced.

Production and testing of the first model under the responsibility of TAI were successfully completed in 2018.

Transportation and Infrastructure Minister Cahit Turhan, also speaking at the ceremony, stated that once Türksat 6A is completed, Turkey will be one of 10 countries capable of producing a communication satellite and that they aim for this satellite to start service in space by 2022.