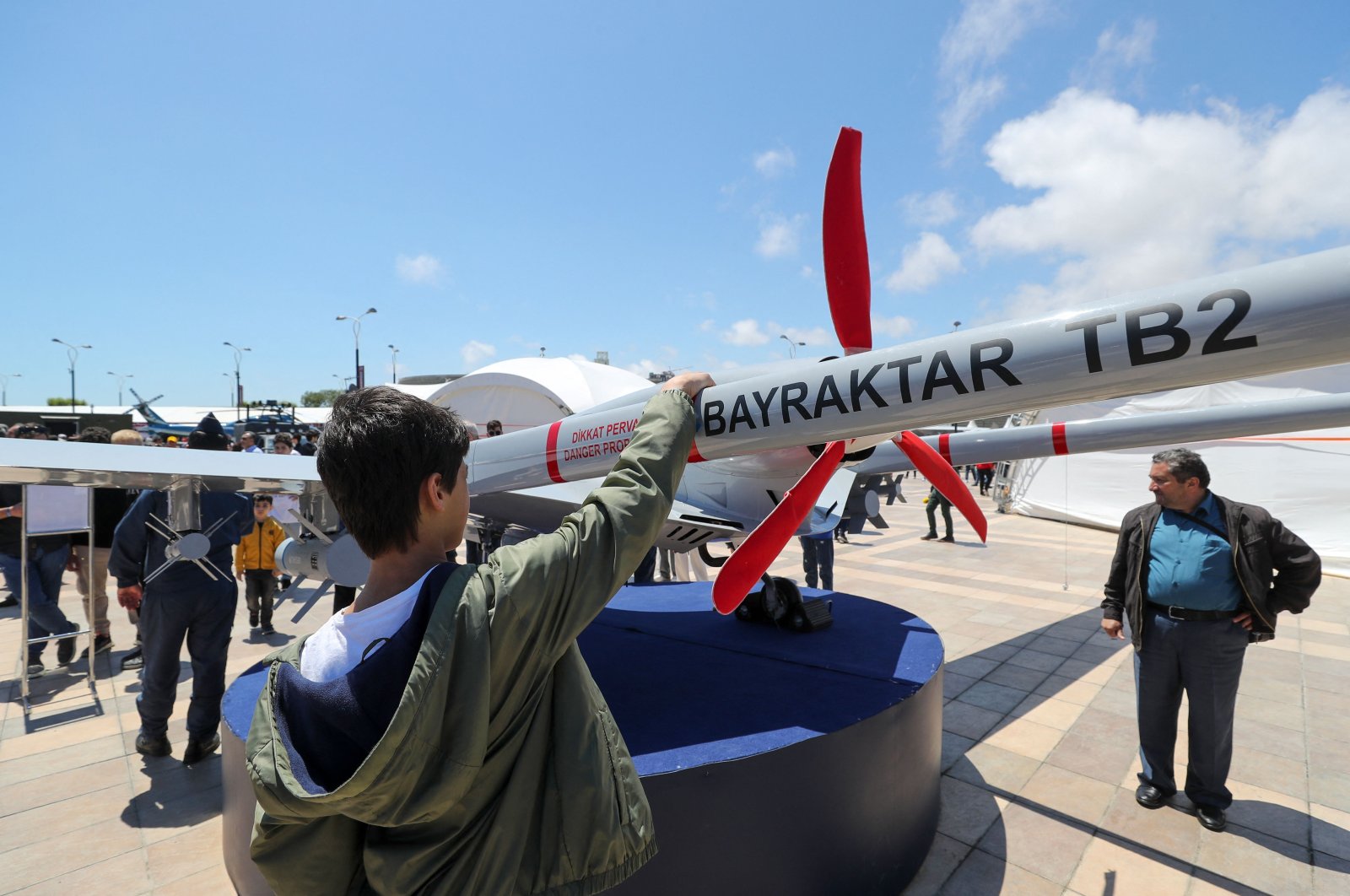 A young man looks at a Bayraktar TB2 drone, manufactured by Turkey's Baykar, as it is presented during the opening of the aerospace and technology festival Teknofest Azerbaijan at Baku Crystal Hall in Baku, Azerbaijan, May 27, 2022. (AFP Photo)
by Anadolu Agency May 30, 2022 4:16 pm
RECOMMENDED

Turkey’s largest technology and aviation event Teknofest hosted 300,000 visitors in its Azerbaijan edition last week, according to a statement on Monday.

The four-day event kicked off on Thursday in the capital Baku's Crystal Hall arena, overlooking the Caspian Sea.

First held in Turkey in 2018, Teknofest made its debut in Azerbaijan this year, officially expanding to the neighboring country.

The event included tech competitions in 10 different categories with a total award of 260,000 Azerbaijan manats (some $153,000).

President Recep Tayyip Erdoğan and Azerbaijani President Ilham Aliyev joined the event along with other top officials from either country.

The Azerbaijani Air Force, the Turkish Air Force's Turkish Stars team and Solo Turk flew over the fair in aerobatic flight shows that have become a hallmark of the event.

On the entertainment side were a vertical wind tunnel, water attractions, flight simulators and robots.

Selcuk Bayraktar, head of the festival and Baykar's chief technology officer, said at the closing event that they hope to organize Teknofest in the Azerbaijani capital again in future editions.

"Hopefully, we will tell the success stories of our startups from our technology competitions in the near future.

"After what I saw in Baku, I'm sure that the national technology move will be one of the most important goals of Azerbaijani young people."

The event's 2022 edition in Turkey will be held in the country's Black Sea province of Samsun from Aug. 30 to Sept. 4.

Last year, Istanbul's Ataturk Airport hosted the event. Its site alternates every year between Istanbul and other Turkish cities.