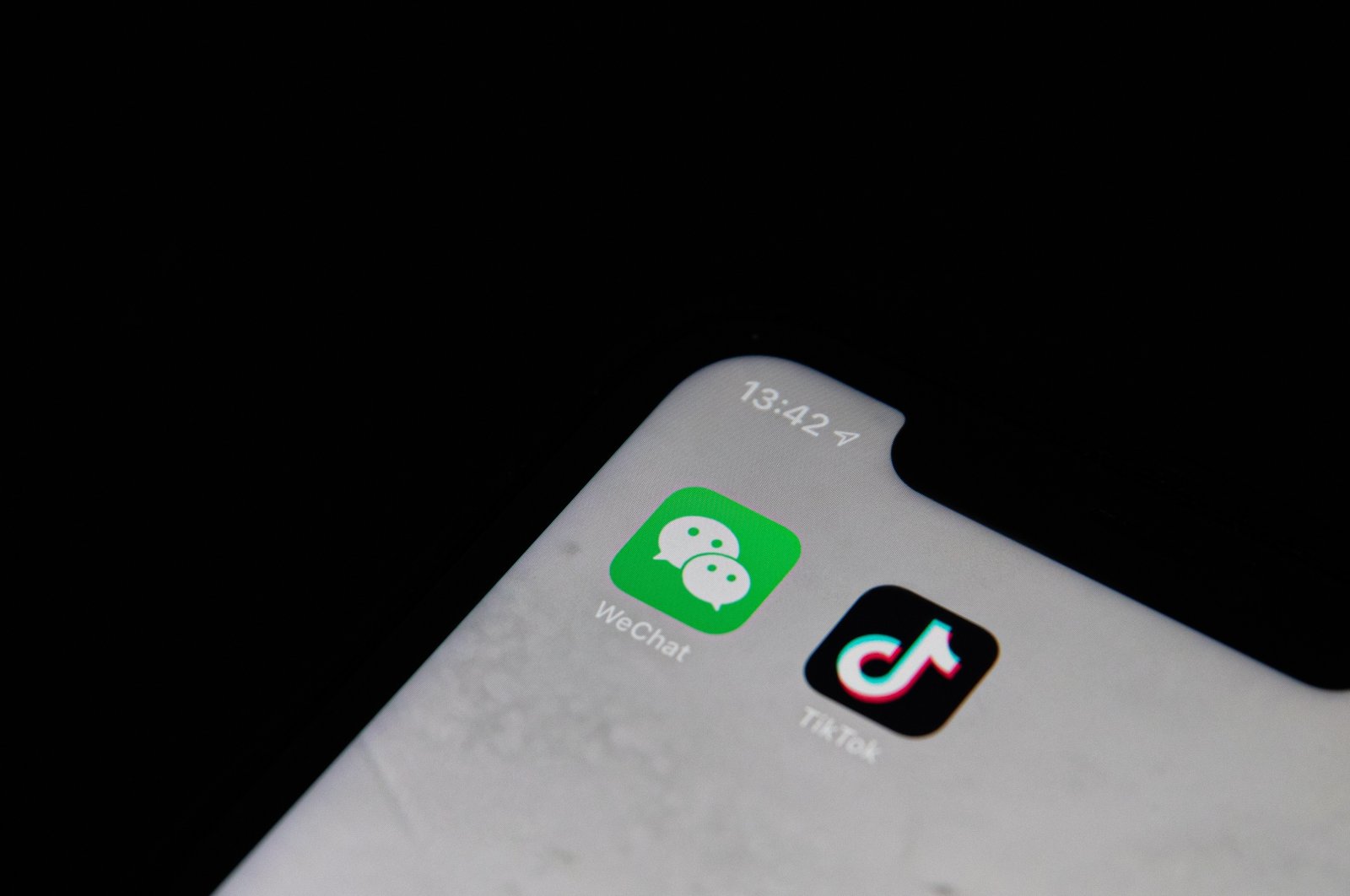 U.S. President Donald Trump has ordered a sweeping but unspecified ban on dealings with the Chinese owners of consumer apps TikTok and WeChat, although it remains unclear if he has the legal authority to actually ban the apps from the U.S.

The twin executive orders issued Thursday – one for each app – take effect in 45 days. The orders say the bans are necessary because the China-owned apps "threaten the national security, foreign policy, and economy of the United States," and call on the Commerce Secretary to define the banned dealings by that time. While the wording of the orders is vague and appears to have been rushed out, some experts said it appears intended to bar the popular apps from the Apple and Google app stores, which could effectively remove them from distribution in the U.S.

"This is an unprecedented use of presidential authority,” Eurasia Group analyst Paul Triolo said in an email. At a minimum, he said, the orders appear to "constitute a ban on the ability of U.S. app stores run by Apple and Google to include either mobile app after 45 days.”

The action is the Trump administration's latest attempt to hobble China, a rising economic superpower. Over the past several years, it has waged a trade war with China, blocked mergers involving Chinese companies and stifled the business of Chinese firms like Huawei, a maker of phones and telecom equipment. China-backed hackers, meanwhile, have been blamed for data breaches of U.S. federal databases and the credit agency Equifax, and the Chinese government strictly limits what U.S. tech companies can do in China.

Election-year politics in the U.S. are fanning the flames, as Trump appears to be using friction with China to drum up voter support.

Both Republican and Democratic lawmakers share concerns about TikTok running from its vulnerability to censorship and misinformation campaigns to the safety of user data and children’s privacy. But the administration has provided no specific evidence that TikTok has made U.S. users’ data available to the Chinese government. Instead, officials point to the hypothetical threat that lies in the Chinese government’s ability to demand cooperation from Chinese companies.

Earlier in the week, Trump threatened a deadline of Sept. 15 to "close down” TikTok unless Microsoft or another company acquires it, a threat the new executive order appears to formalize. On Wednesday, U.S. Secretary of State Mike Pompeo announced an expansion of the U.S. crackdown on Chinese technology to include barring Chinese apps from U.S. app stores, citing alleged security threats and calling out TikTok and WeChat by name.

TikTok did not reply to queries. Tencent and Microsoft declined to comment.

"The U.S. thinking is that anything that is Chinese is suspect,” said Andy Mok, a senior research fellow at the Center for China and Globalization in Beijing. "They’re being targeted not because of what they’ve done, but who they are.”

Leading mobile security experts say TikTok is no more intrusive in its harvesting of user data and monitoring of user activity than U.S. apps owned by Facebook and Google.

"I am the first to yell from the rooftops when there is a glaring privacy issue somewhere. But we just have not found anything we could call a smoking gun in TikTok,” mobile security expert Will Strafach told The Associated Press (AP) last month after examining the app. Strafach is CEO of Guardian, which provides a firewall for Apple devices.

The order does not seem to ban Americans from using TikTok, said Kirsten Martin, a professor of technology ethics at the University of Notre Dame. She added that such an order would be nearly impossible to enforce in the first place.

"If the goal is to get teenagers to stop using TikTok, I’m not sure an executive order will stop them,” she said. "Every teenager knows how to use a VPN (a virtual private network). They will just pretend they are in Canada.”

And it would be difficult to prohibit people from using the apps if they already have them, even if an app-store ban went into effect, said Vanderbilt University law professor Timothy Meyer.

TikTok, known for its short, catchy videos, is widely popular among young people in the U.S. and elsewhere. It is owned by the Chinese company ByteDance, which operates a separate version for the Chinese market. TikTok insists it does not store U.S. user information in China, instead caching it in the U.S. and Singapore, and says it would not share it with the Chinese government.

TikTok says it has 100 million U.S. users and hundreds of millions globally. According to research firm App Annie, TikTok saw 50 million weekly active users in the U.S. during the week of July 19, the latest available figure. That's up 75% from the first week of the year.

WeChat and its sister app Weixin in China are hugely popular apps that incorporate messaging, financial transfers and an array of other services, and claim more than 1 billion users. Around the world, many people of Chinese descent use WeChat to stay in touch with friends and family and to conduct business in mainland China.

Within China, WeChat is censored and expected to adhere to content restrictions set by authorities. The Toronto-based Citizen Lab internet watchdog group has said WeChat monitors files and images shared abroad to aid its censorship in China.

The order against Tencent could have ramifications for users beyond WeChat, which is crucial for personal communications and organizations that do business with China. Tencent also owns parts or all of major game companies like Epic Games, the publisher of Fortnite, a major video game hit, and Riot Games, which is behind League of Legends.

"This is a pretty broad and pretty quick expansion of the technology Cold War between the U.S. and China,” said Steven Weber, faculty director for the Berkeley Center for Long Term Cybersecurity. Weber added that "there is a plausible national security rationale” for the orders.

As president, Trump has frequently taken the unusual step of provoking confrontations, often of a personal nature, with specific companies, both American and foreign.