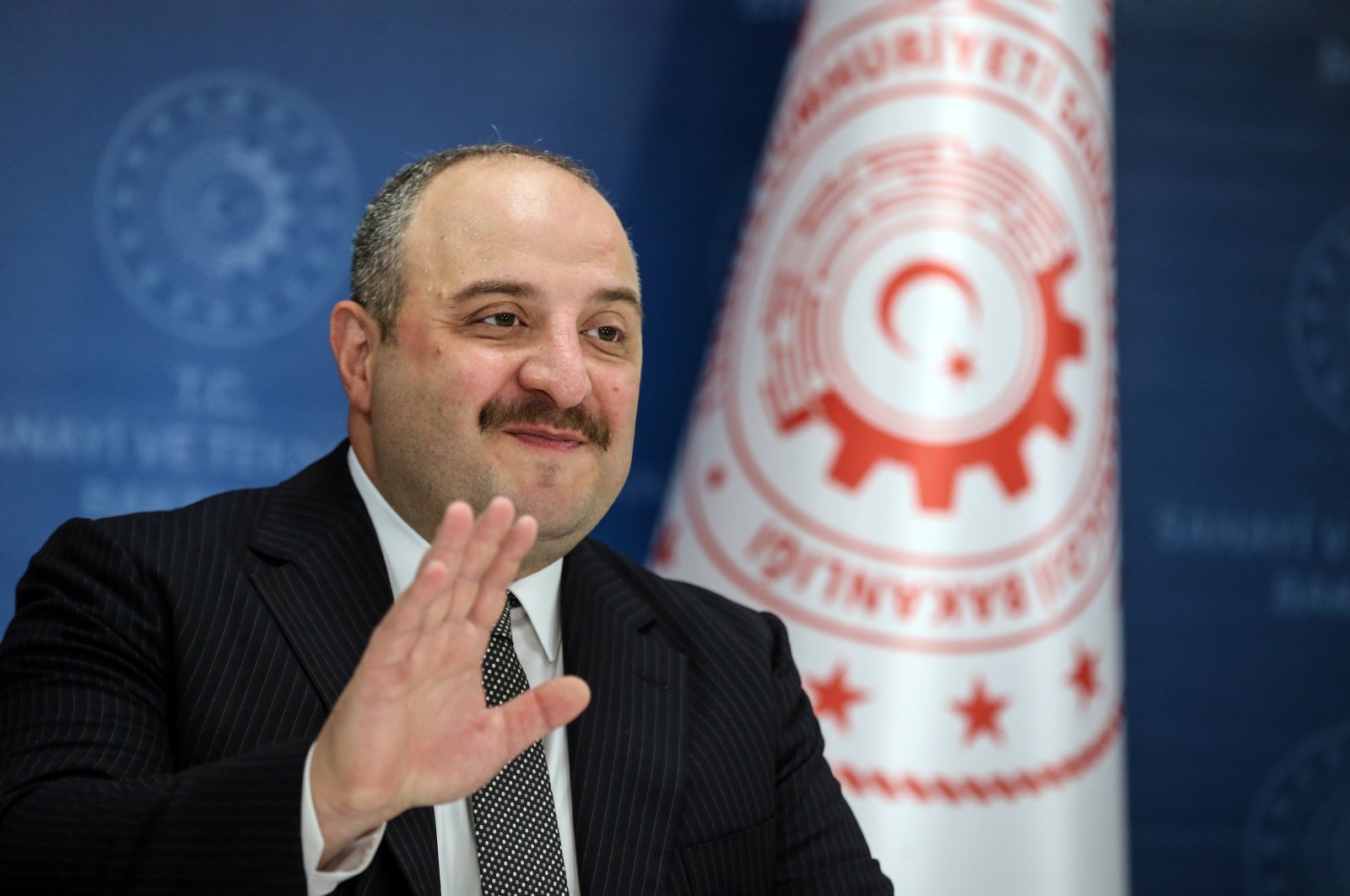 Turkey can work together with Hungary in many fields on the artificial intelligence (AI) value chain, from data producing to developing joint projects and products, Industry and Technology Minister Mustafa Varank said Thursday.

The minister was speaking at the Turkish-Hungarian Artificial Intelligence (AI) and High-Technology Conference held virtually due to the COVID-19 outbreak. Hungarian Technology Minister Laszlo Palkovics also participated in the conference.

“Our research institutions can make mutual project invitations to promote work on artificial technologies. We have a huge cooperation potential on EU projects,” Varank said.

He said that the Digital Europe Program will increase funding in fields including supercomputers, AI, cybersecurity and digital innovation centers and that Turkey and Hungary can establish new partnerships as part of the projects in those fields and can support joint efforts.

Varank stressed that there are huge opportunities in terms of knowledge transfer between the two countries and human resources. The minister suggested establishing a new working group to discuss and address potential cooperation opportunities on AI and the digital economy.

The minister said the country’s national AI strategy, which was prepared within the scope of cooperation between the public, private sector and universities, will be announced soon. The strategy will specifically focus on the ability development, scientific research, ethics and digital infrastructure of AI policies.

Varank, who said Thursday’s conference will pave the way for Turkish-Hungarian cooperation, pointed out that countries like the U.S. and China are leading the way in AI studies, and that if others do not pay enough attention to the field, it is inevitable that those countries will be outpaced.

Varank stressed that they have been closely following the international work in the field and that the country has been actively attending the meetings of the ad hoc Committee on Artificial Intelligence (CAHAI) of the Council of Europe, which has 47 member countries.

The minister said Turkey’s national AI Institute is currently undergoing structuring and, once launched, it will bring together researchers, private sector companies, entrepreneurs and public institutions.

Varank emphasized that investing in human resources is one of the main priorities, noting that AI departments have recently been established in four universities.

He said that those working on AI-related projects can receive scholarships as part of a program launched last year, noting that the ministry has also been promoting research activities prioritizing research and development (R&D) and innovation.

Varank said that they also provide financial support to technology-based entrepreneurs, adding that the Technology and Innovation Investment Fund was established a short while ago.