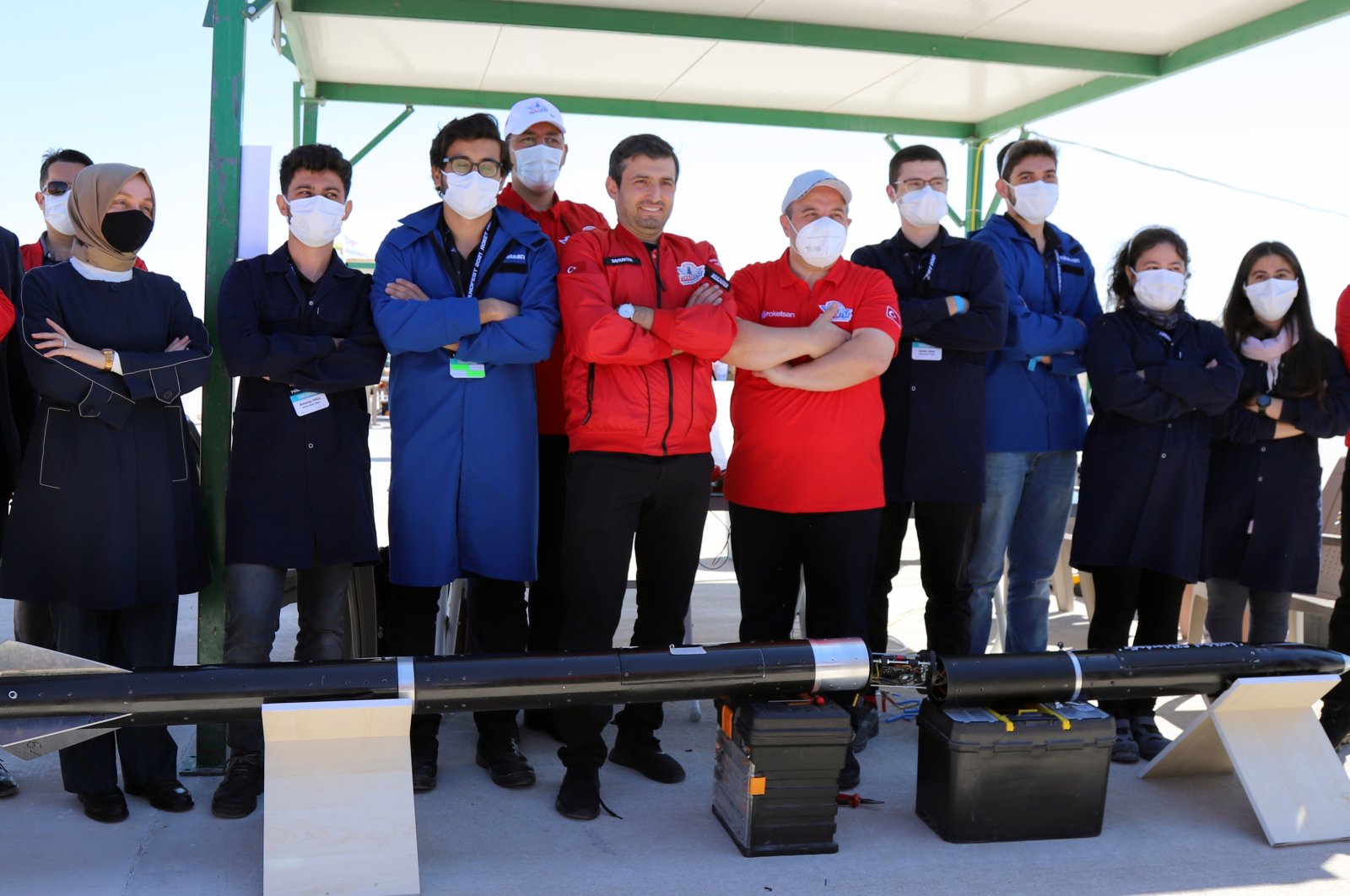 Teknofest, the world's biggest aviation and technology event being held for the fourth time this year, aims to “ignite” the fire in the youth to work in technological fields, Industry and Technology Minister Mustafa Varank said Wednesday.

“We want the month of September to be remembered with technology” in Turkey, he said.

Varank was speaking as part of a field trip to Lake Tuz in central Turkey’s Aksaray province, which hosts this year’s rocket competitions among high school and university student teams.

The competition is organized by leading Turkish defense industry company Roketsan and the Scientific and Technological Research Council of Turkey (TÜBITAK)’s Defense Industries Research and Development Institute (SAGE), as part of Teknofest.

Varank, who listened to presentations from the students about the rockets they developed, said that Teknofest has become the world's largest space, aviation and technology festival.

“There was no such competition held in Turkey before,” Varank said, but now, “starting from high schools, youth teams form and participate in these competitions.”

“Today, we visited the students who will launch their rockets tomorrow,” he said.

Students competing at the rocket competition carry out all the production phases, from design and development to manufacturing.

As part of the competition, the teams will try to reach an altitude of 6 kilometers (3.7 miles) with the domestically designed rockets.

Emphasizing that Teknofest is an important festival for Turkey, Varank went on to say that the enthusiasm and excitement of the young participants and their efforts to form teams and work on these projects means a lot to the ministry as “their excitement excites us even more.”

“We know that the young people who participate in these competitions will be prominent names in such fields in Turkey’s future. They will be scientists and engineers,” he said, commenting that “investing in people,” is the most important type of investment.

Various other competitions are being held within the scope of the "Teknofest Aviation, Space and Technology Festival," jointly organized by the T3 Foundation and the Industry and Technology Ministry. The competitions are organized in 35 different categories this year with the participation of thousands of young people. According to the official statement, thousands of young people are competing in every field of technology, from electric vehicles to unmanned aerial vehicles (UAVs), from rockets to autonomous systems, model satellites and underwater systems.

Teknofest will be open to visitors at the now-closed Atatürk Airport on Sept. 21-26 this year, where the winners will also receive their awards.