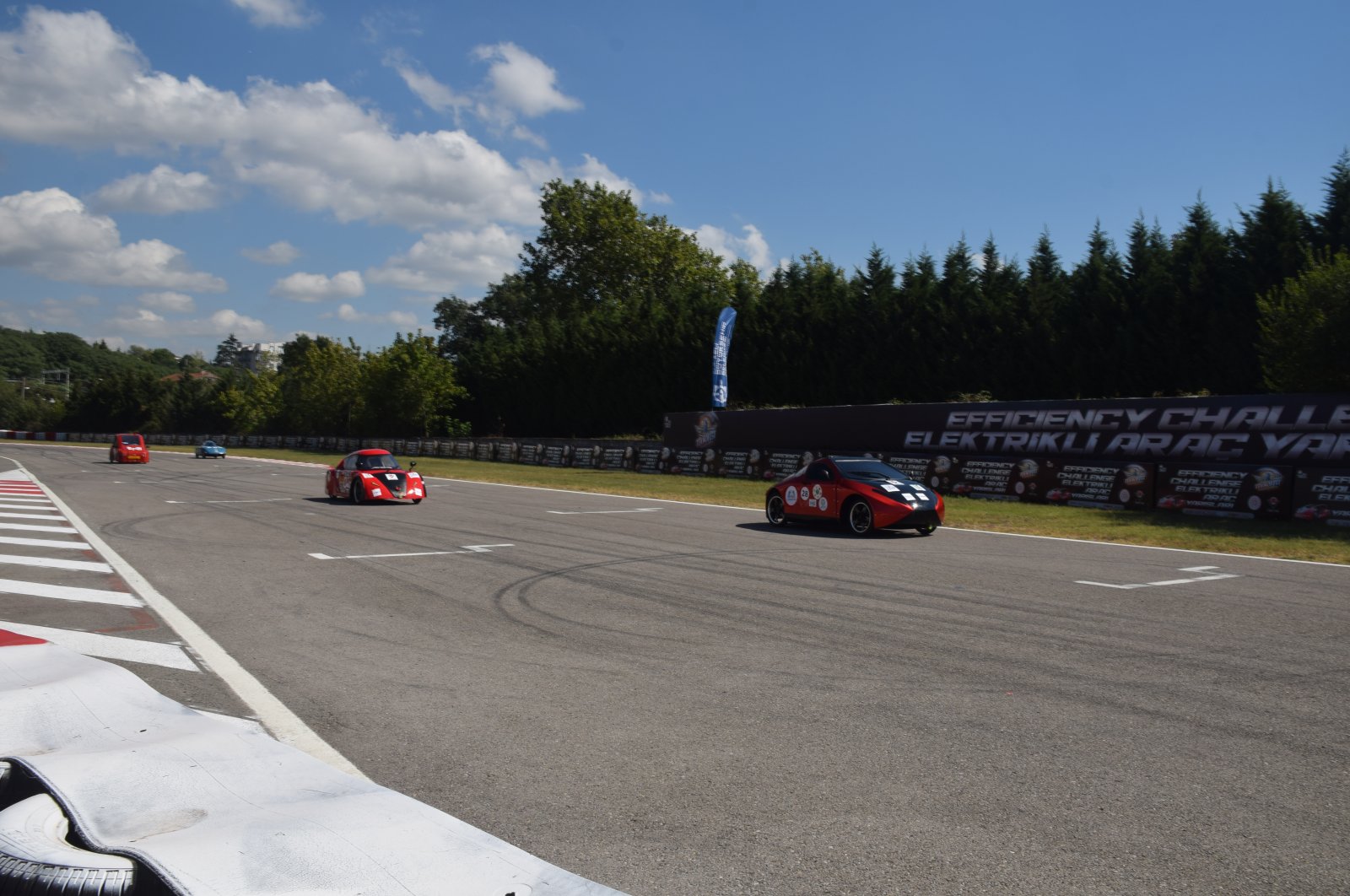 Turkey’s largest aerospace and technology gathering and the world's second-biggest aviation event, Teknofest, is being held for the fourth time this year and several competitions have already begun. The interest in the festival is growing every day, and governments are making requests for Turkey to organize the event in their own countries, Selçuk Bayraktar, the chairperson of the foundation organizing the event and Teknofest, said Sunday.

Bayraktar said that Ukraine, Azerbaijan and Indonesia are among the leading countries that have made such requests while “there are more countries on the list.”

According to the official statement, thousands of young people are competing in every technology field, from electric vehicles to unmanned aerial vehicles (UAVs), from rockets to autonomous systems, model satellites and underwater systems.

Electric vehicles developed by young people competed at Sunday’s Efficiency Challenge Electric Vehicle Races organized by the Scientific and Technological Research Council of Turkey (TÜBITAK). The competitors were involved in everything from their design to their technical equipment.

Bayraktar, further commenting on those competitions, said they are “being held to prepare young people for the technologies (that fit to) the trend of the future."

“Let us have brands in the rising technology trends in the world, let young people develop these technologies and be not only on the consumption side but also on the side that researches, develops and produces them,” he said.

Reminding that 20,000 students applied to these competitions when the Teknofest was first held, Bayraktar said that this number had increased to 50,000 in the second year, 100,000 in the third year and finally reached 200,000 this year.

“In 2019, we held the biggest aviation festival event in the world with 1.72 million participants. This is an indication of our nation's embrace of these areas,” Bayraktar said, commenting that when his generation was in their 20s they thought that Turkey would never have a presence in these areas.

However, much has changed. “Therefore, we believe that great works in the field of science and technology will emerge from our country” with the philosophy of “We do it, and we do it the best we can.”

Emphasizing that Teknofest is now by far the largest technology competition platform globally, Bayraktar, who is also the chief technology officer (CTO) of leading Turkish drone maker Baykar, stated that they do not expect a higher participation rate as the event has reached its upper limits.

Bayraktar stated that they are also slowly starting to reap the fruits of the event and the works accomplished as part of it.

"Initiatives were established and started to operate,” he said, besides, “such a large application is an indication of a great awareness and a paradigm shift in line with the goals of the National Technology Move.”

He added that he believes Turkey will see the clear results of these events in five to 10 years.

Pointing out that the biggest transformation in the world now comes from technology, Bayraktar drew attention to the importance of qualified human capital in this area.

Bayraktar also advised young people to prioritize the interests of the nation and society in their work and to work in the best way in line with their goals.

Competitions to be held

One of the technology competitions being held as part of Teknofest is the Rocket Competition, which is held at Lake Tuz in the Aksaray province in central Turkey. The event is significant as it contributes to the development of Turkey in the field of space and technology, and carrying the dreams of young people to the skies. Within the scope of the competition, the teams are getting ready to compete in four different categories: "high school," "middle altitude," "high altitude" and "difficult duty."

The fourth rocket competition is being held this year under the auspices of Turkey's leading defense industry company Roketsan and TÜBITAK Defense Industries Research and Development Institute (SAGE).

Students are responsible for every stage: design, production, integration, preparation and finally firing their rockets for the championship. Pushing the limits in each category with rockets prepared for the future, the competitions will end on Sept. 12.

Counting the days for UAVs

The technology event, which creates a meeting point for talented students, encourages them to conduct scientific and technical studies, unmanned aerial technologies being one of the fields.

In the Fighting Unmanned Aerial Vehicles Competition organized by Baykar, UAV teams will compete in two categories: "fixed-wing" and "rotary-wing." Within the scope of the competition, it is aimed that young people develop their skills by gaining experience in this field by creating an air-air combat scenario between UAVs in a controlled environment. In the competition, where virtual maneuverability is important, teams must successfully lock onto rival UAVs as many times as possible and avoid being locked up by making aggressive maneuvers. The Fighting UAV Competition will be held at Yunuseli Airport in northwestern Bursa province between Sept. 6-9.

Meanwhile, the flight stages of the Model Satellite Competition, which offers young people the opportunity to experience the process from the design of a satellite and space project to the start of the mission, will also be the scene of a struggle on Sept. 14-17 in Lake Tuz in Aksaray.

The Unmanned Underwater Systems Competition will be held at the Istanbul Technical Univesity (ITU) Olympic swimming pool on Sept. 16-19. It will feature unique underwater robots that enable submarine activities to be controlled. Teams will compete in two different categories as "advanced" and "basic." This competition aims to encourage the creation of multifunctional robots that perform various tasks autonomously with artificial intelligence (AI) and have underwater maneuverability. It is thought that this will lead to the development of key robotic technologies of the future.

Teknofest will be open to visitors at the now-closed Atatürk Airport on Sept. 21-26 this year.