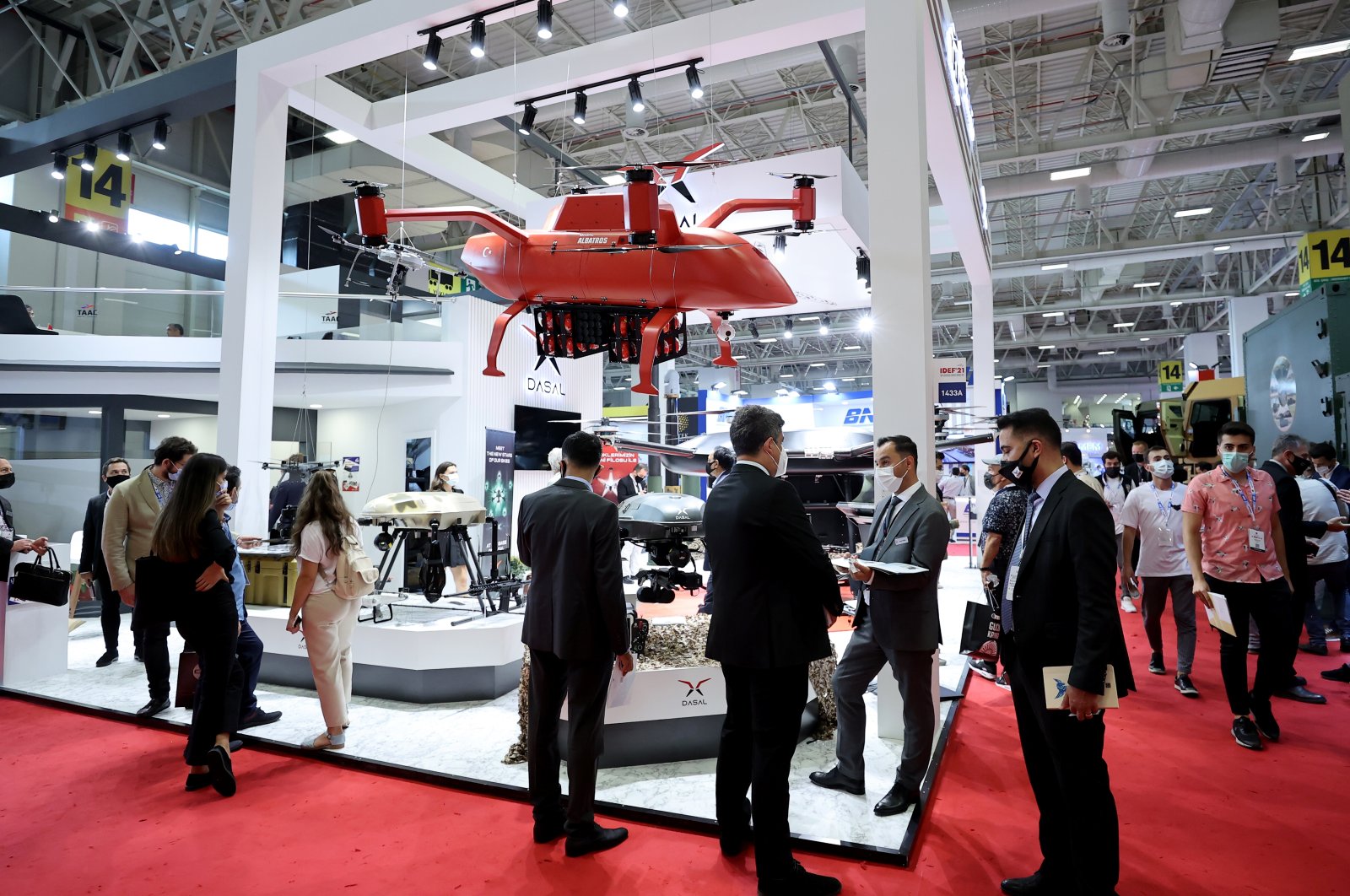 Turkey plans to actively use unmanned aerial vehicles (UAVs) in combat against wildfires, while a local company is now on its way to develop a firefighting fleet with different equipment.

DASAL Aviation Technologies, a partnership between defense giants Aselsan and Altınay, has developed a firefighting concept by using some of the UAVs it produces, an Anadolu Agency (AA) report said Monday.

A three-stage strategy was developed as part of the concept in which 10 different models of UAVs were used on three main platforms.

The first stage features a Fire Detection and Observation UAV. Thanks to the special thermal cameras on them, two different UAVs can detect flames of 1 square meter (10 square feet) and below, depending on the height to be selected, and then transfer images to the center while sharing the location.

The second stage will cover six different First Responder UAVs that prevent the spread and perform preventive extinguishing. These UAVs are designed to carry fire tube and serial firebombs, multiple firebombs, wired liquid sprayers, missile launchers containing solid chemical powder or extinguishing gas, or a multipurpose combo, depending on the type and location of the fire.

In the third phase, the plan was to use two different models of UAVs for anti-spread extinguishing and cooling missions.

The UAVs will carry various preventive materials will be such as specially tuned incendiary bombs, classic firebombs, missiles whose contents can change according to needs.

Thanks to the modular structures, a single UAV will be designed to carry more than one type of equipment, making the system cost-effective.

Also, four different models of UAVs will be used for material support, cargo and search and rescue activities, apart from the 10 different UAVs specially designed for these three stages specified in firefighting.

Güzelmeriç also explained the advantage of having fire-extinguishing bombs with sensors on the UAVs.

“When current firebombs come to the center of the fire, they may not be effective due to high temperature. We calculate the height of our vehicle from the ground, the height of the trees and the flames with our sensors and cameras. For example, if the height is 20 meters (65 feet), we can detonate it at 23 meters and suffocate the air in a similar way to extinguishing systems such as umbrellas. This creates a cooling and fire prevention effect in that area for five minutes, which saves firefighters and other main extinguishing elements a great deal of time,” he explained.

Pointing out that support activities are also a significant factor in the fight against fire, Güzelmeriç said delivering water and food to the response units is particularly important but is difficult, especially in mountainous regions or because the narrow roads leading to the fire area were closed due to vehicles engaged in extinguishing activities.

“For this, our three different cargo models, which we exhibited at the International Defense Industry Fair (IDEF), have the ability to quickly transport 150, 75 and 15-kilogram (330, 165 and 33-pound) loads, respectively, to critical points at speeds up to 100 kilometers (62 miles) per hour,” the company official said.

He added that the content of these loads, apart from water and food, can consist of extinguishing equipment, gloves, or other simple but essential materials for the continuation of the operation.