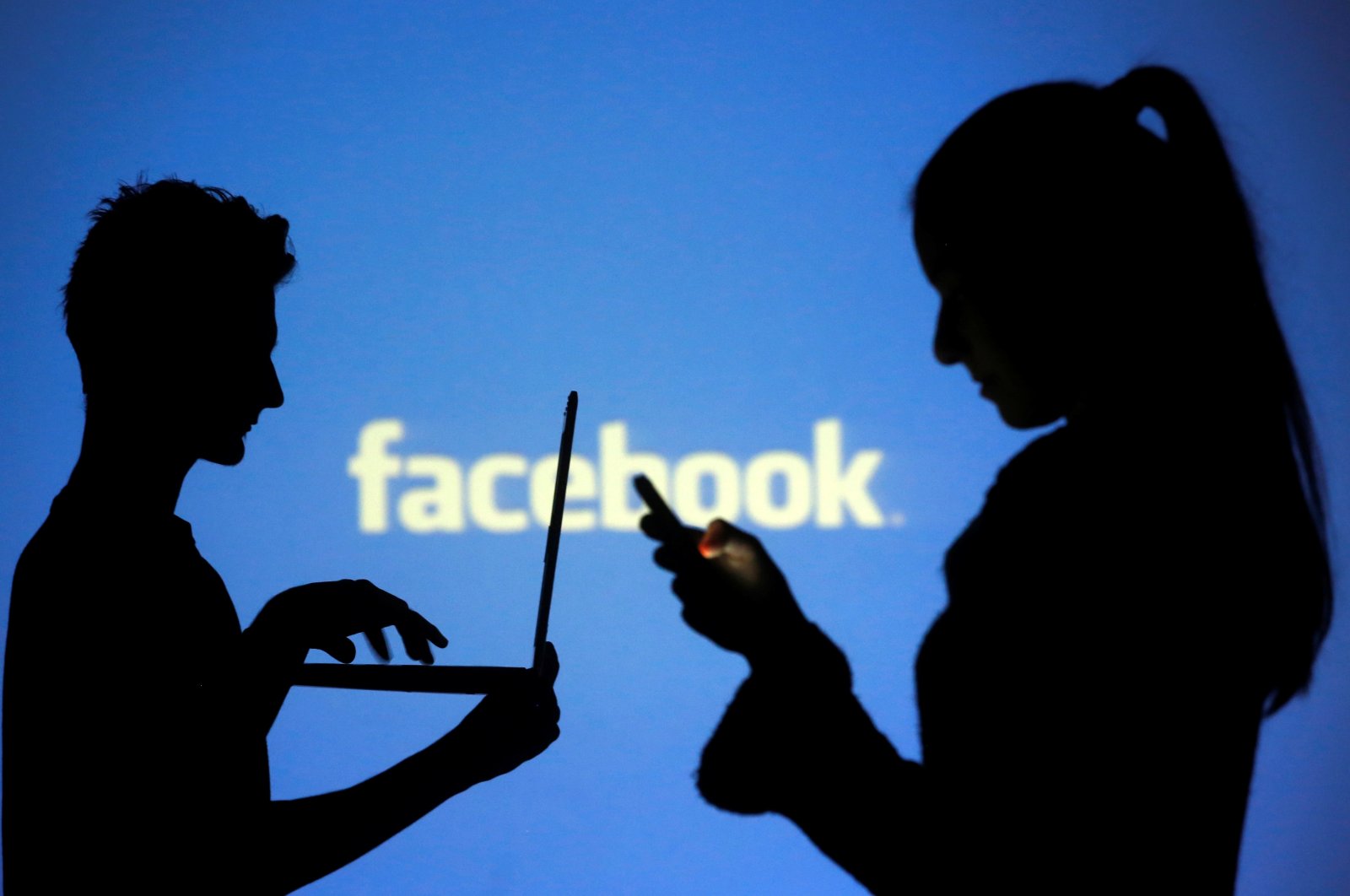 People are silhouetted as they pose with laptops in front of a screen projected with a Facebook logo, in this picture illustration, Oct. 29, 2014. (Reuters Photo)
by DAILY SABAH Apr 06, 2021 5:40 pm
RECOMMENDED

Turkey’s Information and Communication Technologies Authority (BTK) has requested an official explanation from Facebook authorities over the recent massive leak of personal data.

Personal data of more than half a billion Facebook users reemerged online after it was leaked by hackers for free on Saturday. The information from 106 countries included everything from phone numbers, Facebook IDs, full names to locations, birthdates and email addresses.

The leaked data included records of around 20 million users in Turkey, in addition to 32 million from the United States and 11 million in the United Kingdom.

The information appears to be several years old but is another example of the vast amount of data Facebook and other social media platforms collect and the limits to how secure that data is.

Sending an official note on April 4, BTK asked Facebook to inform it as soon as possible of the measures taken regarding the information of the affected Turkish citizens.

Turkey’s Personal Data Protection Board (KVKK) Monday said it had launched a probe into Facebook over the leak.

Deputy Transport and Infrastructure Minister and BTK Chairperson Ömer Fatih Sayan on Monday called on users to change their social media account passwords to more complicated and unpredictable ones and avoid using personal information such as birthdays or relative names in order to ensure data security.

He suggested that users set different passwords for each of their social media accounts, activate two-step verification and not subscribe with their corporate email addresses.

The recent breach is not the first time Facebook is involved in such security issues. In 2018, the political firm Cambridge Analytica had accessed information of up to 87 million Facebook users without their consent, known as the Facebook data privacy scandal.