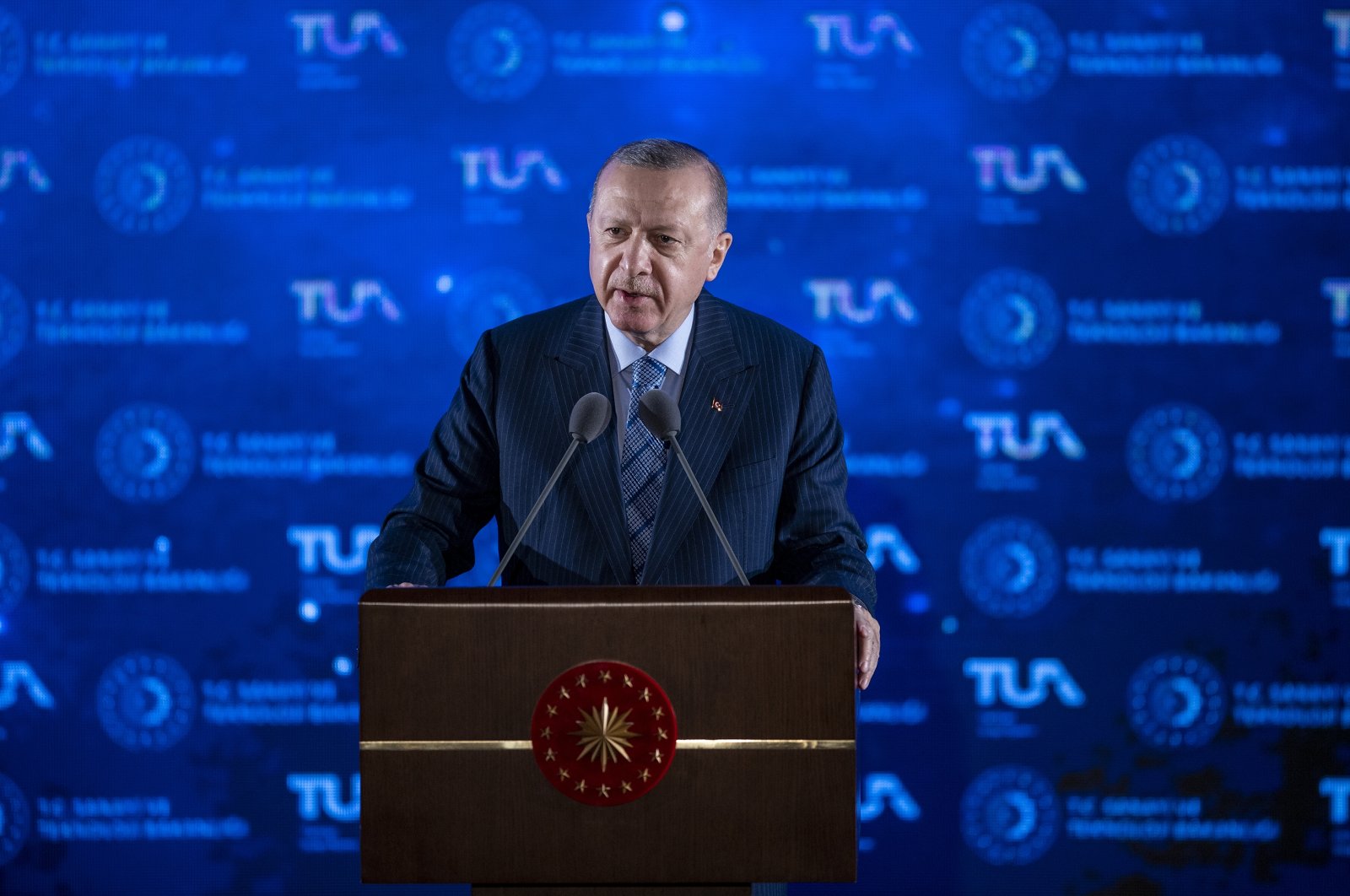 President Recep Tayyip Erdoğan announced Turkey's plans to land on the moon by 2023, in a press conference Tuesday during the inauguration ceremony of Turkey's National Space Program and the Turkey Space Agency.

"Our first goal is to land on the moon by 2023, the 100th anniversary of the Republic of Turkey, I believe Turkish engineers will manage to carry out this mission," he said.

Erdoğan further stated that Turkey aims to build a spaceport with international cooperation.

"Turkey’s second goal is to create a global brand that would compete in the field of next-generation satellite development," he said.

The President also added that Turkey aims to send a citizen to space within the scope of a scientific mission.

"The integration of our domestically-developed high-resolution earth observation satellite is complete," he added, touching upon Turkey's efforts to develop its indigenous satellites.

The new satellite, called the IMECE, is an important step to meet the needs of Turkey's military and civilian sectors for high-resolution images from indigenous technology.

Final assembly of the satellite was done jointly by Turkey's ministries of technology, defense, and transportation.

Following the successful completion of tests, production of the pioneering satellite is set to begin.

Other observation satellites of Turkey include the Rasat, Göktürk-1 and Göktürk-2.

Although the original design life of the Rasat satellite was three years, it successfully completed its ninth year in orbit as of Aug. 17, 2020.

The Rasat satellite, in circular orbit synchronized with the sun and at an altitude of 700 kilometers (435 miles), operates with 7.5 meters of monochrome and 15 meters of multiband spatial resolution push-broom camera.

Turkey’s other Earth observation satellite Göktürk-1, aimed at meeting the high-resolution image need of the Turkish Armed Forces (TSK) for target intelligence, was launched in 2016.

The satellite has a high-speed data communication that can download an image of a nearly 640-kilometer lane in a single pass.

Turkey Space Agency was established in December 2018 to pave the way for the establishment of a competitive indigenous industry and determine the strategies and policies regarding space technologies.