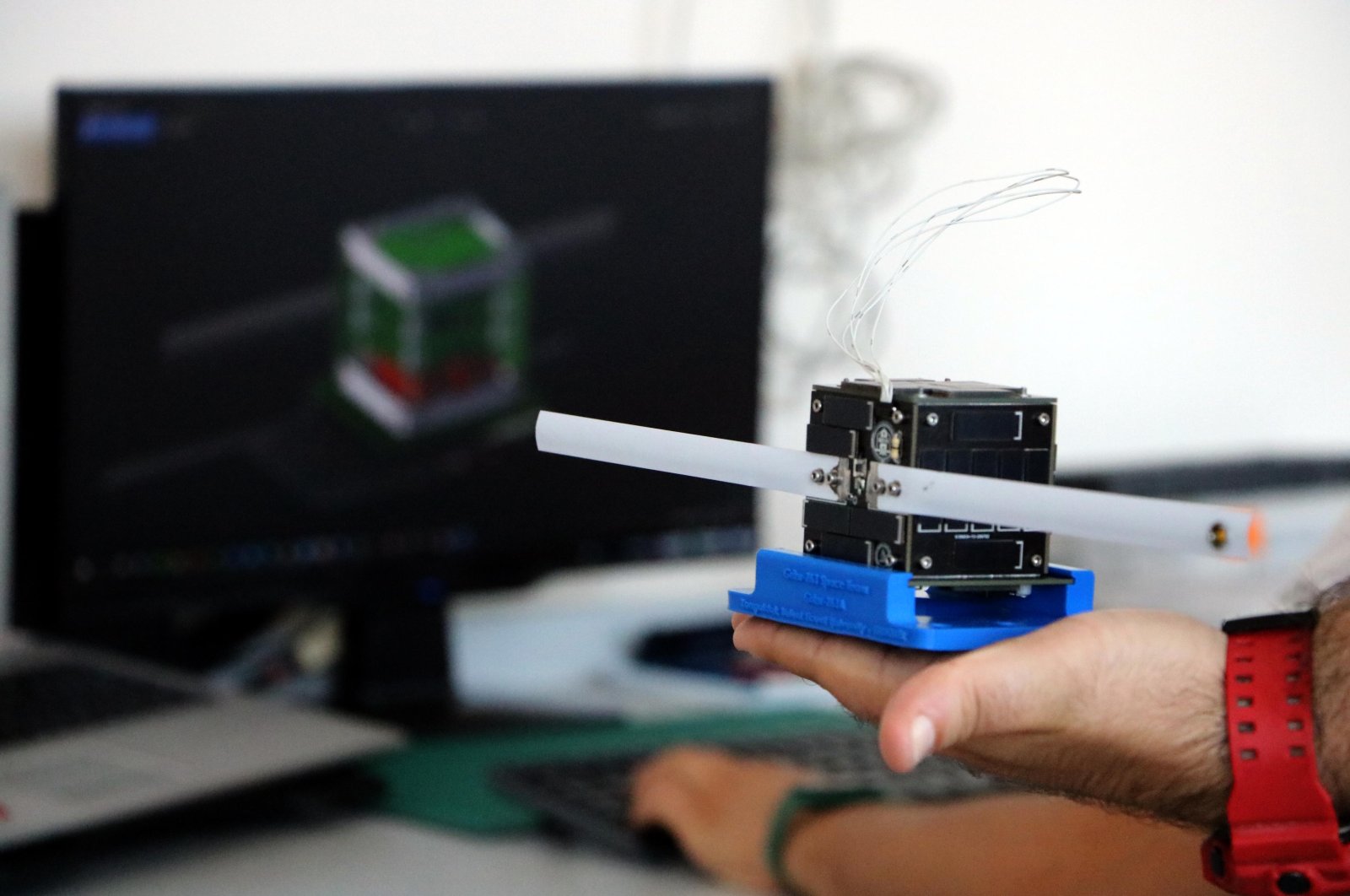 A miniaturized satellite developed by a team of Turkish engineering students has been delivered to a company that plans to send it into space by December.

The Grizu-263A was developed as Turkey’s first PocketQube satellite by the Grizu-263 Space Team at Bülent Ecevit University in Turkey's northern province of Zonguldak.

The Grizu-263 Space Team has previously ranked second worldwide in the CanSat model satellite competition held in 2017 by the American Astronautical Society in the U.S. and sponsored by NASA, Lockheed Martin, Kratos Space, Praxis Inc., Siemens and the U.S. Naval Research Laboratory. The team also was selected as champion in the Türksat model satellite competition in Istanbul in 2019.

The young engineers are now counting the days for the launching of their 5-centimeter square (2-inch square) satellite with a SpaceX Falcon rocket from Cape Canaveral Launching Base in the U.S.

Grizu, or "Firedamp" in Turkish, commemorates a firedamp explosion that occurred in a mine in the mining province Zonguldak's Kozlu district in 1992, leading to the deaths of 263 miners.

Bülent Ekmekçi, the adviser for the team, told reporters Wednesday that they are now one step closer to making their dreams true.

Saying they have received support in every aspect during this process, he said the project will not be an end for them but will rather be a new start for other projects as they are set to continue to work.

“Satellites ... will continue to contribute to our lives, especially in the future," Ekmekçi said. "As vehicles become smaller, devices like satellites are becoming more common.”

Thus, we made Turkey’s smallest size satellite, Ekmekçi said, adding that the team “is a good example of how high value-added technologies will be produced, which routes will be followed, how students, the industry and universities will work in cooperation.”

Team captain Çağla Aytaç Dursun said that they began the space project two years ago with a team that was formed initially in 2016.

“We have produced a 5-by-5-by-5 centimeter cube satellite built according to pocket satellite standards. Our Grizu-263A satellite, which we have completed the design, production and testing stages in two years, was delivered to the launcher company,” she said.

Dursun said that it had been a long and difficult process, explaining that the satellite was planned to serve four years and eight months at an altitude of 525 kilometers (326 miles) above the Earth.